For those U.S. workers fortunate enough to have access to it, paid sick leave is a vital tool for protecting both the public’s health and their own economic stability when an illness strikes. Under most sick leave policies, including those voluntarily provided by employers, workers accrue paid time off as they work—typically 1 hour of sick leave for every 30 hours worked—which they can use to cover short periods away from their jobs if they or a loved one falls ill.

Without this benefit, many workers are forced to choose between going into work sick, leaving their loved ones who are in need of assistance alone, or forgoing a necessary paycheck to recover safely at home. Unfortunately, millions of U.S. workers must face these difficult choices regularly. Unlike workers in nearly all economically comparable nations, U.S. workers have no national guaranteed sick leave.

The United States’ patchwork approach to paid sick leave—made up of state or city mandates, as well as those employers that voluntarily provide this benefit—is increasingly inconsistent with a growing body of literature on the relatively low costs of providing such leave, and the high public health and economic benefits of doing so, including my new working paper on one overlooked perk of this benefit: reduced job turnover for small businesses.

Below, I detail my research findings and the implications for paid sick leave policy in the United States. First, though, let’s turn to the proven health benefits of sick leave for both workers and the public.

Workers without sick leave, many of whom earn low wages, are 1.5 times more likely to go to work while sick. They also are more likely to report receiving threats from their employers for leaving work when sick and have higher levels of psychological distress, relative to workers who can take paid sick leave when they need it. Policies that guarantee access to this workplace benefit can alleviate these challenges and others. Research shows that access to paid sick leave is linked to lower rates of absenteeism and lower levels of psychological distress and occupational injury.

Moreover, sick leave policies protect the public’s health. Research shows reductions in the transmission of influenza-like illness following the implementation of paid sick laws. During the early phase of the COVID-19 pandemic, for example, access to emergency sick leave through the federal Families First Coronavirus Response Act was associated with a significant reduction in COVID cases in states that previously did not have a sick leave guarantee. (See Figure 1.)

In addition to the public health benefits associated with paid sick leave, these programs also have economic benefits both for workers and their employers by reducing job turnover, which can be costly to both firms and workers. A recent study by the University of California, Santa Barbara’s Pete Kuhn and Lizi Yu of the University of Queensland shows employers face many expenses associated with employee turnover, such as the recruitment and training of new employees, short staffing, and low employee morale surrounding departures—all of which affect a firm’s productivity. For workers, job loss or churning through jobs is linked to adverse health outcomes, economic insecurity, income volatility, and, for working parents, adverse behavioral outcomes among their children.

My recent working paper builds on the literature of job turnover, as well as the research on paid sick days. I examine a paid sick leave policy implemented in Seattle in 2012 to determine its impact on workers’ job turnover. While there is considerable research on paid sick leave policies and employment or earnings levels, there have been relatively few studies that look at the effects of local laws on turnover.

I find that Seattle’s paid sick leave policy reduced job turnover by 4.7 percent for workers earning low wages in small firms mandated to comply with the law. Critically, these reductions in job turnover were not accompanied by losses in employment or earnings, suggesting that employers did not pass the costs of the policy down to their workers in the form of earnings reductions or job losses.

While I find that Seattle’s ordinance led to modest declines in turnover for workers earning low wages at small firms, I also show that the broader local labor market was unaffected, positively or negatively, by the ordinance. The reductions in turnover were concentrated among low-wage jobs in small firms because these workers were less likely to have access to paid sick leave prior to the policy’s implementation—highlighting the importance of targeting public policies toward businesses less likely to provide such fringe benefits.

Small firms are less likely to offer paid sick leave relative to large firms, in part due to employer concerns that the benefit may be too costly. Policymakers, in turn, often exempt small employers from these policies, severely limiting the intended impact of the policy change. This leaves low-wage workers at small firms unprotected, as they often lack the savings, assets, or access to credit required to buffer against earnings losses from missed work.

Yet research shows that small businesses are increasingly supportive of paid leave policies. A new working paper by Ann Bartel at Columbia University’s Graduate School of Business and her co-authors finds that support for paid leave among small firms with fewer than 100 employees has grown during the pandemic. Their research documents that nearly 71 percent of small businesses supported paid sick leave policies in the fall of 2020, compared to just below 62 percent in the fall of 2019.

In my own work, too, I find that by reducing job turnover, paid sick leave could save these small employers money. My back-of-the-envelope calculations show that Seattle’s sick leave policy has the potential to save employers roughly $2,300 per year in turnover costs, while prior research shows the costs of implementing these programs are minimal. Small firms thus need not worry too much about the added costs and should instead focus their attention on the savings they will reap through reductions in turnover and employing a healthier workforce.

My latest research joins a growing body of literature showing that there is a better way to support sick workers and their employers than the nation’s current patchwork system. As policymakers at the local, state, and federal levels look to strengthen their economies amid the ongoing COVID-19 pandemic—and guard against the next public health crisis—they should consider paid sick leave guarantees as a low-cost, high-reward policy proven to protect workers’ economic security and health of the public, as well as the broader U.S. economy. 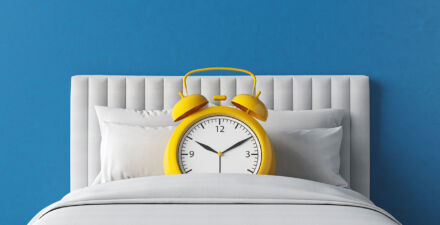 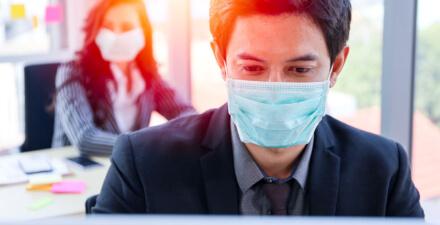