Vision 2020: Evidence for a stronger economy 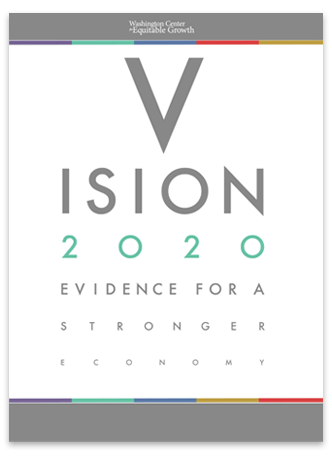 To shape the 2020 policy debate and lead the charge for long-term structural change, the Washington Center for Equitable Growth has released Vision 2020: Evidence for a stronger economy.

This book is a compilation of 21 essays by a new generation of scholars who are proposing evidence-backed, concrete, and at-scale policy ideas to reduce economic and racial inequality and boost shared prosperity. Taken together, these ideas form the backbone of an agenda for equitable economic growth in the third decade of the 21st century. 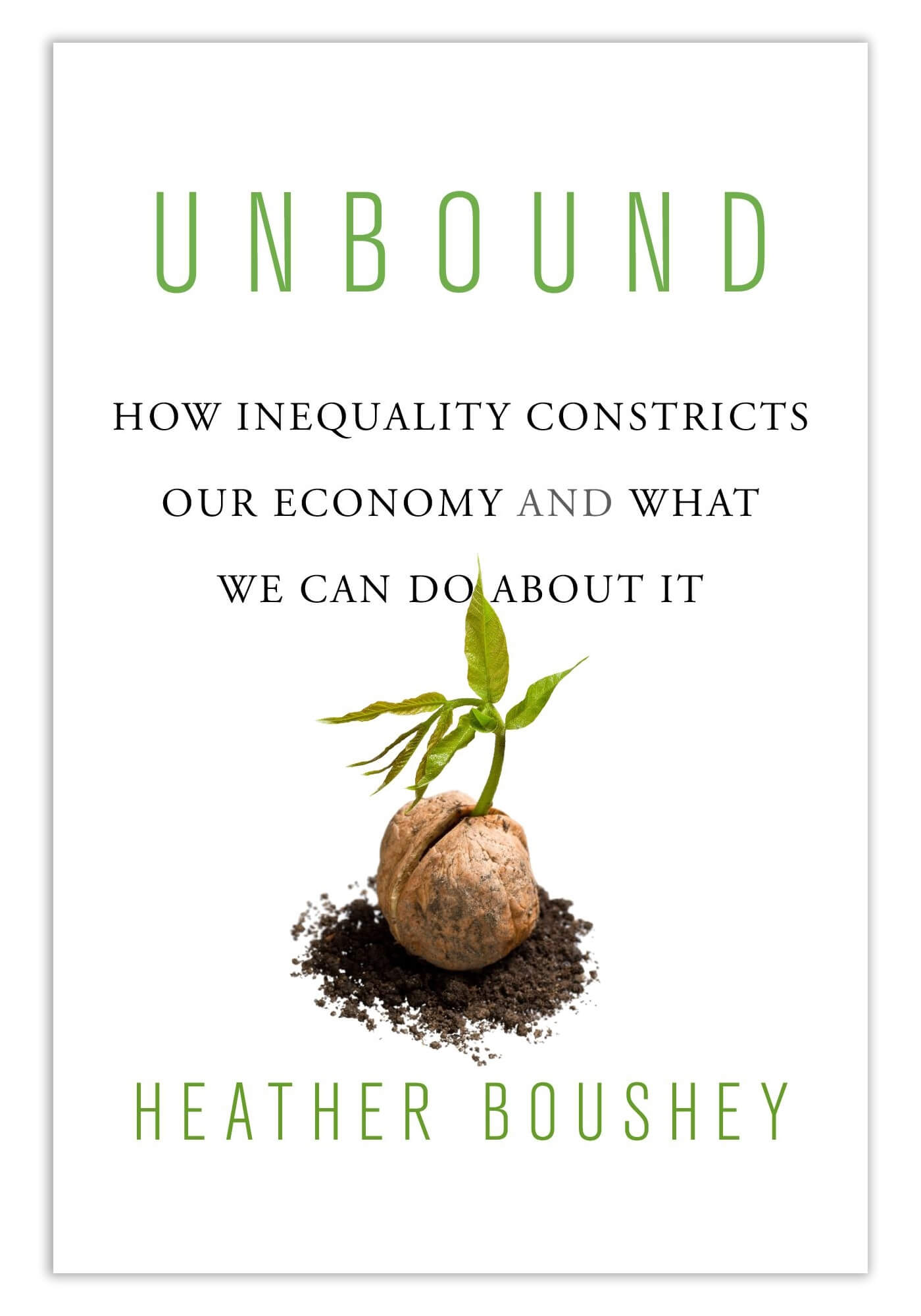 Do Americans really have to choose between equality and prosperity? Many economists argue that reducing economic inequality would require such heavy-handed interference with market forces that it would stifle economic growth. In Unbound: How Inequality Constricts Our Economy and What We Can Do about It, Washington Center for Equitable Growth President and CEO Heather Boushey insists nothing could be further from the truth. Presenting cutting-edge economics with journalistic verve, she shows how today’s inequality has become a drag on growth and an impediment to free market efficiency.

Unbound exposes deep problems in the U.S. economy, but its conclusions are optimistic. Boushey argues that policymakers can preserve the best of our economic and political traditions, and improve on them, by pursing policies that reduce inequality and boost growth. The most critical steps are those that limit inequality’s ability to constrict our economy and tackle the ways that the concentration of economic resources translate into political and social power. The solutions start with addressing the subversions, which creates the opportunity to remove obstructions and limit distortions in the broader economy. Unbound explores several tools that policymakers can adopt to rebalance our economy.

Economic recessions are inevitable and they are painful, with harsh short-term effects on families and businesses and potentially deep long-term impacts on the economy and society. But we can ameliorate some of the next recession’s worst effects and minimize its long-term costs if we adopt smart policies now that will be triggered when its first warning signs appear.

Equitable Growth has joined forces with The Hamilton Project to advance a set of specific, evidence-based policy ideas for shortening and easing the impacts of the next recession. In a new book, Recession Ready: Fiscal Policies to Stabilize the American Economy, experts from academia and the policy community propose six big ideas, including two entirely new initiatives and four significant improvements to existing programs, all to be triggered when the economy shows clear, proven signs of heading into a recession. These proposals (see more on each below) aim to strengthen and add to our automatic stabilizers: policies that inject money into the economy in a downturn and withdraw stimulus when the economy is strong. Congress should consider these policy proposals now because when the next recession appears on the horizon, it may be too late. In “Finding Time: The Economics of Work-Life Conflict,” author Heather Boushey argues that resolving work-life conflicts is as vital for individuals and families as it is essential for realizing the United States’ productive potential. The federal government, however, largely ignores the connection between individual work-life conflicts and more sustainable economic growth. The consequence: business and government treat the most important things in life—health, children, elders—as matters for workers to care about entirely on their own time and dime. That might have worked in the past, but only thanks to a hidden subsidy: the American Wife, a behind-the-scenes, stay-at-home fixer of what economists call market failures. When women left the home—out of desire and necessity—the old system fell apart. Families and the larger economy have yet to recover.