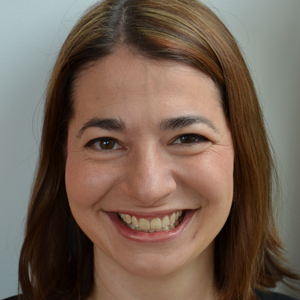 Shayna Strom is the interim president and CEO of the Washington Center for Equitable Growth. She has decades of experience bridging nonprofits, government, philanthropy, and academia, and a deep commitment to fostering economic growth by addressing inequality.

Previously, Strom served as the chief deputy national political director at the American Civil Liberties Union, where she helped launch a 75-person department focused on policy, issue campaigns, and grassroots organizing. Strom also has had a significant government career, including serving on the Biden-Harris transition team. During the Obama administration, she spent 4 years in the White House, working as an adviser to the head of the Office of Management and Budget and as the chief of staff and senior counselor at the Office of Information and Regulatory Affairs, or OIRA, where she negotiated the policy and politics of many of President Barack Obama’s high-profile regulations. She also previously served as counsel on the Senate Judiciary Committee for Sen. Al Franken (D-MN), where she worked on antitrust issues, among other topics.

Strom has worked with several prominent foundations and directed the early U.S. policy work at the Open Philanthropy Project. She also served on the initial leadership team setting up Indivisible as a national nonprofit.