If you follow Equitable Growth on Twitter, you know that we have spent the last 12 days of 2018 counting down the year’s top posts on our new website. Today, we are revealing our #1 post. And here is a list of all our top 12.

The increase in wealth inequality since the 1980s has led to calls for the increased taxation of wealth, but there is relatively little empirical research on the effects of wealth taxes relative to other types of taxes on business and investment income. New research breaks ground on this topic by examining the experience of Denmark, which imposed a tax on wealth until the end of 1996.

Ten years ago, some of the failings of macroeconomics models were made quite bare as the Great Recession ripped through the global economy. Economists were—and continue to be—criticized because their models seemed to lack any sort of connection to reality. Yet in one critical area, those charges don’t stick these days. Macroeconomists are increasingly not missing out on one of the biggest trends in the U.S. economy: high levels of income and wealth inequality.

The links between stagnating wages and buyer power in U.S. supply chains
By Nathan Wilmers
May 22

Both stagnating wages and the outsized—and still growing—market impact of a small number of giant retailers such as Amazon.com Inc. and Walmart Inc. are well-documented trends. Until now, whether these two trends were linked was less known. New research finds that increased pressure from large corporate buyers decreases wages among their suppliers’ workers, and the growing influence of these buyers on workers’ wages is significant enough that it accounts for around 10 percent of wage stagnation since the 1970s.

U.S. income growth has been stagnant. To what degree depends on how you measure it.
By Austin Clemens
November 28

A recent Congressional Budget Office report on the distribution of incomes in the United States has sparked debate about U.S. income growth. Ultimately, this debate is a reminder that policymakers do not currently have a consistent, high-quality measure of how economic growth is distributed.

Income inequality has been rising for decades in the United States. While there are many reasons why this trend may be concerning, one particular worry for economists and policymakers is the effect that it might have on macroeconomic activity: A rise in income inequality implies more income accruing to the rich, a trend that may be depressing overall consumption and, in turn, lowering aggregate output and employment.

Equitable Growth’s Director of Tax Policy Greg Leiserson participated in a panel hosted by the Society of Government Economists, in which he explained how the 2017 Tax Cuts and Jobs Act would likely exacerbate inequality by increasing disparities in economic well-being, after-tax income, and pretax income.

The latest research on the efficacy of raising the minimum wage above $10 in six U.S. cities
By Will McGrew
September 6

Researchers from the University of California, Berkeley, have conducted the first comprehensive empirical study on the earnings and employment effects of gradual minimum wage increases in six cities. The research, funded in part by Equitable Growth, finds that the increases in the minimum wage raised workers’ wages without producing job losses.

Competitive Edge: There is a lot to fix in U.S. antitrust enforcement today
By Fiona Scott Morton
July 19

Antitrust and competition issues are receiving renewed interest, and for good reason. To address important specific antitrust enforcement and competition issues, Equitable Growth this year launched a new blog titled “Competitive Edge.” This series features leading experts in antitrust enforcement on a broad range of topics, and we were honored that Fiona Scott Morton authored this, our inaugural entry.

Labor Day is a time to reflect on reviving workers’ power in the U.S. economy
By Kate Bahn
August 31

Labor Day is a time to reflect on the decline of the American labor movement and its impact on all American workers. Union density stands at just higher than 10 percent as of the end of 2017, down from nearly one-third of households in 1950. Alongside this decline in worker bargaining power is the rise of economic inequality, stagnating wages, and a declining share of national income accruing to workers. And in light of the recent U.S. Supreme Court decision in Janus v. American Federation of State, County and Municipal Employees, unions and economic justice movements are considering where to go from here.

Kaldor and Piketty’s facts: The rise of monopoly power in the United States
By Gauti Eggertsson, Jacob Robbins, and Ella Getz Wold
February 12

The macroeconomic data of the past 30 years has overturned at least two of Kaldor’s famous stylized growth facts: constant interest rates and a constant labor share. At the same time, the research of Piketty and others has introduced several new and surprising facts: an increase in the financial wealth-to-output ratio in the United States, an increase in measured Tobin’s Q, and a divergence between the marginal and the average return on capital. In this working paper, the authors argue that these trends can be explained by an increase in market power and pure profits in the U.S. economy, i.e., the emergence of a nonzero-rent economy, along with forces that have led to a persistent long-term decline in real interest rates.

This column describes in layman’s terms the above working paper, our number 3 entry. Written by one of the paper’s co-authors, it notes that macroeconomic data over the past 40 years in the United States have produced a number of surprising, and indeed puzzling, facts about economic growth and rising income and wealth inequality. It notes that the paper argues that these diverse trends are closely connected, and that the driving force behind them is an increase in monopoly power together with a decline in interest rates.

Puzzling over U.S. wage growth
By Nick Bunker
May 29

The state of U.S. wage growth these days is puzzling. The unemployment rate is below where it was before the Great Recession back in 2007, but nominal wage growth is below its level that year and hasn’t picked up in recent years (according to some data series). For economists and analysts who believe that a tighter labor market should lead to higher wages, this disconnect is confusing. Here are some thoughts about what’s holding back wage growth in the United States at the moment.

We hope you’ve enjoyed this look back at 2018. Happy New Year from Equitable Growth. We hope you will come back to our site, follow us on social media, and engage with us in other ways as we continue to explore economic inequality, how inequality affects economic growth and stability, and evidence-backed ideas and policies that promote strong, stable, and broad-based growth. 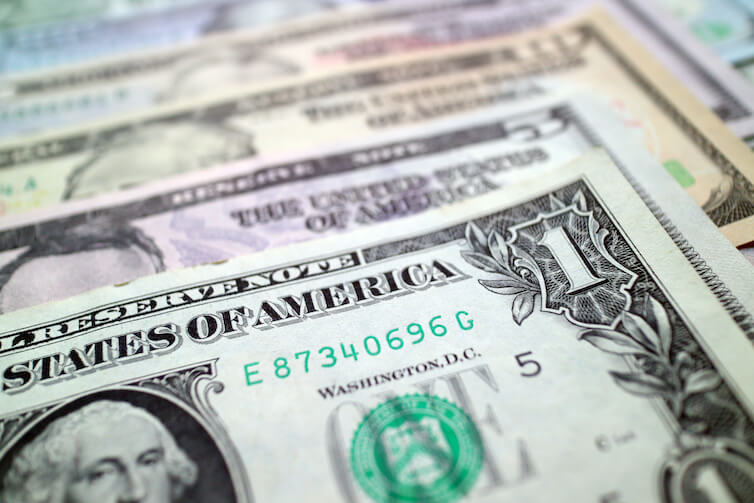 Nick Bunker,
Connect with us!