African American men and the U.S. labor market during recessions and economic recoveries 

In my 2017 book, African American Men and the Labor Market During The Great Recession, I provided a multidimensional background on the disproportionate impact experienced by African American male workers during the one of greatest economic upheavals in United States history. I chose to examine the impact of the Great Recession of 2007­–2009 on African American men precisely because they had the highest unemployment rate of all demographic groups in the United States during this period and its aftermath, peaking at more than 18 percent in 2010.

My inquiry into the circumstances at the time helped contextualize the economic landscape in general, and Black men’s marginalization in particular. Fast forward to today. More than a decade later, after the sharp but short coronavirus-inspired recession of 2020, and amid a continuing pandemic, my analysis is as relevant now as then. African American men today are still recovering less quickly in the labor market, especially compared to other male demographic groups, with recent data indicating the unemployment rate for Black men is still nearly double that of White men.

The analysis in my 2017 book points to effective policy approaches that could address U.S. labor market inequities and mitigate the disparate effects that economic downturns have on Black men—solutions that would be even more consequential amid today’s continuing public health crisis. But before turning to policy solutions, let me first present the findings in my 2017 book.

Using a model of occupational crowding, I demonstrate how the representation of African American men in major occupational categories almost universally declined during the Great Recession, even as White non-Hispanic men were able to maintain their occupational representation in the face of staggering job losses. Using U.S. Census Bureau data, I illustrate how many Black men sought to insulate themselves from devastating job losses by increasing their educational attainment in a job market where employers exercised more leverage in hiring.

This strategy, however, was unable to protect most African American men from disparate job losses as they became further marginalized in the U.S. workforce during the Great Recession and the tepid recovery of the U.S. jobs market. After the recession’s end, Black men had the highest unemployment rate, the lowest labor force participation rate, and the lowest employment-to-population ratio of all male racial and ethnic demographic groups. This trend continued throughout the jobless recovery.

Then came the coronavirus pandemic and the resulting recession in 2020, followed by the still-recovering U.S. labor market amid today’s more sustained economic recovery. Once again, Black men are recovering from job losses less swiftly than their White and non-White Hispanic counterparts. The most recent data from the U.S. Bureau of Labor Statistics indicates that the unemployment rate is 6.1 percent for African American men, 3.9 percent for non-White Hispanic men, and 3 percent for White men.

In my 2017 book, I outlined myriad explanations for why recessions harm African American men more broadly than other male U.S. workers. I pointed to research showing that racial bias is still persistent in U.S labor markets and intensifies during cyclical downturns. To be sure, federal anti-discrimination policies implemented in the 1960s helped improve the legal standing of, and protections for, African American job-seekers, but these policies did not eliminate persistent occupational segregation based on race.

Second, for low-wage occupations, such as transportation jobs, African American men’s representation during the Great Recession declined as well, meaning that they were not necessarily “crowded into” low-wage jobs, or that there was a shift of this demographic group from employment in high-wage jobs to low-wage jobs. Instead, the evidence suggests Black men were pushed out of the labor force. These patterns of occupational segregation are evident across the U.S. labor market. 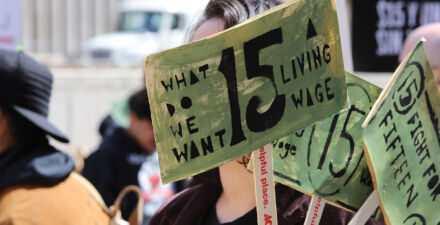 I concluded in my 2017 book that “without proactive interventions and actions now, African American men will likely again experience disparate workforce outcomes during the next, inevitable business cycle.” The coronavirus recession and continuing struggles faced by Black men today in the U.S. labor market proved me correct. That’s why the policy solutions proposed by me and the Washington Center for Equitable Growth are needed now more than ever.

Besides these policy solutions, more academic research is needed on racial inequities in the U.S. labor market during cyclical downturns. This is especially important in light of the racially disparate outcomes that continue amid the current economic recovery. That’s why my organization is seeking to fund research projects that examine just these consequences.

More research based on better data about the economic stratification that continues to hold back African Americans in our nation will help inform comprehensive policy solutions to address the inequities faced by this community. Doing so would create sustainable economic growth that does not leave specific communities perennially vulnerable.

—Shaun Harrison contributed to this column. 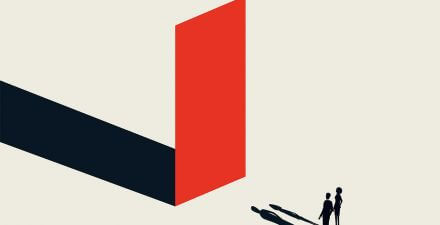 The economic benefits of equal opportunity in the United States by ending racial, ethnic, and gender disparities