Combating the market power of U.S. corporations over workers and consumers

Recent economic research establishes that the United States suffers from a growing market power problem. Market power, often referred to as monopoly power, means consumers pay more for the goods and services they need. Workers earn less. Small businesses have a harder time succeeding. Innovation slows. Market power exacerbates wealth inequality, too, because those who benefit from monopolies—the high-paid executives and stockholders of corporations—are wealthier, on average, than the consumers, workers, and small businesses who bear monopolies’ costs.

U.S. antitrust laws, as interpreted and enforced today, are inadequate to confront and deter growing market power in the U.S. economy. To restore a fair and competitive market, we need legislation that strengthens the law and counters growing corporate power, enforcers who are willing to aggressively enforce laws, and increased fiscal resources to enforce the law.

Combating the market power of U.S. corporations over workers and consumersDownload

Antitrust enforcement is typically handled at the federal level by the Federal Trade Commission, the U.S. Department of Justice’s Antitrust Division, and federal courts. It is governed primarily by Congress’ century-old policy direction in the Sherman Act, the Federal Trade Commission Act, and the Clayton Act. The key resources below provide solutions for corralling corporate power through these antitrust enforcement tools.

Fiona Scott Morton discusses the evidence of increasing market power in the U.S. economy, the benefits of stronger antitrust enforcement, and the law’s overly lenient approach to corporate actions that undermine competition. She concludes with an agenda to confront market power.

“The state of U.S. federal antitrust enforcement,” by Michael Kades

Competition policy in the United States has become a major public policy issue for the first time in decades, but discussion about the current U.S. antitrust enforcement regime has been less systematic. This report examines enforcement activity (the number and type of cases that enforcers bring), the resources Congress provides for antitrust enforcement, and, in the federal system, the merger filing-fee system that has become the primary source of antitrust funding. The report finds that antitrust enforcement is historically low by a number of measures and funding for enforcement has decreased substantially since 2010.

A joint statement to the U.S. Congress by top U.S. antitrust experts. They conclude that outdated and bad economic theory has undermined antitrust enforcement, allowing dominant companies to gain an unfair advantage in the marketplace to the detriment of other businesses and consumers, innovation, and productivity growth. They call on Congress to revise current law to align it with modern economic theory and to fix harmful judicial rules: “The signatories to this letter agree that antitrust enforcement has become too lax, in large part because of the courts, and that Congress must act to correct the state of antitrust enforcement.” 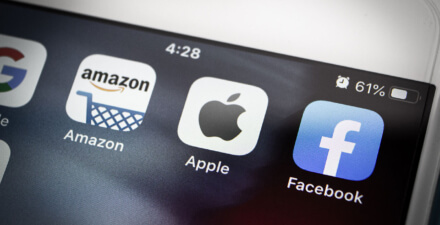