The CEOs of Apple Inc., Amazon.com Inc., Facebook Inc., and Alphabet Inc.’s Google unit testified in late July before the House Judiciary Committee’s Antitrust, Commercial, and Administrative Law Subcommittee. None of the companies could have been happy with the closing remarks by subcommittee Chairman Rep. David Cicilline (D-RI): “Today, we’ve had the opportunity to hear from the decisionmakers at four of the most powerful companies in the world. This hearing has made one fact clear to me—these companies as they exist today have monopoly power. Some need to be broken up; all need to be properly regulated and held accountable.” That statement got the notice of multiple press outlets, but his next sentence was equally important: “We need to ensure the antitrust laws first written more than a century ago work in the digital age.”

Indeed, over the past four decades, conservative courts relying on unsound economic theories and unsupported empirical claims have enfeebled U.S. antitrust laws—the very laws meant to protect society from corporate abuses of market power. The hearing will intensify pressure on both the Antitrust Division of the U.S. Department of Justice and the Federal Trade Commission to bring antitrust cases. But Chairman Cicilline’s closing signals a broader conversation as well. Certain problems may require new regulations or a new regulatory regime. He also acknowledged the need to consider whether the courts have been interpreting the antitrust laws correctly.

The Anticompetitive Exclusionary Conduct Prevention Act of 2020, introduced by Sens. Amy Klobuchar (D-MN), Richard Blumenthal (D-CT), and Cory Booker (D-NJ), takes one approach to addressing current legal rules for how dominant firms can operate in the U.S. economy. The proposed legislation would update the previous time Congress passed legislation on the topic of dominant firm conduct, in 1914, when airplanes were new, Archduke Ferdinand’s assassination (that sparked World War I) was 3 weeks away, and Ford Motor Company had just instituted an 8-hour workday.

Last month’s hearing focused on whether tech firms have too much leeway to suppress competition through harmful exclusionary conduct. Those practices allow dominant companies to stifle actual and potential rivals, preventing competition on the merits and allowing incumbents to obtain or exploit market power. These types of concerns are often raised in the context of digital markets, such as an electronic marketplace preferencing its products or applications over smaller, independent competitors or a dominant company acquiring potential competitors that could disrupt the market, which we have discussed here, here, and here.

Many of the concerns raised at last month’s hearing could be forms of exclusionary conduct, among them allegations that:

The CEOs of these four companies also faced questions about acquisition strategies that appear to have eliminated potential competitors, in some cases being confronted with their own documents outlining that strategy. Because acquisitions raise different legal issues, however, I will focus on exclusionary practices.

All four companies strenuously deny that any of their conduct is harmful. Instead, they claim their conduct has benefited consumers, increased competition, and that, in any case, is legal. A key point is that even if the conduct is harmful, it may still be difficult for plaintiffs to prove a violation under current interpretation of U.S. antitrust laws. Current antitrust precedents rely too heavily on outdated economic theories, and their overly demanding proof requirements have encouraged the overly lenient enforcement policies that have followed.

The Anticompetitive Exclusionary Conduct Prevention Act takes aim at these legal rules and would bring those rules in line with recent economic research. The bill proposes a more concrete definition for what is harmful exclusionary conduct, establishes burden-shifting presumptions to help guide courts, and limits or overturns rules that have little support from economics and limit the effectiveness of antitrust law. So, let’s look first at the problems with U.S. antitrust doctrines that the proposed legislation from Sens. Klobuchar, Blumenthal, and Booker seeks to correct, and then how the new bill could do so.

A recent letter to the antitrust subcommittee signed by 12 antitrust economists and lawyers, including me, details the problems with current judicial interpretations of the antitrust laws, which this section summarizes. Over the past 40 years, courts have been more worried about developing overly strict rules that condemn aggressive competition than with overly lenient rules that allow harmful conduct. Underlying this judgment is a series of assumptions about the nature of anticompetitive conduct.

Judge Frank H. Easterbrook of the U.S. Court of Appeals of the Seventh Circuit popularized this view of grafting decision theory onto antitrust policy. He argues that optimal antitrust rules should limit the costs of underenforcement (allowing anticompetitive activity to occur), overenforcement (incorrectly banning procompetitive conduct), and administering the enforcement regime. In his view, the cost of anticompetitive conduct is relatively low. Even when such conduct is successful, monopoly profits will attract new entrants who will quickly return the market to a competitive state. Even if the conduct goes unpunished, the market and competitors will adjust.

Recent research, both theoretical and empirical, refutes the assumptions or, at a minimum, substantially limits their applicability, as American University Washington College of Law professor Jonathan Baker and others have explained. Nevertheless, federal courts, and the Supreme Court in particular, have explicitly and implicitly embraced Judge Easterbrook’s view. As a result, judicial doctrines increasingly circumscribe the reach of the antitrust laws and tolerate anticompetitive conduct escaping condemnation to avoid incorrectly condemning corporate conduct that is procompetitive.

A number of doctrines reflect this judgment. Currently, a firm might be able to engage in exclusionary conduct without violating the law because the standard for proving monopoly power is so difficult, which creates a gap in enforcement. In particular, a monopolization case generally requires proof that a firm has or is likely to have 70 percent of a well-defined market. A 70-percent market share should be presumptively sufficient to prove monopoly power, but there are often better ways to prove monopoly power.

Typically, this evidence is referred to as direct effects evidence, such as proof of exercising monopoly power over time, limiting entry, or, when properly measured, monopoly profits. The U.S. Supreme Court, in its State of Ohio v. American Expressdecision, significantly limited the use of direct (and often best) evidence of monopoly power by mandating market definition in cases with vertical restrictions, implying that direct effects evidence only encompasses proof of an output restriction. The Court placed additional burdens on plaintiffs defining markets when challenging conduct by a two-sided transaction platform such as a credit card company. The courts have created limitations on antitrust claims that may have little to do with distinguishing harm from benign conduct.

Courts, and the U.S. Supreme Court in particular, have limited the scope of the antitrust laws both substantively and procedurally. In the 1980s, for example, the federal government successfully challenged and broke up AT&T Inc.’s monopoly over long-distance phone service. According to the government, AT&T was refusing to deal with its long-distance competitor MCI Communications; AT&T would not connect MCI to local phone networks. Under more recent Supreme Court case law, AT&T’s conduct could be legal even if it prevented competition in long-distance markets.

Similarly, as a practical matter, under Supreme Court case law, predatory pricing—pricing products or services low to drive out or prevent competition—is almost never illegal. Both economic theory and evidence has established that predation can be both successful and profitable. And the Supreme Court has shown increasing willingness to find that Congress has implicitly repealed the antitrust laws in regulated industries.

Summary of the Anticompetitive Exclusionary Conduct Prevention Act of 2020

The new bill would shift the balance in U.S. antitrust law, requiring courts to be more concerned with risks to competition. Under the bill, exclusionary conduct is illegal if it presents an appreciable risk of harming competition, making clear that the antitrust laws are concerned with potential competition and do not require certainty. The bill defines exclusionary conduct as any action that materially disadvantages competitors or tends to foreclose the ability of a competitor to compete. Courts must consider any procompetitive benefits and entry as part of the analysis. The provisions apply to conduct by sellers or buyers, including employers.

In a general case, the plaintiff has the burden to establish that the conduct is exclusionary and creates an appreciable risk of harming competition. But a burden-shifting framework exists for certain situations. If a firm has more than a 50 percent market share or has significant market power, then the defendant must prove that the exclusionary conduct does not present an appreciable risk of harming competition. The bill clarifies that market definition is necessary in an antitrust case only if explicitly required by statute or if relied upon by the plaintiff.

The new bill also rejects or limits Supreme Court case law that has undermined enforcement. On refusals to deal, the new legislation eliminates a requirement that the defendant had to have had a prior course of dealing with the competitor or that the defendant discriminated against competitors. On predatory pricing claims, the bill eliminates the requirements that defendants’ pricing be below cost. And, the bill rejects the “no economic sense” test, which requires a plaintiff to prove that the defendant’s conduct makes no economic sense apart from its tendency to reduce competition. The bill limits courts’ ability to find an implicit repeal of the antitrust laws based on a regulatory statute.

Finally, the bill establishes fines for violations of the statute, up to a maximum of 15 percent of the defendant’s U.S. yearly revenue or 30 percent of the defendant’s U.S. revenue during the period of the violation, whichever is greater. The bill also requires the Federal Trade Commission and the U.S. Department of Justice to issue enforcement guidelines that explain the agencies’ interpretation of the statute. Those guidelines must address the agencies’ process for determining the amount of the fine they request based on specific factors described in the bill.

In short, the Anticompetitive Exclusionary Conduct Act reflects a judgment that our legal rules do not sufficiently protect competition from dominant firms that abuse their market power and do not reflect sound economic theory and learning. As with any legislation, there will be a tendency to focus on specific phrases and provisions, a process that is a critical part of the legislative process. But taking in the big picture, this bill provides a unified critique of existing U.S. monopoly law and proposes a systematic solution: shifting the balance in favor of competition, limiting case law that undermines enforcement, and providing penalties to deter anticompetitive conduct. This bill, along with last month’s hearing and the Committee’s report, suggest that this discussion will continue. 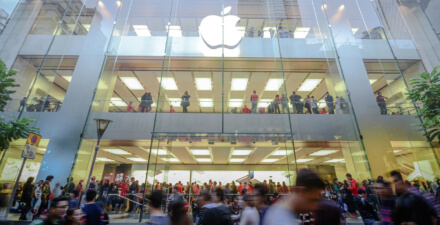 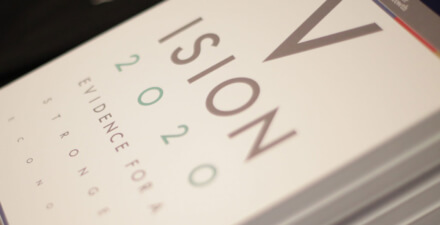