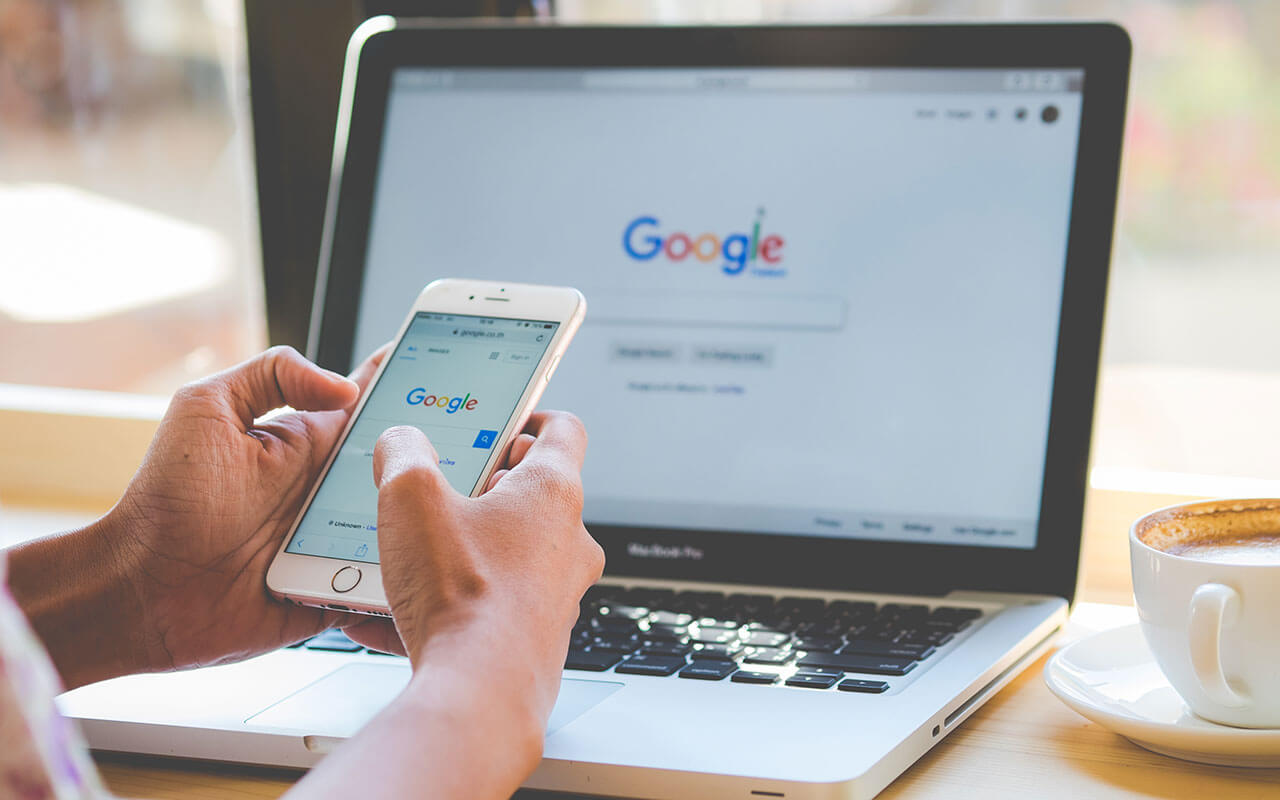 The debate over the role of large internet companies and their impact on the U.S. economy ranges from those who see nothing wrong to proposals to break them up. Within that broad debate, three recent reports—the “Market Structure and Antitrust Subcommittee” from the Stigler Center, “Unlocking Digital Competition,” a report commissioned by the United Kingdom, and “Competition policy for the digital era,” a report to the European Commission—coalesce around three broad principles.

First, digital markets have unique characteristics. Although those characteristics can generate important benefits, they also make it easier to throttle competition, harm consumers, and stifle innovation. Second, all three reports (although not exclusively) focus on two types of threats: the acquisition of nascent competitors by dominant firms, and the dangers when a company has a dominant position as a platform or digital marketplace. Third, a combination of stricter antitrust enforcement regulation is likely the best way to address the problem.

These reports reflect one view on the challenges and potential solutions to promoting competition in online markets. This column summarizes the paper about these three reports that I submitted to the American Bar Association’s Fall Forum being held today in Washington.

Download File
Michael Kades - A Consistent if not Unified Vision

Online markets, which include everything from Alphabet Inc.’s Google unit selling advertising on its search result pages to Amazon.com Inc.’s marketplace to Apple Inc.’s App Store, all exhibit network effects. As the recent U.K. competition report explains, network effects can “occur when the benefits to a user increase as the number of users increases” or “when the benefits to users on one side of a platform market increase with the number of users on the other side of the market.”

Examples of these network effects are the exponential utility of mobile telephones as they became ubiquitous or (back in the day) a newspaper’s print circulation, which was more valuable to advertisers the larger the circulation. The same is true for information online. The more people who use Google search, the more valuable it is to advertise on its search results pages. As more people sell products on eBay Inc.’s online platform, more people will use it to buy products, and the reverse is true as well.

A second feature of online markets are substantial returns to scale. As the recent European Commission competition report explains, “new technologies of information are incompatible with traditional modes of competition” because “they show very strong returns to scale,” meaning the cost of producing or providing the service to many customers is little more expensive than to a few. Although returns to scale are common in many markets, the scale of the scale makes information technologies unique. The fixed cost to Google of updating calendars for 100 million users, for example, is not much more than if it serves a fraction of that number.

Third, digital markets have distribution costs that are close to zero and boast dramatic economies of scope based on data-driven products. For instance, an online platform that combines mapping software with email allows it to offer, say, higher quality restaurant recommendations. Similarly, on the revenue side, more customers and more products can lead to higher revenue per customer, and machine learning, once developed, can provide benefits across many products.

Fourth, unlike other industries, at minimal costs, information technologies and platforms have global reach in the sense that it is much easier for digital platforms to reach a worldwide market than traditional brick-and-mortar businesses, according to the Stigler report. The same report also discusses how insights from behavioral economics explain how consumer behavior can be and is exploited to maintain a dominant position.

As a result, internet search is free, consumers pay no fee to use eBay or Amazon, and Facebook.com Inc.’s users do not pay directly for the social network. This is not to say that there is no price. Users are giving up their data and attention.

What does all this mean for competition policy? There are some dramatic benefits. The European Commission competition report finds that consumers can “communicate seamlessly with virtually anyone around the world mostly for free,” while “the accessibility of information has greatly increased not least thanks to the emergence of new information intermediaries.” What’s more, the report finds that “the data revolution promises to bring about a revolution in healthcare, finance, mobility, and education, [with] digitization … impacting essentially every industry, from manufacturing to services to agriculture.”

But there are also dramatic risks. Without sufficient competition, innovation will slow, meaning economies fail to achieve the true benefits of these advances, and only a few firms and their shareholders will benefit from the developments that do occur. The UK competition report finds that these very same dynamics of network effects, economies of scale and scope, and near-zero distribution costs that have driven innovation in digital markets also create an opportunity to stifle competition. Digital markets are subject to tipping, or a winner-take-all scenario. Often, once one or two companies reach a certain size, they have won the market. Existing competitors wither away, and new entrants face a significant disadvantage because they must build scale and invest heavily.

This dynamic, however, does not mean that a winner of today’s market is unassailable or that competition is irrelevant. Rather, competition in these markets is different. Instead of the day-to-day competition in a brick-and-mortar market—such as in the automobile industry between and among Ford Motor Co., General Motors, Inc., Honda, Volkswagen AG, and Toyota all competing to win each customer—the meaningful competition among online platforms are during those short periods where firms in the market battle for overarching dominance, such as Google dethroning Alta Vista back in the 1990s or Facebook replacing Myspace in the 2000s. In these types of markets, we are likely to see periods of fierce competition in which a new entrant, either by offering a new or dramatically different product, seeks to dethrone the incumbent.

Those competitive wars yield tremendous benefits to users of the product, although at the end of each war, there will likely be only one or two companies standing. As a result, the incentive and pay-off from eliminating these periods of competition is larger than in traditional markets. “Competition for the market cannot be counted on, by itself to solve the problems associated with market tipping and winner-takes-most,” argue the authors of the UK competition report, because “large incumbent digital players are very difficult to dislodge.”

The acquisition of nascent competitors and possible antitrust remedies

Major digital platforms and e-commerce sites have acquired a substantial number of companies and assets over the past decade. The economic conditions of these markets, however, means that such acquisitions may prevent the short periods of competition for the market that are the source of the benefits that online markets deliver. Some have raised these concerns regarding Facebook’s acquisition of online photo platform Instagram in 2012 or its 2013 purchase of online mapping firm Waze, a potential challenger to Google’s Maps service.

In traditional, nondigital markets, if a small company is an important competitive constraint, its size and youth would suggest that another company can easily replace it. In contrast, the combination of factors that create winner-take-all markets makes it difficult to confidently conclude either that a particular nascent competitor will become a threat or that it is easily replaced. Yet these nascent threats “may be the most important source of competition faced by the incumbent firm,” according to the Stigler report. That means the cost of underenforcement—failing to prevent the acquisition of a potential competitor that would have disrupted the dominant incumbent—is high.

The bottom line is that these three reports agree antitrust law must be flexible enough to address the risks to market competition posed by the acquisition of nascent competitors by the big incumbent digital platform firms.

Digital platforms and e-commerce sites, once they obtain a dominant position, can take actions that further limit competition without offsetting benefits. A dominant platform may also compete with those that rely on the platform and use its position to favor its own products. Or a dominant platform might impose rules that prevent others from developing competing platforms. Policies that make it difficult for customers to take their data from one service to another or that prevent interoperability also increase entry barriers and can limit competition.

The UK competition report, the European Commission competition report, and the Stigler report, to varying degrees, acknowledge that competition law alone is unlikely to resolve these problems and see regulation as providing a more effective solution. Broadly, the three reports suggest that antitrust law is best addressed at stopping or preventing harm, while regulatory policy can promote competition.

The three reports variously recommend that:

In practice, this approach suggests that regulations can lower the barriers that limit competition and solve general problems. Regulations can promote interoperability, allowing companies’ products or systems to work with existing dominant online platforms. New rules that allow companies to offer complementary services on existing platforms can lead to greater competition. And regulations on data portability that make it easier for consumers to move from one platform to another can promote multihoming, where consumers or businesses use multiple platforms simultaneously.

There is no question that the discussion about competition on and among digital platforms and e-commerce will continue. Three recent reports discussed here, however, broadly agree that a combination of antitrust enforcement and competition-enhancing regulations likely provides the best path forward to exploiting the benefits of these markets while limiting the dangers they pose for competition.