1. The extremely sharp Sam Abbott has what I think is an excellent column on how much the U.S. economy is held back by our collective failure to construct a reasonable and effective system for childcare. Read “The child care economy: How investments in early care and education can fuel U.S. economic growth immediately and over the long term,” in which he writes: “Insufficient child care options can prevent parents who wish to work from doing so, with mothers often bearing the brunt of this challenge. … High-quality early care and education provides critical socialization and learning opportunities when the brain is developing rapidly and is particularly responsive to the outside environment. … Adequate funding is necessary for human capital development. Fully funding the subsidy programs and devoting resources for state-level agencies to assist providers in qualifying for subsidies are two ways in which greater public investment could increase child care availability and quality. Supporting child care workers is crucial for promoting quality care and human capital development. Using public funds to support higher compensation would help stabilize the child care workforce, ensuring that these workers can afford to stay in their jobs. Investing in the nation’s children is one of the safest bets policymakers can make. Research on early care and education programs finds that $1 in spending generates $8.60 in economic activity.”

3. A very nice paper with what I regard as very strong evidence that employers typically do not respond, at least in the short run, to employees’ outside offers. Wage bargaining between employers and employees in real time simply does not appear to be a thing. Instead, employers post wages and then overwhelmingly hold the line. Read the new Equitable Growth working paper by Marta Lachowska, Alexandre Mas, Raffaele Saggio, and Stephen Woodbury, “Wage Posting or Wage Bargaining? A Test Using Dual Jobholders,” in which they write: “This paper examines the behavior of dual jobholders to test a simple model of wage bargaining and wage posting. We estimate the sensitivity of wages and separation rates to wage shocks in a worker’s secondary job to assess the degree of bargaining versus wage posting in the labor market. We interpret the evidence within a model where workers facing hours constraints in their primary job may take a second, flexible-hours job for additional income. When a secondary job offers a sufficiently high wage, a worker either bargains with the primary employer for a wage increase or separates. The model provides a number of predictions that we test using matched employer-employee administrative data from Washington State. In the aggregate, wage bargaining appears to be a limited determinant of wage setting. The estimated wage response to improved outside options, which we interpret as bargaining, is precisely estimated, but qualitatively small. Wage posting appears to be more important than bargaining for wage determination overall, and especially in lower parts of the wage distribution. Observed wage bargaining takes place mainly among workers in the highest wage quartile. For this group, improved outside options translate to higher wages, but not higher separation rates. In contrast, for workers in the lowest wage quartile, wage increases in the secondary job lead to higher separation rates but no significant wage increase in the primary job, consistent with wage posting. We also find evidence in support of the hours-constraint model for dual jobholding. In particular, work hours in the primary job do not respond to wages in the secondary job, but hours and separations in the secondary job are sensitive to wages in the primary job due to income effects.”

1. I continue to fail to understand claims that “team transitory” with respect to this year’s news about inflation needs to reevaluate its position. When I listen to Jason Furman, for example, I hear rhetorical alarm coupled with a suggestion for only a very small revision in the future of monetary policy—that the Federal Reserve’s first interest rate hike should probably be made next February rather than next October, leaving short-term interest rates about half a percentage point per year higher at the end of 2022 than the Federal Reserve is currently penciling in. That is not a huge difference. The inflation we have seen this year—that is just the rubber left on the road from the skid marks that always happens when you try to rapidly re-join highway traffic at speed. Nothing that has happened so far this year has surprised me, definitely not enough to make me revise my belief that the inflation we see is highly likely be transitory. And I am greatly encouraged by the fact that Wendy Edelberg of the Hamilton Project agrees. Read her “What does current inflation tell us about the future?,” in which she writes: “Should [we] expect continued extraordinary inflation for core goods—everything from automobiles to exercise mats—in the coming years? Three factors suggest no. First, the surge in spending on goods has put upward pressure on prices as suppliers have been unable to keep up with demand. Suppliers have strong incentives to iron out issues with the supply chain to get more product onto shelves; in addition, the problems with the supply chain that owe more directly to the pandemic will ebb as the pandemic is brought under control globally. Second, that surge in goods spending is no doubt temporary because households—as the pandemic recedes—will rebalance consumer spending toward services, which has been unusually depressed. … Third, the fiscal support to households that has helped to finance the surge in goods spending has largely waned. In contrast to spending on consumer goods, spending on services remains below its pre-pandemic peak. This pattern is a significant departure from previous business cycles where services were relatively unaffected.”

2. I concur 100 percent with Scott Sumner’s judgment that Paul Krugman’s 1998 Brookings paper both revolutionized thinking about monetary policy in the 21st-century and yet is also very often only partially understood and misunderstood. It is, I think, the most important macro paper of the last 40 years. Read “Scott Sumner on the Princeton School of Macroeconomics and Overcoming Inflationary Fears,” in which he writes: “In the early 2000s … five people … at Princeton … developed what we now view as the standard view of monetary policy in the 21st century, that is policy when interest rates are really low. … The key paper here is Paul Krugman’s 1998 paper where he looked at the liquidity trap in Japan. … I believe the paper is underestimated and misunderstood. … I view it as one of the most important macro papers of the last 40 years. … The problem in Krugman’s view was not just that money and bonds are equivalent at zero interest rates. The real problem is sort of bearish expectations of future monetary policy. … One interpretation is that monetary policy still works at zero interest rates. The central bank just needs to commit to future inflation. … The other interpretation … is that central bank promises to inflate are not likely to be credible … so you need Keynesian fiscal policy.”

3. Martin Ravallion says something that very much needs to be said: “degrowth” is deeply flawed both in its analysis of past economic development patterns and in its hopes for the future. Costa Rica is not a country that has remained poor and nevertheless upgraded its human development patterns. It is a country that has become much richer and has invested well in human development. Read his “The Degrowth Fallacy,” in which he writes: “In an example of the Degrowth Fallacy, in a radio interview … Jason Hickel (introduced as an economist and anthropologist at the London School of Economics) points to Costa Rica to support his claim that rich countries can maintain their social outcomes at lower mean income. Yes, Costa Rica has had good social and environmental policies over many decades, and other countries can learn from that experience. However, the country did this in combination with economic growth. Indeed, mean income has tripled in real terms since 1960, and the average growth rate has been above average for Latin America [according to the World Bank]. By combining social policies with policies that directly supported economic growth, Costa Rica was able to attain over time good social outcomes for a country at its level of mean income. Costa Rica is definitely not an example of how good social outcomes are possible without economic growth.” 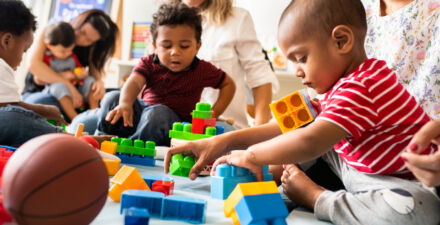 Factsheet: What the research says about the economics of early care and education 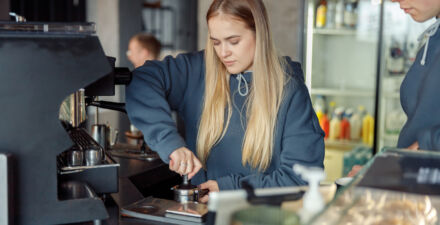 Estimating the marginal propensity to consume using the distributions of income, consumption, and wealth