A note on Niall Ferguson: Why did Keynes write “In the long run we are all dead”?

Niall Ferguson (2013): An Open Letter to the Harvard Community: “Last week I said something stupid about John Maynard Keynes…

…Asked to comment on Keynes’ famous observation “In the long run we are all dead,” I suggested that Keynes was perhaps indifferent to the long run because he had no children, and that he had no children because he was gay. This was doubly stupid. First, it is obvious that people who do not have children also care about future generations. Second, I had forgotten that Keynes’ wife Lydia miscarried…

Niall, I think, misses the entire point. There is much, much more here than he recognizes… And what he recognizes is not, in fact, here at all…

Niall speaks of Keynes’s “In the long run we are all dead” as if it is a carpe diem argument–a “seize the day” argument, analogous to Marvell’s “To His Coy Mistress” or Herrick’s “To the Virgins”. Ferguson sees his task as that of explaining why Keynes adopted this be-a-grasshopper-not-an-ant “party like we’re gonna die young!” form of economics, or perhaps form of morality.

But that is not what is going on. 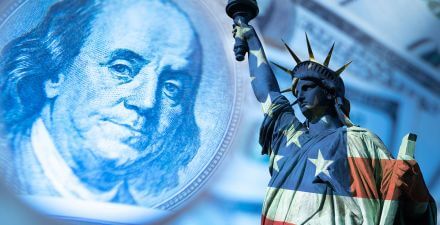 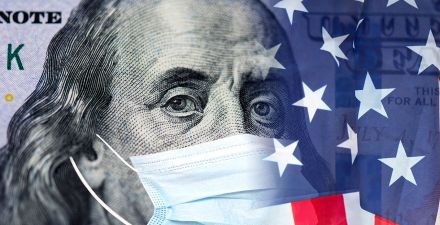 Fiscal austerity intensifies the increase in inequality after pandemics 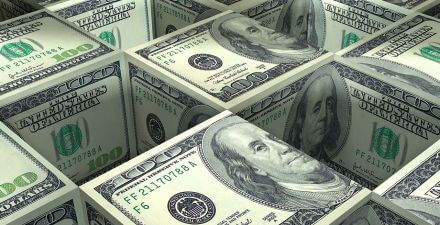 Go to Keynes’s Tract on Monetary Reform. Read pages 80-82, so you see the “in the long run we are all dead” quote in context. It is not part of any carpe diem argument. Two sentences earlier we find:

If, after the American Civil War, that American dollar had been stabilized and defined by law at 10 per cent below its present value, it would be safe to assume that n and p would now be just 10 per cent greater than they actually are and that the present values of k, r, and k’ would be entirely unaffected…

[T]he [Quantity] Theory [of Money] has often been expounded on the further assumption that a mere change in the quantity of the currency cannot affect k, r, and k’,–that is to say, in mathematical parlance, that n is an independent variable in relation to these quantities…

In actual experience, a change in n is liable to have a reaction both on k and k’ and on r…

And six sentences later we find:

Keynes is discussing not how to “seize the day” for pleasure.

Keynes is discussing how to use the quantity theory of money as an analytical tool.

What he is saying is that you cannot assume that you can analyze the consequences of an altered time path of the quantity of cash in the economy–n, in Keynes’s notation–without considering whether the public’s demand for real cash balances k, the public’s demand for real checking-account balances k’, and banks’ desired reserves-to-deposits ratio r will also change. This is a principle that today’s economists call the “Lucas Critique”. (No, it is not clear to me why they do not call it the “Keynes Critique”.) And this critique is correct: assume that those three other variables are not themselves altered when you consider an altered path for the money stock is, as Keynes says in the sentence after “in the long run…”, for economists to set themselves too easy a task–it sweeps all the problems of analysis under the rug–and too useless a task–it generates predictions that are simply wrong.

In this extended discussion of how to use the quantity theory of money, the sentence “In the long run we are all dead” performs an important rhetorical role. It wakes up the reader, and gets him or her to reset an attention that may well be flagging. But it has nothing to do with attitudes toward the future, or with rates of time discount, or with a heedless pursuit of present pleasure.

So why do people think it does?

Note that we are speaking not just of Ferguson here, but of Mankiw and Hayek and Schumpeter and Himmelfarb and Peter Drucker and McCraw and even Heilbronner–along with many others.

I blame it on Hayek and Schumpeter. They appear to be the wellsprings.

Hayek is simply a bad actor–knowingly dishonest. In what Nicholas Wapshott delicately calls “misappropriation”, Hayek does not just quote “In the long run we are all dead” out of context but gives it a false context he makes up:

Are we not even told that, since ‘in the long run we are all dead’, policy should be guided entirely by short run considerations? I fear that these believers in the principle of apres nous le déluge may get what they have bargained for sooner than they wish.

[S]omething of the “soul” of Bloomsbury penetrated even into Keynes’s economic theories. There is a discernible affinity between the Bloomsbury ethos, which put a premium on immediate and present satisfactions, and Keynesian economics, which is based entirely on the short run and precludes any long-term judgments. (Keynes’s famous remark. “In the long run we are all dead,” also has an obvious connection with his homosexuality – what Schumpeter delicately referred to as his “childless vision.”) The same ethos is reflected in the Keynesian doctrine that consumption rather than saving is the source of economic growth – indeed, that thrift is economically and socially harmful. In The Economic Consequences of the Peace, written long before The General Theory, Keynes ridiculed the “virtue” of saving. The capitalists, he said, deluded the working classes into thinking that their interests were best served by saving rather than consuming. This delusion was part of the age-old Puritan fallacy:

The duty of “saving” became nine-tenths of virtue and the growth of the cake the object of true religion. There grew round the non-consumption of the cake all those instincts of puritanism which in other ages has withdrawn itself from the world and has neglected the arts of production as well as those of enjoyment. And so the cake increased; but to what end was not clearly contemplated. Individuals would be exhorted not so much to abstain as to defer, and to cultivate the pleasures of security and anticipation. Saving was for old age or for your children; but this was only in theory – the virtue of the cake was that it was never to be consumed, neither by you nor by your children after you.

Never mind that Himmelfarb cuts off her quote from Keynes just before Keynes writes that he approves of this Puritan fallacy–that he is not, as Himmelfarb claims, ridiculing it, but rather praising it:

In the unconscious recesses of its being Society knew what it was about. The cake was really very small in proportion to the appetites of consumption, and no one, if it were shared all round, would be much the better off by the cutting of it. Society was working not for the small pleasures of today but for the future security and improvement of the race,—in fact for “progress.” If only the cake were not cut but was allowed to grow in the geometrical proportion predicted by Malthus of population, but not less true of compound interest, perhaps a day might come when there would at last be enough to go round, and when posterity could enter into the enjoyment of our labors…

So if you do read Himmelfarb, do so with great caution: this is a strange woman indeed[1].

As for Schumpeter, in Schumpeter’s Keynes obituary Schumpeter is working as hard as he can to try to minimize Keynes’s global influence:

[England’s] social fabric had been weakened and had become rigid. Her taxes and wage rates were incompatible with vigorous development, yet there was nothing that could be done about it. Keynes was not… in the habit of bemoaning what could not be changed… not the sort of man who would bend the full force of his mind to the individual problems of coal, textiles, steel, shipbuilding…. He was the English intellectual, a little deracine and beholding a most uncomfortable situation. He was childless and his philosophy of life was essentially a short-run philosophy. So he turned resolutely to the only “parameter of action” that seemed left… monetary management. Perhaps he thought that it might heal. He knew for certain that it would sooth–and that return to a gold system at pre-war parity was more than his England could stand. If only people could be made to understand this, they would also understand that practical Keynesianism is a seedling which cannot be transplanted into foreign soil: it dies there and becomes poisonous be- fore it dies.

[“Childless”] is a truly classless move given Keynes’s wife Lydia Lopokova’s two miscarriages–the best we can hope for Schumpeter is that his self-absorption in the 1920s, 1930s, and 1940s had kept him from ever learning about them. There was when I was an undergraduate an oral tradition that Schumpeter’s “childless” was a sotto voce synonym for “homosexual”–I presume Himmelfarb picked that up from similar sources to those I heard it from.

Burke ever held, and held rightly, that it can seldom be right… to sacrifice a present benefit for a doubtful advantage in the future…. It is not wise to look too far ahead; our powers of prediction are slight, our command over results infinitesimal. It is therefore the happiness of our own contemporaries that is our main concern; we should be very chary of sacrificing large numbers of people for the sake of a contingent end, however advantageous that may appear…. We can never know enough to make the chance worth taking…

So here we have it: not Herrick or Marvell or decadent Bloomsbury. Instead, Edmund Burke. Not a heedless disregard for the future, but a sober acknowledgement of the limited power of the brains of jumped-up East African Plains Apes like us to even see the long-run, and a plea not to sacrifice those currently alive to the Dreadful Moloch of Utopian Fantasies of the Future.

Schumpeter has, I think, considerable explaining to do.

The rest–the Fergusons and the McCraws and the Druckers and the Heilbronners and company? At the very least, they need to explain why they didn’t check their “In the long run we are all dead” quotes against the context, and why doing so did not then lead them to have an Inigo Montoya moment as they said: “wait a minute–this doesn’t mean what I thought it meant”.

The familiar racist sentiments of Buchan, Kipling, even Conrad, were a reflection of a common attitude. They were descriptive, not prescriptive; not an incitement to novel political action, but an attempt to express differences of culture and colour in terms that had been unquestioned for generations. To-day, when differences of race have attained the status of problems–and tragic problems–writers with the best of motives and finest of sensibilities must often take refuge in evasion and subterfuge. Neutral, scientific words replace the old charged ones, and then, because even the neutral ones–“Negro” in place of “nigger”–give offense, in testifying to differences that men of goodwill would prefer forgotten, disingenuous euphemisms are invented–“non-white” in place of “Negro”. It is at this stage that one may find a virtue of sorts in Buchan: the virtue of candor, which has both an aesthetic and an ethical appeal… 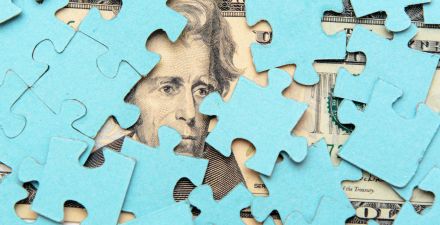 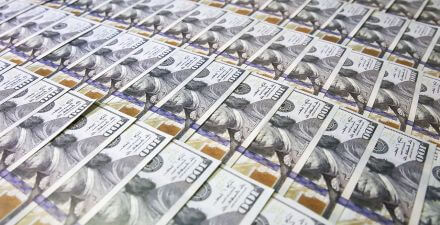 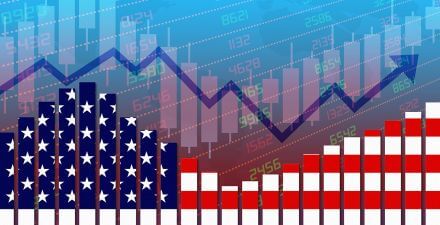