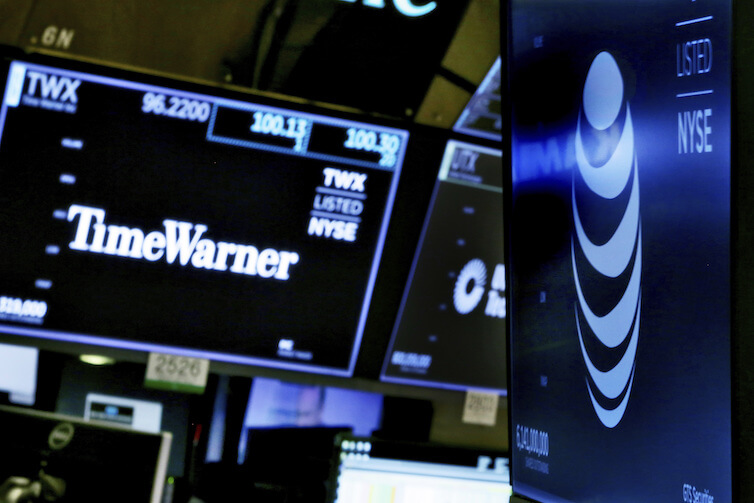 With the launch of our new website, we are reintroducing visitors to our policy issue areas. Informed by the academic research we fund, these issue areas are critical to our mission of advancing evidence-based ideas that promote strong, stable, and broad-based economic growth. Through June and July, expert staff have been publishing posts on our Value Added blog about each of these issue areas, describing the work we do and the issues we seek to address. The following, and final, post is about Competition. For previous posts on other issue areas, please go to our Value Added home.

At first glance, competition in the U.S. economy may seem far afield of the topic of equitable growth. What could free markets have to do with wage stagnation? How could monopoly power impact macroeconomic growth? How could anticompetitive conduct or mergers exacerbate economic inequality? In other words, what could antitrust enforcement have to do with maintaining a healthy economy? As Sen. Amy Klobuchar (D-MN) has explained, “Everything. Let me repeat that. Antitrust has everything to do with our broader economy.”

Competition became a dominant issue in U.S. politics in the late 19th century. In response to fears of undue accumulation of economic power, the U.S. Congress passed the Sherman Antitrust Act of 1890, establishing that the government had a role to protect free markets and prevent the undue accumulation and abuse of monopoly power. Over time, antitrust enforcement ebbed and flowed, reaching a high point in the mid-1960s when Justice Potter Stewart quipped that the sole consistency in merger law is “the government always wins.”

By the late 1960s and 1970s, with the U.S. economy facing inflation and stagnant growth, a new critique, born at the University of Chicago, unsettled that consensus. It saw antitrust enforcement as more likely to be the problem than the solution. Based on economic theory and research, the “Chicago School” concluded that most mergers were efficient and beneficial. Aside from the most egregious conduct such as price-fixing, bid rigging, and mergers to monopoly, the Chicago School theorized that anticompetitive conduct was unlikely to work. When it did, the conduct would generate anticompetitive profits that would attract new competitors, so the anticompetitive effects were likely transient.

Much ink has been spilled about the actual impact of the Chicago School on antitrust enforcement. It has faced significant criticisms within the antitrust community, but even those critics agreed with many of its principles. By the turn of the past century, these principles shared broad agreement: Antitrust law had a limited but important role—a highly technocratic endeavor, relying on sophisticated economic analysis. Monopoly power and anticompetitive activity were the exception rather than the rule in the U.S. economy. As a result, the courts, often with the blessing of antitrust enforcers, were more skeptical of antitrust claims, narrowed the scope of the antitrust laws, and raised procedural barriers to antitrust claims, particularly in cases brought by private plaintiffs. There was a general sense that antitrust law and its impact on enforcement had struck the right balance, solving the problems it could without restricting market forces. Even the conservative federal judge Robert Bork, who had written the polemic The Antitrust Paradox in 1978, could write in the early 2000s, “The antitrust laws, in my opinion, are performing well, in fact better than at any time in the past seventy-five years.”

Recently, however, that consensus has begun to fray. First, courts—sometimes over the objection of government enforcers, as with the California Dental and American Express decisions, for example—continued their rightward turn. More importantly, new research questions how competitive the economy actually is. Labor economists have documented the pervasiveness of monopsony power, long thought to be a theoretical issue but not a practical one. There is increasing evidence that mark-ups and corporate profits are growing and are persistent. Firms are not just earning higher profits; they are also more likely to maintain that profitability over time. A falling share of national income is going to wages and a higher share is going to corporate profits. Macroeconomists are even beginning to include measurements of monopoly power in their macroeconomic models.

This all is important because the benefits of competition are broad, and research increasingly shows that the elimination of competition can contribute to problems that the Washington Center for Equitable Growth is dedicated to examining. Monopoly power, improperly gained or used, increases prices and raises the cost of living for consumers, contributing to economic inequality. Employers with monopoly power, known as monopsony power, are partially responsible for wage stagnation. Others argue that it is suppressing innovation and stifling entrepreneurship, which is at a historical low.

Certainly, no consensus has developed about whether the U.S. economy suffers from a monopoly problem. If there is a monopoly problem, then there may be many causes. So, it is worth asking to what degree competition policy in general—and the antitrust laws in particular—are responsible. Antitrust law should be the principle bulwark protecting competition in the marketplace. There are growing concerns that antitrust doctrine has become too lenient to business practices and too worried with the dangers of overenforcement to adequately protect competition.

Equitable Growth has been participating in this discussion for some time, with work addressing market power in the U.S. economy, the relationship between market power and stagnant wages, the impact of the current merger wave, and the role of competition, or lack thereof, in the communications industry. We have also begun examining the state of antitrust laws, analyzing important cases, highlighting scholarly work proposing new avenues for antitrust enforcement, and assessing the need for increased enforcement resources.

There are three related questions for competition policy in the United States today:

Going forward, Equitable Growth will continue to pursue these issues by promoting important research, connecting academic scholars to policymakers, and advocating for policies that will enhance competition. This month we launched a new series, “Competitive Edge,” in which antitrust experts will provide their thoughts on how to improve competition policy.

The stakes are much higher than an ideological battle or technical adjustments to a legal regime. The less competition in the marketplace, the harder it will be for the economy to expand and for economic opportunity to flourish.

Competition is a little like good health: You only appreciate it once you’ve lost it.