Taxing wealth and investment income in the United States

The federal income tax does a poor job of taxing income derived from wealth. The root cause of this problem is that the tax code allows taxpayers to defer (without interest) paying tax on investment gains until assets are sold. Moreover, even when assets are sold, the investment gains are taxed at preferential rates. The top federal tax rate on wages and salaries is 37 percent while the top federal tax rate on investment gains is only 20 percent. Finally, if taxpayers can avoid selling assets until they die, the investment gains are wiped out for income tax purposes. The result is a two-tier tax system, where middle-class families pay full freight on their wages while wealthy, disproportionately White families pay reduced rates on their investment income.

Taxing wealth and investment income in the United StatesDownload

Lawmakers in Congress should eliminate this two-tier system by reforming the taxation of wealth and investment income. To do so, they should adopt either a wealth tax or a reformed approach to income taxation, often referred to as mark-to-market or accrual taxation that would tax all investment gains on an annual basis regardless of whether assets are sold. Accompanying reforms to the estate tax—or the adoption of an inheritance tax—are also worth considering. The key resources below detail these solutions.

“Taxing wealth by taxing investment income: An introduction to mark-to-market taxation,” by Greg Leiserson and Will McGrew

In a system of mark-to-market taxation, investors pay tax on the increase in the value of their investments each year rather than deferring tax until those investments are sold, as they do under current law. This issue brief first defines investment income and explains how mark-to-market taxation works. It then reviews the revenue potential of this approach to taxing investment income, explaining why a mark-to-market system can raise substantial revenues. Finally, it summarizes the distribution of the burden that would result, which would fall overwhelmingly on wealthy individuals.

“Wealth taxation: An introduction to net worth taxes and how one might work in the United States,” by Greg Leiserson

This brief provides an introduction to net worth taxes, also referred to as wealth taxes. It summarizes how a net worth tax works, reviews the revenue potential of such a tax, and describes the distribution of the economic burden that would be imposed.

“Net worth taxes: What they are and how they work,” by Greg Leiserson, Will McGrew, and Raksha Kopparam

Wealth inequality in the United States is high and has increased sharply in recent decades. This increase—alongside a parallel increase in income inequality—has spurred increased attention on the implications of inequality for living standards and increased interest in policy instruments that can combat inequality. Taxes on wealth are a natural policy instrument to address wealth inequality and could raise substantial revenue while shoring up structural weaknesses in the current income tax system. This paper provides an introduction to net worth taxes, perhaps the most explicit means of taxing wealth.

“The ‘silver spoon’ tax: How to strengthen wealth transfer taxation,” by Lily Batchelder

This 2016 analysis explains the case for better taxing estates or inheritances, and how lawmakers in Congress could do this. Batchelder shows how wealth transfers are extremely inequitable, currently lightly taxed, and that there are several practical solutions to resolve this problem.

“A modest tax reform proposal to roll back federal tax policy to 1997,” by Owen Zidar and Eric Zwick

In the economic boom times of 1997, federal taxes raised more revenue and were a more powerful force for equity. Zwick and Zidar propose several changes that would return the United States generally to this tax system, including increasing tax rates on capital gains, dividends, and profits from pass-through businesses, as well as some additional reforms, including taxing unrealized capital gains at death.

This research paper outlines the case for major reforms to the taxation of wealth in the United States, details different approaches to reform, and discusses the economic effects of these approaches and their relative advantages and disadvantages.

The “silver spoon” tax: how to strengthen wealth transfer taxation 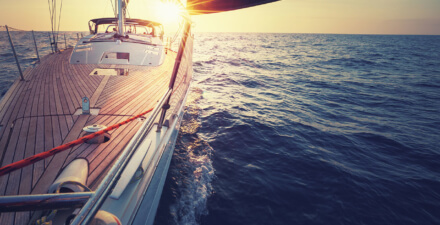