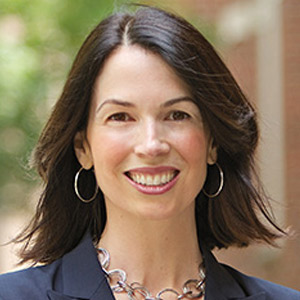 Lily Batchelder is the Robert C. Kopple Family Professor of Law at NYU School of Law and an affiliated professor at the NYU Wagner School of Public Service. She served as deputy director of the White House National Economic Council and deputy assistant to the President under President Obama (2014-2015), and majority chief tax counsel for the US Senate Committee on Finance (2010-2014). Batchelder’s scholarship and teaching focus on personal income taxes, business tax reform, wealth transfer taxes, retirement savings policy, and social insurance. She is on the board of Tax Analysts and the National Tax Association. Before joining NYU in 2005, Batchelder was an associate at Skadden, Arps, Slate, Meagher & Flom, director of community affairs for a New York state senator, and a client advocate for a small social services organization in Ocean Hill-Brownsville, Brooklyn. Batchelder received a B.A. in political science with honors and distinction from Stanford University, an M.P.P. from the Harvard Kennedy School, and a J.D. from Yale Law School.

The “silver spoon” tax: how to strengthen wealth transfer taxation