Fifty-eight economists and other social scientists, including Nobel laureates Robert Solow and Joseph Stiglitz, former chair of the Federal Reserve Janet Yellen, and former chairs of the Council of Economic Advisers Jason Furman and Laura Tyson, endorsed the Measuring Real Income Growth Act of 2019, which was reintroduced in the U.S. Senate today by Senator Chuck Schumer (D-NY) and Senator Martin Heinrich (D-NM). The bill was previously introduced in the House of Representatives by Representative Carolyn Maloney (D-NY).

The Measuring Real Income Growth Act would add a distributional component to the National Income and Product Accounts, breaking out income growth into deciles of income and allowing us policymakers and the American people see who prospers when the U.S. economy grows. The bill was previously endorsed by 11 economic nonprofit organizations, including Equitable Growth.

The text of the letter and a link to the letter with all signatories listed are below.

We the undersigned economists and other social scientists are writing in support of the Measuring Real Income Growth Act of 2019. This act would direct the U.S. Bureau of Economic Analysis to report on growth in income for each decile of income earners.

Pundits and politicians frequently judge economic progress by reference to Gross Domestic Product (GDP) growth, a one-number measure of output that is both readily available and easily comparable across countries. These two features have fueled its adoption as an indicator of prosperity. But as income inequality has widened, GDP is increasingly ill-suited for this purpose.

In the mid-20th century, families all along the income distribution tended to share the fruits of growth equally, making GDP growth broadly representative. But over the past four decades the experiences of rich and poor Americans have been very different, with the latter falling far behind, and average growth, though widely reported and discussed, becoming much less useful as a guide to how the economy is performing for median families.

The inadequacy of aggregate measures of income was noted by Simon Kuznets, who pioneered the creation of National Accounts in the United States. In his report to Congress on the new measurement, he warned that “Economic welfare cannot be adequately measured unless the personal distribution of income is known.” Indeed, such aggregate measures could have a pernicious effect—increases in GDP could lull us into a complacency that all is going well with the economy, when in fact most citizens are seeing their incomes decline.

Nonetheless, the concept of national income accounting is a useful one, and with some improvements could provide valuable guidance for elected officials. A simple first step is to report growth for households at different levels of income so that we know how growth is distributed among the rich and poor, as the Measuring Real Income Growth Act will do.

This data will have a number of useful applications. Research has shown that unequal patterns of growth may be indicative of falling intergenerational income mobility. Combined with distributed consumption data, the national income data could tell us about the accumulation of debt in the economy. In the wake of a recession, this data will help us understand how relief should be targeted.

As important as their analytical value, these statistics will provide a more accurate reflection of the economy for millions of Americans who are poorly represented by aggregate statistics. Surveys show that 66 percent of Americans believe most government statistics are inaccurate. This may reflect in part the legitimate feeling that the economic statistics are not accurately describing their economic experiences and those of people like them. Statistics that show how income is distributed is a small but meaningful step toward rectifying this situation and improving the tools we have available to us to steward the economy. 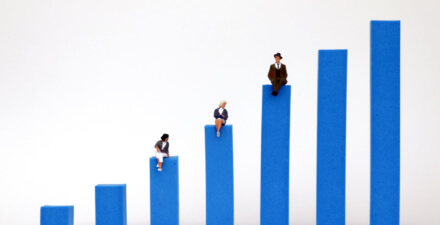