The costs of the deepening coronavirus recession and the benefits of the federal government providing another round of direct economic aid to families are clear.

Let’s begin with the mounting costs of the public health and economic crisis before turning to what Congress must do now, and why another round of direct payments to all families is essential. Cases of the coronavirus recently hit nearly 6 million, with about 183,000 deaths. The rolling result of the pandemic in our economic lives, including temporary business closures, layoffs, shelter-in-place orders, and social distancing, continue to hurt everyone. Low-income families and families of color have been hardest hit. Millions have less money than before the crisis to pay their bills. And this is all happening before an expected second wave of infections and deaths are feared to spread across the country later this year.

The economic costs are accumulating quickly, too. Millions of U.S. workers have lost their jobs and even more are receiving smaller paychecks than before. Some were hit much harder by the crisis than others, including Black, Latinx, and Indigenous American families. As of June—before the case counts began to rise again—30 percent of Black families and 40 percent of Latinx families had lost at least one paycheck, according to a recent study. That compares to 20 percent of White families. Suffering also is widespread today, even relative to the Great Recession, especially for front-line workers, the majority of whom are Asian Americans, Native Hawaiians, or Pacific Islanders.

Additional economic relief from Congress is necessary to help those suffering the most. New research and incoming data show that the relief the U.S. Congress provided this past spring helped support low-income families to make ends meet, such as the findings in a study on poverty rates by the Center on Poverty & Social Policy at Columbia University. But most of that economic relief expired at the end of July. And then, Congress went home.

That support should not have ended. The Coronavirus Aid, Relief, and Economic Security, or CARES, Act included (among other measures) a one-time direct payment to families like the payments at the start of the Great Recession of 2007–2009. The main differences between the two are size, eligibility, and speed of delivery. In 2008, Congress sent out $600 per eligible adult and $300 per dependent child. The payments in 2020 were $1,200 per adult and $500 per child. That’s nearly $300 billion in total in the second quarter of 2020, or about 2 percent of annual consumer spending. In addition, enhanced jobless benefits, including an extra $600 per week, added $250  billion to the economy through July.

In addition, nearly every woman, man, and child with a Social Security Number was eligible for this direct payment in 2020, unless they had annual income of more than $150,000 for couples or more than $75,000 for individuals. Thus, eligibility for this rebate was much wider than in 2008, and included 85 percent of the U.S. population. The U.S. Treasury Department also got the money to people much faster this year, with the first direct deposits arriving as early as mid-April. Most families had their rebates by the end of May.

An array of new studies show that the 2020 rebates helped U.S. families. And despite many unique features of the current recession, numerous studies summarized in a report by one of the co-authors of this column demonstrates that the effectiveness of these rebates was similar to the 2008 rebates that helped families in the Great Recession.

First, the 2020 rebates buffered the freefall in spending and helped get people back to work. Consumer spending—as measured by transactions in their bank accounts—began to rebound as soon as families received their rebates. Of course, the rebates, along with other aid such as enhanced unemployment benefits, were not enough to reverse steep declines in spending, but they did provide some relief to many families. (See Figure 1.)

Surveys of families in May and June show that between 40 cents and 60 cents of every rebate dollar was spent, with most spending occurring within a few months of receiving the rebates. This adds up around 0.7 percent of aggregate consumer spending. Another survey, similarly shows that many people spent their payments. Thus, the rebates provided notable support to the economy early in the recession and helped to slow the downward spiral.

This $300 billion in payments was critically important to stabilizing the U.S. economy. Most of the spending occurred quickly—within weeks of receipt. Some sectors benefited more, as spending turned up most in food, rent, and other bills. Some of the rebates went to all types of spending, including big ticket purchases such as cars. Spending patterns did differ between 2020 and 2008. (See Figure 3.)

The payments to families in the spring of 2020 helped them directly, and the U.S. economy broadly, by supporting an upturn in consumer spending. In addition, the payments that were not spent can also benefit the economy. Some families saved their rebates, especially those who kept their jobs and their income steady. Unfortunately, families caught up in the economic collapse—often those with smallest financial cushion—were unable to save their payments.

As a result, they will be less able to weather future economic setbacks. The coronavirus pandemic and the ensuing recession rage on, and families can only spend their payments once. Many are now scrambling to pay the bills, and some are missing their rent or mortgage payments.

Targeting direct economic aid and enhanced unemployment benefits to families suffering the most today and going into the fall and winter is good policy and pushes back against a further increase in income inequality. The CARES Act, including direct rebates and enhanced jobless benefits, was integral for families and small business owners, especially those with less income and marginalized groups, to weather the onset of the coronavirus recession. It is imperative that substantial additional assistance be provided to those in need. We are facing a pandemic that threatens our well-being in countless ways, perhaps for years to come.

Congress must do more to support all families and keep us safe. 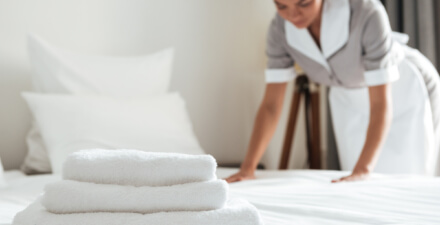 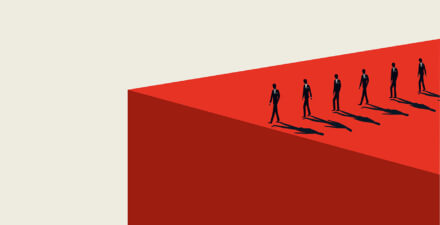 Sleepwalking into depression: The economic response to COVID-19 in the United States