Competitive Edge: The silver lining for antitrust enforcement in the Supreme Court’s embrace of “textualism”

The case questioned the FTC’s authority to seek disgorgement as a remedy for violations of Section 5 of the Federal Trade Commission Act under Section 13(b) of the act. In an opinion authored by Justice Stephen Breyer, a unanimous Supreme Court concluded that the act did not provide for that authority. Section 13(b)’s use of “injunction,” the Supreme Court reasoned, was not the equivalent of the broader “equitable” relief with which disgorgement is associated and which is used in other provisions of the act.

Importantly, a comparison of Section 13(b) with those other provisions confirmed for the Supreme Court that Congress well understood the difference between the limited “injunction” and the broader “equitable” relief. The choice of language was deliberate and warranted differing interpretations. Under a textualist approach, the words would have to be assigned their distinct meaning.

As the Washington Center for Equitable Growth’s Director of Markets and Competition Policy Michael Kades explains, the decision in the AMG case was a blow to the FTC’s remedial authority that prompted immediate criticism and calls for legislative reform. In limiting the commission to injunctive relief, the Supreme Court had significantly circumscribed the commission’s remedial powers and, with it, had unquestionably diminished the deterrent value of its law enforcement power.

But is there a silver lining for antitrust law in the Court’s commitment to textualism?

Before AMG, the Supreme Court had demonstrated little, if any, interest in textualism to interpret the principal antitrust statutes. To the contrary, it often alluded to the common law origins and inherent flexibility of the terms of the Sherman Antitrust Act of 1890, which, over time, spilled into its interpretation of the Clayton Antitrust Act of 1914. AMG’s textualism calls those decisions into question—and they are worth questioning.

As lively debates about the future of U.S. antitrust law rage on, one persistent question has been: Can the current tools available to the antitrust enforcement agencies be more fully and effectively utilized? Textualism may hold the promise of an affirmative answer to that question, especially when it comes to the Clayton Act.

A brief history of the Clayton Antitrust Act of 1914

The Clayton Act was, by design, intended to augment the Sherman Act and redress the courts’ constrained reading of the Sherman Act’s common-law-derived standards in its first quarter-century of enforcement. To achieve the desired result, Congress made two textual choices. First, in lieu of the general language of the Sherman Act, it opted for more highly specified prohibitions. Second, it used an “incipiency” standard of competitive harm that recurs in all the Clayton Act’s main prohibitions.

In place of the Sherman Act’s unreasonable “restraint of trade” and “monopolization” standards, the Clayton Act prohibits conduct when its effect “may be to substantially lessen competition, or to tend to create a monopoly.” This text is used in its prohibition of price discrimination (Section 2), exclusionary contracts (Section 3), and mergers and acquisitions (Section 7). The choice of “may be” and “tend” signaled a departure from the Sherman Act and reflects congressional intent that the burden of establishing competitive harm under the Clayton Act should be lower than that required under the Sherman Act. (In other ways, the Clayton Act is narrower than the Sherman Act. Sections 2 (price discrimination) and 3 (exclusive dealing and tying), for example, are limited to sales of goods and exclude services.)

True to Congress’ intentions, early Supreme Court interpretations of the Clayton Act assigned significance to the Clayton Act’s text. The Court held in 1922 that Congress viewed the incipiency standard as a means of expanding the Sherman Act as it had been interpreted at the time, providing that conduct within the scope of the Clayton Act could be challenged “before the harm to competition is effected.” Then, in 1962, it explicitly noted that Section 7 “was intended to reach incipient monopolies and trade restraints outside the scope of the Sherman Act.” Similarly, the Supreme Court in 1941 viewed the FTC Act, which had also become law in 1914, as intended “to reach not merely in their fruition but also in their incipiency combinations which could lead to these and other trade restraints and practices deemed undesirable.”

The Supreme Court differentiated, however, between the “mere possibility” that an agreement falling within its terms would “substantially lessen competition or tend to create a monopoly” and the probability that it would do so, noting in 1922 that Section 3 could reach the latter, though not the former. Still, the Supreme Court would later observe, in 1961, that it had not drawn the line “where ‘remote’ ended and ‘substantial’ began.”

The Supreme Court’s decades-long wavering on the degree of probability necessary to establish an anticompetitive effect left enough discretion for courts to progressively downplay the significance of the Clayton Act’s text or simply to ignore it. “Probability,” of course, can range from low to high. But increasingly, courts, including the Supreme Court in 2021, have suggested that Sherman Act offenses require proof of “actual” competitive harm—ignoring even well-established Sherman Act precedent that has long used the formulation “actual or probable.”

Over time, therefore, two trends dissipated the potential potency of the Clayton Act: The courts demanded ever greater degrees of certainty of competitive harm in Sherman Act cases and progressively downplayed the distinction between the Sherman Act and the Clayton Act. Alleged offenses under both acts became homogenized. Burdens of proof for plaintiffs became elevated.

At best, the Supreme Court only paid lip service to the textual distinctiveness of the Clayton Act. In Brooke Group Ltd v. Brown & Williamson Tobacco Corp., for example, the Court acknowledged in 1992 that, whereas proof of a violation of Section 2 of the Sherman Act requires “probability” of competitive harm, a violation of the price discrimination provisions of Section 2(a) of the Clayton Act only requires a “possibility” of harm. It nevertheless concluded that a unitary standard should apply for claims of primary line predatory price discrimination under the Clayton Act and predatory pricing by a monopolist under Section 2 of the Sherman Act.

In short, the Supreme Court acknowledged the textual difference but failed to assign any significance to it. Worse, it imported the unduly restrictive “dangerous probability” of successful  monopolization requirement from the Section 2 offense of attempt to monopolize, without regard for its distorting effect on the Clayton Act. The decision has been criticized on the merits and is irreconcilable with AMG.

Reevaluating the Clayton Act through a textualist lens

The distinctive text of the Clayton Act could support a more expansive view of its reach, aided in part by both its more highly specified prohibitions and a less demanding burden of proof. Such an approach would also be supported, as in AMG, by crediting its text, contrasting it with the text of the Sherman Act, and assigning significance to it instead of ignoring and diluting it. Although there is nothing “ambiguous” in the Clayton Act’s text—a prerequisite that some strict textualists will often cite for consideration of legislative history—for the less strict, that history is rich and strongly supports the view that the Clayton Act was intended to have significance that it has been denied.

Three specific areas illustrate how such an approach could reinvigorate antitrust enforcement, especially by the Federal Trade Commission and the Antitrust Division of the U.S. Department of Justice. First, as noted, conduct such as that in Brooke Group should have been easier to challenge.

Second, Section 3 of the Clayton Act has lost its distinctiveness, and hence its vitality, as a prohibition of various types of exclusionary contracting practices of goods, especially tying, exclusive dealing, and conditional pricing practices. Those practices have been subjected to demanding standards of proof by the courts, which have linked Section 3’s fate to the increasingly demanding standards of the Sherman Act’s rule of reason. Very few plaintiffs, public or private, have prevailed.

Third, the proof required in government antitrust challenges to horizontal mergers has become  demanding. This is the case even when challenges are brought pre-consummation based on predictions of likely effects.

Restoring balance to the process might begin with the recently announced plans to revise the Horizontal and Vertical Merger Guidelines, which could be profitably—and justifiably—modified to reflect a stronger commitment to incipiency. The same statutory text of Section 7 of the Clayton Act has supported every set of these guidelines adopted since 1968, yet the guidelines have continually evolved in the direction of ever more permissible levels of concentration. 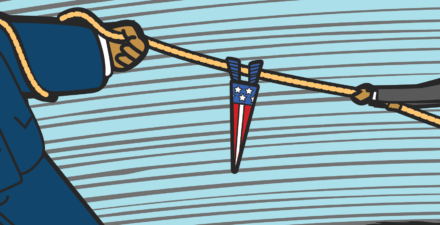 Consider first the Herfindahl-Hirschman Index, or HHI, which has been used as a measure of market concentration in the guidelines since 1982 and by many courts since then. The two federal antitrust agencies could easily back away from the current HHI threshold of 2,500 that defines “highly concentrated” markets, for example, returning to the 1,800 level that was used before 2010.

Revised merger guidelines also could provide an even stronger message about the limited value of market definition when other evidence supports a prediction of anticompetitive harm, include more robust definitions of nascent and potential competition, and clarify the government’s approach to serial acquisitions. Anticompetitive presumptions could also be fortified for horizontal mergers and recognized for vertical mergers.

These kinds of revisions and others could provide a foundation for more aggressive enforcement relying on the text of Section 7 of the Clayton Act. They would also provide added guidance to the courts and greater transparency to the business community.

Revitalizing the incipiency standard of the Clayton Act is not a new idea. What is potentially new is AMG’s commitment to textualism. It provides an opportunity, if not an invitation, to test the Supreme Court’s commitment to consistent textualism: If it can unanimously support retrenchment of the FTC’s remedial power, then it also could support a renewal of its enforcement authority.

—Andrew I. Gavil is a professor of law at Howard University School of Law. 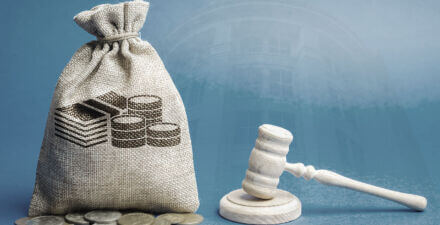 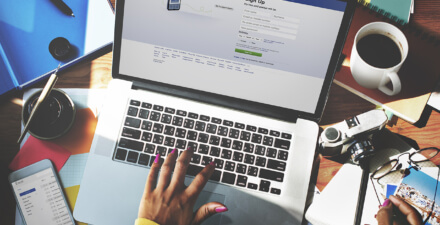