1. The cuts in state and local government purchases that could easily drive the U.S. economy back into deeper depression this fall and winter are already in motion. State and local governments are about to sit down. Consumers are not standing up. Hence the odds that this depression will be a W-shape are high and growing. Read Jacob Robbins, “Sleepwalking into depression: The economic response to COVID-19 in the United States,” in which he writes: “State government employment declined by 247,000 between March and June, local government employment fell by a staggering 1.2 million, and federal government employment has been flat. As the coronavirus pandemic knocks a massive hole in their budgets, governments are laying off workers by the thousands …Without additional aid, the shedding of government workers across the country will continue … What is needed is monthly aid to state and local governments … The federal government needs to act and spend aggressively to support families, workers, and states and localities, and restore consumer demand. Acting swiftly and certainly can mean the difference between a lengthy, weak recovery with unnecessary suffering by those who already suffer from economic and racial inequality, and a strong recovery that leads to stable, broad-based growth and a more equitable economy.”

2. Workers are now losing their jobs at a substantially elevated rate because firms are shutting down and declaring bankruptcy. These are no longer the temporary, emergency, hunker-down playoffs of last spring. Yes, the third quarter numbers will show a substantial bounce back from the second quarter. But the longer-term outlook for the economy and the recovery is slowly getting grimmer and grimmer. Read Kate Bahn and Raksha Kopparam, “JOLTS Day Graphics: July 2020 Edition.”

3. A normal depressed economy has many more hires per month than it has job openings, as those who want workers can quickly and easily find them. This depressed economy is stunningly different. The relationship between job openings and hires is it levels seen traditionally only in bloom times. Where and why is the matching process failing? My suspicion is that firms are unable to provide workers who come into contact daily with elderly relatives with what the workers regard as an acceptable degree of protection from the coronavirus. This is quite puzzling, because effective social-distancing, mask-wearing, and disinfecting is really not rocket science. Again, read Read Kate Bahn and Raksha Kopparam, “JOLTS Day Graphics: July 2020 Edition.”

1. Barry Eichengreen is frightened about the U.S. economy turning down again, with good cause. Read “The Pandemic’s Most Treacherous Phase, in which he writes: “The more dangerous phase of the crisis in the United States may actually be now … Fatalities are still running at roughly a thousand per day … Implications for morbidity—and for human health and economic welfare—are truly dire … Americans[‘] … current leaders are willing to accept 40,000 new cases and 1,000 deaths a day … inured to the numbers … impatient with lockdowns. They have politicized masks … If the economy falters a second time … it will not receive the additional monetary and fiscal support that protected it in the spring … If steps are not taken to reassure the public of the independence and integrity of the scientific process, we will be left only with the alternative of “herd immunity,” which, given COVID-19’s many known and suspected comorbidities, is no alternative at all.”

2. Enough market to keep business is efficient and innovative. Enough central control to make Chinese corporations tools and arms of the state and state purposes. And enough dictatorship to keep party bosses from succumbing to corruption and factionalism. That appears to be Xi Jinping’s plan for 21st-century China. It will, in a decade or perhaps a little more, face the inevitable overwhelming succession problem non-hereditary monarchies inevitably face.  Moreover, Xi’s image of dictatorial state capitalism with egalitarian aspirations and Chinese characteristics has no successful models in the past. These make it appear a low-odds historical gamble at very large stakes. Still, James Madison could be confident that the future would be different from the past because advances in the science of government made it possible to avoid past disasters. Perhaps Xi Jinping thing and his cohorts have similar degrees of optimism. Read The Economist’s “Xi Jinping is trying to remake the Chinese economy,” in which the magazine writes: “Party control is mixed ever more intimately with market mechanisms: The time when private Chinese companies downplayed their links to the Communist Party is gone. By The Economist’s count, nearly 400 of the 3,900 companies listed on stock exchanges in mainland China paid homage to the Communist Party and its leader in their annual reports this year. References by both state-owned firms and their private-sector peers to Xi’s guidance have increased more than 20-fold since 2017 … The idea is for state-owned companies to get more market discipline and private enterprises to get more party discipline, the better to achieve China’s great collective mission. It is a project full of internal contradictions. But progress is already evident in some areas … China’s success in stalling its coronavirus epidemic and restarting its economy has reinforced its belief in what Xi calls China’s “institutional advantages”—the idea that, as a strong one-party state, China can pool its economic and social resources to meet critical objectives … The last major focus of Xi’s market-orderliness reforms has been the financial system … His reassertion of government control over banks, brokerages, and investment firms has been bracingly hands-on, featuring tactics such as the abduction of Xiao Jianhua, a once-mighty financier, from a luxury hotel in Hong Kong in 2017. Several other tycoons have also disappeared, only to re-emerge either chastened or on trial. The message to bankers has been chilling: fall into line with the new order, or else.”

Kaldor and Piketty’s facts: The rise of monopoly power in the United States 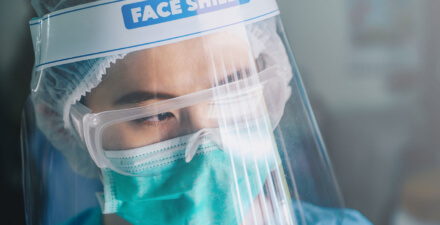