1. If you don’t have time to spend a half an hour or more plowing through the U.S. Bureau of Labor Statistic’s Employment Report, then Kate Bahn and Carmen Sanchez Cumming provide a truly excellent highlights summary. Read their “Equitable Growth’s Jobs Day Graphs: October 2020 Report Edition,” in which they write: “On November 6, the U.S. Bureau of Labor Statistics released new data on the U.S. labor market during the month of October. Below are five graphs compiled by Equitable Growth staff highlighting important trends in the data. While the employment rate of prime-age workers continued to recover in October, reaching 76 percent compared to the pre-pandemic height of 80.5 percent, the pace of its improvement has decreased since the summer.”

2. An equally good briefing on the U.S. Census Bureau’s most recent Household Pulse survey comes courtesy of Kate Bahn, Raksha Kopparam, Carmen Sanchez Cumming, and Austin Clemens. Read their “Equitable Growth’s Household Pulse graphs: October 14–26,” in which they write: “On November 3, the U.S. Census Bureau released new data on the effects of the coronavirus pandemic on workers and households. Below are five graphs compiled by Equitable Growth staff highlighting important trends in the data. Low-income families are more likely to report not being employed compared to middle- and high-income families, exacerbating financial precarity for these U.S. households amid the Coronavirus Recession.”

3. As I am less of an industrial-organization person, I tend to underestimate the importance of market structure and monopoly. But Equitable Growth is on the case. Read “Equitable Growth’s Amanda Fischer joins others in comment letter to antirust regulator on harmful U.S. banking consolidation,” which summarizes the letter: “Fischer, Steele, and Vaheesan argue that the Antitrust Division, along with banking regulators, must reverse the longstanding trend of deregulation and consolidation in the banking industry in order to promote financial stability and ensure the provision of credit to the “real economy.” The U.S. banking industry has been characterized by a long period of increasing consolidation, coinciding with an increase in income and wealth inequality for people across the United States. The top four banking organizations now control nearly 36 percent of all bank deposits in the United States, up from 9.4 percent in 1995. Likewise, these four large banks held 86.7 percent of the total banking industry’s notional amount of financial derivatives as of the first quarter of 2020. Mergers are increasingly rubberstamped.”

1. The idea that the long-run debt costs of expansionary fiscal policy depended on the magnitude of the difference between the required rate of return lenders were demanding on government debt and the growth rate of the economy was one that Larry Summers and I had a very difficult time making progress on when trying to convince people to back at the start of the decade of the 2010s. People kept saying that there was something wrong with it—that there was, somehow, a big difference between the social-cost surface and the interest-rate surface because of the risk that demand for government debt might suddenly collapse. But it was very hard to see how that could be true for reserve-currency countries. And now we find that what was our fringe opinion a decade ago is now conventional wisdom—but, so far, only among professional economists of a technocratic (rather than a partisan or an ideological) bent. Read Gita Gopinath, “Global liquidity trap requires a big fiscal response,” in which she writes: “Vulnerable but viable firms require support, a problem that is much better addressed by fiscal policy … There is also a greater risk of currency wars in a global liquidity trap. When interest rates are near zero, monetary policy works to an important extent by weakening currencies to favour domestic producers … Fiscal policy must play a leading role … Governments should look for high-quality projects, while strengthening public investment management to ensure that projects are competitively selected and resources are not lost to inefficiencies. Many economies can lock in historically low interest rates now and keep debt servicing costs low.” 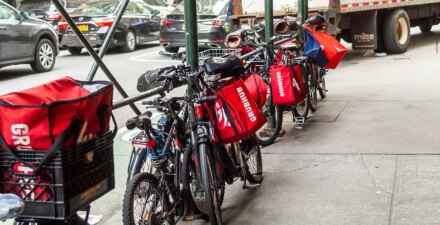 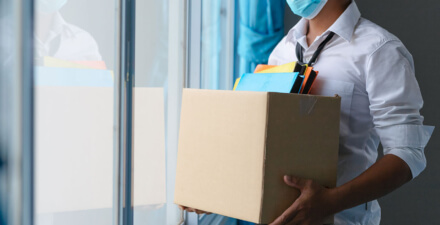