1. This is an excellent choice. This will be great fun. And we really do have a shot at changing the world, albeit in a small way: “Equitable Growth Names Economist Michelle Holder as New CEO” in a press release that details “Holder will take the reins at 7-year-old nonprofit research and grantmaking organization dedicated to accelerating research on how economic inequality affects economic growth and stability. … Holder is an assistant professor of economics at John Jay College, City University of New York. Her research focuses on the Black community and women of color in the U.S. labor market. Holder will succeed former President and CEO and co-founder Heather Boushey, who currently serves as a member of the White House Council of Economic Advisers. “I am thrilled to join Equitable Growth as its new president and CEO,” Holder said. “As a labor economist focused on race, class, and gender, I know how critical Equitable Growth’s mission is, especially funding and examining research to show how economic inequality affects growth. Now more than ever, in this new governing moment, we have a chance to advance evidence-backed policies to promote equitable economic growth.”… Named one of 19 Black economists to watch by Fortune magazine in June 2020. … Holder will officially start as president and CEO in September.”

2. It is crucial now to start doing the work so that policymakers are prepared to deal with the next economic downturn, when it comes. Read Alix Gould-Werth, “A new report lays out the path forward for faltering U.S. Unemployment Insurance system,” in which she writes: “The Unemployment Insurance program has been plagued by serious problems for decades. It is underfinanced, which leads to benefit amounts that are too low, benefit durations that are too short, and enrollment processes that are confusing and cumbersome. The eligibility criteria do not reflect the realities of today’s labor market. … States are now taking unprecedented action that further erodes the strength of the program. More than 25 governors have announced that they will prematurely cut off workers in their states from the federal pandemic unemployment programs that extended benefit length, increased its amount, and made it available to workers who are outside the scope of the traditional program-eligibility guidelines … resting on unproven claims that providing support to unemployed workers hurts labor market recovery. …. Today’s report provides a roadmap to developing a nationally uniform UI program with benefit levels and durations that are responsive to economic conditions … to prevent policymakers from continuing to rely on Band-Aid programs in moments of economic crisis. … The new report also offers a path to ensuring that all members of the contemporary workforce who lose work through no fault of their own are eligible for benefits. And perhaps most exciting, it lays out a blueprint for fixing the financing problems.”

1. A truly marvelous interview of Betsey Stevenson in a transcript and podcast: “Ezra Klein Interviews Betsey Stevenson,” in which she says: “We got three months left of these extra $300 payments. I don’t think anybody is sitting at home and thinking, aw, I just am going to live high on the hog on these unemployment insurance payments. I think they’re thinking, my job is miserable and I’m going to take this nice time for a break. And I’m going to look right now while I can for something better. And I guarantee you that we could get rid of all of unemployment insurance tomorrow, and we wouldn’t put 7.5 million people back to work overnight. … It might even be OK … [to] appreciate the fact that people have had a really hard year. People who have white collar jobs with good incomes feel like they’ve had a hard year. …Well, if you’re barely putting food on the table, your job became enormously more miserable, and then you turn on the news and you see people yelling at you because you’re not getting back to work fast enough. That’s just a lack of appreciation of the humanity of lower wage workers … If UI is having an effect, it’s small. … Do we really need to deny benefits to millions of people because we’re worried about whether we might have had a few thousand more jobs?”

2. What do we mean when we say that “the plague years will pack between one and two decades of digital transformation into a very short time”? We need to figure this out, because it is going to be very important not just for productivity but for distribution, as a substantial part of white-collar work undergoes a Christensenian disruption, and that ramifies. Read Steven Sinofsky, “Disruption at Work: It’s More than just WFH,” in which he writes: “The structure and design of corporations are rooted in everything that happened after WWII from an influx of labor, growth in housing, rise of computing, and even the military. …The disruption that took place was “scale”—corporations brought capabilities to make and distribute things globally. … The first 25 years of internet … Walmart took computers and software and turned the elaborate processes of selecting merchandise, distributing it, monitoring sales, and so on and automated it per store. Amazon built one giant store with everything. … That is what disruption looks like. … The pandemic pulled forward a decade or more of “digital transformation”… the equivalent of what WWII did to the corporation. … The question is not “work remotely”, but what is the very structure of getting things done? We can’t see it now. … It happens slowly at first, then very quickly. It seems impossible to imagine a different way to do things, then we’re doing things in a different way.”

3. The step-away from high-tech industrial policy that happened in the late-1970s here in the United States is still something that is grossly understudied. How did America forget so much of its Hamiltonian history that the Democratic establishment’s position in 1984 could have been one of opposition to “industrial policy”—that we should let the market pick our leading sectors, because the market was really good at figuring out where major externality spillovers were and at directing resources toward them? That was, frankly, insane. Yet that was what I was taught. The underlying, rarely voiced argument was that America was so sclerotic and prone to rent-seeking that we did not dare even think about what Alexander Hamilton had thought about, because it would encourage the rent-seekers and give them another tool to use to justify their actions. But they did not need another one. They had plenty. And we needed faster economic growth. Read Robert Farley: “With Focus on China, US Senate Passes Major Industrial Policy Bill,” in which he writes: “If the bill ultimately passes both houses of Congress, it will represent a major shift in how the United States government manages its relations with the tech sector. … The bill is intended to foster the reinvigoration of the manufacturing side of the U.S. technology sector. … The Senate version faces criticism regarding the lack of significant oversight of the technology companies that will benefit from the bill. However, the extent of bipartisan support in the Senate suggests a big enough coalition to survive negotiations between the House and Senate versions. … Both Republican and Democrats displayed an allergy to industrial policy after the 1970s; that both now seem interested in government intervention is a huge change from the long-standing consensus. … Whether this amounts to a new “Cold War Consensus” is altogether uncertain, but the fact that concern over China can bridge one of the most poisonous political divides in U.S. history should probably cause some concern in Beijing.”

4. America as non-overlapping, disparate set of social communities that do not ever, really, get to know one another is the subject of Noah Smith’s “Social Class in America,” in which he writes: “And so we wander through our country as if in parallel realities. We walk through teeming, crowded cities where only a few other people really exist—the other residents of our tiny stratum. Our class equals are real to us, manifesting in living color—people we might laugh with, do deals with, make love with, confess our frustrations to. The members of adjacent classes are a bit less real—washed-out caricatures we deal with using simple heuristics. And the members of distant classes are mere shadows to us—moving objects to be avoided on the street, automated kiosks to service our economic needs, statistics in our daily news. The Walgreens cashier, the BART conductor—who could they ever be to you? And who could you ever be to them?” 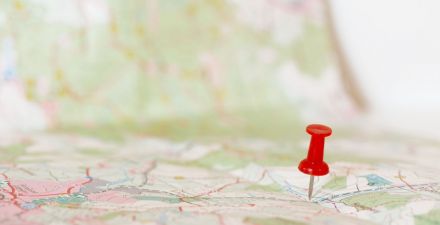 Emilie Openchowski,
Connect with us!