This paper analyzes how patent-induced shocks to labor productivity propagate into worker compensation using a new linkage of US patent applications to US business and worker tax records. We infer the causal effects of patent allowances by comparing firms whose patent applications were initially allowed to those whose patent applications were initially rejected. To identify patents that are ex-ante valuable, we extrapolate the excess stock return estimates of Kogan et al. (2017) to the full set of accepted and rejected patent applications based on predetermined firm and patent application characteristics. An initial allowance of an ex-ante valuable patent generates substantial increases in firm productivity and worker compensation. By contrast, initial allowances of lower ex-ante value patents yield no detectable effects on firm outcomes. Patent allowances lead firms to increase employment, but entry wages and workforce composition are insensitive to patent decisions. On average, workers capture roughly 30 cents of every dollar of patent-induced surplus in higher earnings. This share is roughly twice as high among workers present since the year of application. These earnings effects are concentrated among men and workers in the top half of the earnings distribution, and are paired with corresponding improvements in worker retention among these groups. We interpret these earnings responses as reflecting the capture of economic rents by senior workers, who are most costly for innovative firms to replace. 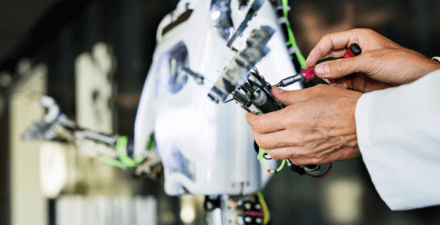