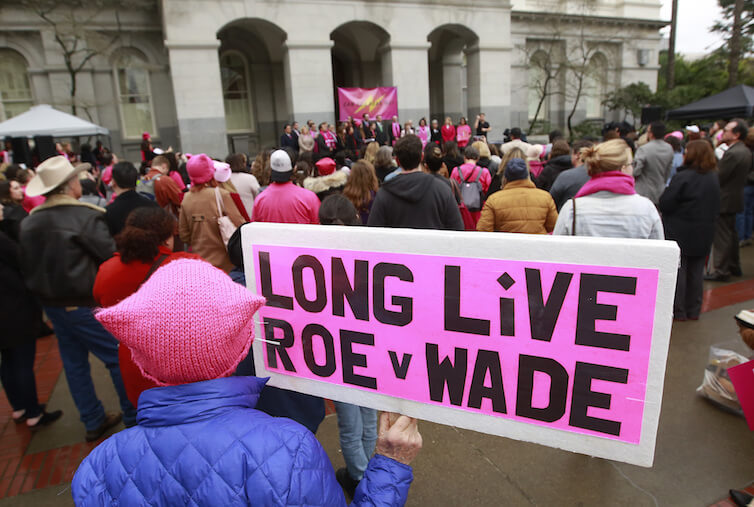 On top of all the many work-life challenges women face in the U.S. labor market, there is one that is uniquely female: the need to be able to count on their ability to control their own decisions about if, when, and how to have a child in order to invest in their careers and take risks in the labor market. Economic, political, and social structures that influence control over a woman’s personal life such as family planning decisions are key determinants of how she engages in the economy via the U.S. labor market.

Access to reproductive rights is part and parcel of other structural factors women encounter with wage discrimination, labor market segregation, and lack of access to policies such as paid leave to help balance family responsibilities with working—all of which limit women’s labor market opportunities. While women’s employment has risen from one-third of the labor force in 1950 to almost half (46.8 percent) in 2018, women still carry out the majority of the responsibilities for raising their families and adjust their careers in order to do this work at home. This is why access to family economic security, including to reproductive rights, is an issue of particular importance to women.

The employment outcomes of every worker in the United States also depend, of course, on a variety of factors beyond the simple Econ 101 trade-off between time spent at work and time spent on life’s other demands. Or, put another way, this so-called labor-leisure trade-off often depends on whether the value of not working is less than the amount one would earn from working. Women and men decide whether to invest their time and effort in developing skills through education or training to increase their productivity—their “human capital” in economic parlance—if they think it will increase future earnings and job satisfaction. But business cycles can also impact outcomes—for example, a downturn increasing levels of unemployment, leading to long-term effects of unemployment on human capital development and lifetime earnings for workers affected. And frictions in how workers transition between jobs can give employers wage-setting power, so that they pay workers less than the value workers contribute to their firms.

All of these connective threads are examined in a forthcoming paper of mine, along with co-authors Adriana Kugler at Georgetown University, Melissa Mahoney at the University of North Caroline, Asheville, and Annie McGrew at the University of Massachusetts Amherst—to be published in 2019, in a special issue of Feminist Economics on reproductive rights. In the paper, we examine the past history of evidence of how bodily autonomy, through the availability of contraception and abortion, contributed to women’s economic advancement and what it means for women’s current labor market opportunities. We examine in particular the patchwork of simultaneous expansions and attacks on reproductive health services in the United States and its impact on women in the U.S. labor market.

Underlying empirical evidence on how access to reproductive health care influences economic factors is the notion that what people are able to do and to be—what Nobel Laureate economist Amartya Sen calls capabilities—are a key determinant of economic well-being. As such, Sen’s capabilities approach takes into account how cultural and social determinants may reinforce economic inequality in one’s ability to access and exercise their capabilities. These fundamental concepts have long been understood in the world of reproductive justice, which is defined by movement co-founder Loretta Ross as “the social reality of inequality, specifically, the inequality of opportunities that we have to control our reproductive destiny.”

Economics research provides evidence on the ways in which variable access to reproductive health care—which ensures one can control one’s reproductive destiny—affects women’s ability to fully engage in the economy with equitable opportunities. In the late 1960s and early 1970s, certain states began to grant unmarried women legal access to the contraceptive pill before it was legalized nationally. Women who lived in these states during their early reproductive years (before age 21), which are prime years for investing in human capital, had better economic outcomes subsequently, evident in increased attendance in law school and medical school, and subsequent higher levels of working as lawyers and doctors. Overall, early legal access to the pill increased women’s labor force participation and contributed to the convergence of the gender wage gap.

Research on the economic impact of access to abortion is more ambiguous, but some evidence suggests that it has had positive impacts on high school completion and employment rates for black women. In addition, the research indicates that being denied an abortion leads to a higher incidence of living in poverty afterward.

After the sweeping changes to access to reproductive health care in the early 1970s that came with broad access to the contraceptive pill and the national legalization of abortion, very little research exists on the economic impact of the current and shifting landscape of access to reproductive health care. In particular, the passage of the Affordable Care Act in 2010 increased women’s access through ensuring no-cost contraception, as well as insurance coverage for family planning services and fertility services in some states. At the same time, restrictions on abortion have been passed by state legislatures since the Roe v. Wade Supreme Court decision in 1973 but have increased in both pace and scope since 2010, after the Affordable Care Act went into effect and when abortion opponents gained greater political power in the 2010 midterm elections.

Our forthcoming paper examines the current variations in occupational mobility between states for women and men, as a comparison group, based on the variety of positive and negative indicators of access to reproductive health care. Occupational mobility measures whether workers are able to take risks in the labor market by changing jobs that can lead to rewards such as higher earnings. It’s a measure of labor market dynamism that tells us how well the labor market is functioning for workers.

Our paper uses the U.S. Census Bureau’s Current Population Survey—specifically its Merged Outgoing Rotation Group for 2015 to 2016—merged with data gathered from the Guttmacher Institute on reproductive health care. Measures of restrictions to reproductive health care include Targeted Restrictions of Abortion Providers, or TRAP, laws and mandatory waiting periods to obtain an abortion procedure. Measures of increased access include state Medicaid funding for abortions and state requirements for insurers to provide a broad range of contraceptives. My co-authors and I employ a linear probability model to examine the impact of access to reproductive health care on year-over-year occupational transitions for reproductive age women compared to men as a control group.

TRAP laws are one of the most extreme measures of limited access to reproductive health care since these laws are designed to foster the closure of health care and family planning clinics that provide abortion services. We find that TRAP laws reduce the likelihood of women moving from one occupation to another by 5.8 percent—a phenomenon known as “job lock” in economics—with no effect on men. The results are robust to the inclusion of regional effects, attitudes toward abortion, Gross State Product, and Medicaid expansion after the Affordable Care Act.

Furthermore, TRAP laws reduce transitions into higher paid occupations by 7.6 percent, with no effect on men. Increased access to abortion had a positive impact on reducing job lock, with state Medicaid funding for abortion increasing the likelihood of changing occupations by 6.5 percent when controlling for region and attitudes toward abortion, but not robust to the inclusion of Gross State Product and Medicaid expansion. Medicaid funding for abortion also had a positive impact on men’s transition from nonemployment to employment, robust across specifications. And while contraception usage is a common and widely accepted form of family planning, broad insurance coverage of contraception had less of a robust impact on job lock, with the exception of increasing women’s transitions from nonemployment to employment by 3.4 percent.

Importantly, we also find empirical evidence that access to reproductive health care affects women differently based on their racial and ethnic identity. Expanded contraceptive access didn’t have an impact on the entire sample of women, but it did have a positive impact on women’s transition from nonemployment to employment for female African Americans and Asian Americans.

This research provides evidence for what many women intuitively understand: that the ability to decide if, when, and how to start a family influences their opportunities in the U.S. labor market. The expansion of Medicaid to include robust reproductive health care services are core to the ability of every working-age female to participate in the economy. In contrast, policies that limit bodily autonomy have negative consequences for how women can invest in their careers. This evidence demonstrates how areas previously considered outside the realm of economics are actually crucial to engagement in the economy. Policies that impact individual lives and families outside of the market must be viewed through an economic lens as well so that women and men can advance broadly shared growth. 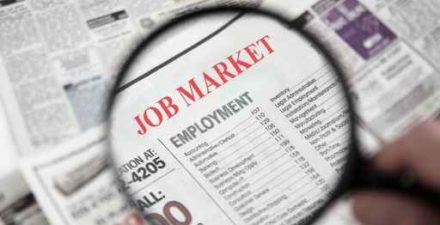