How have automation and digital technologies contributed to wage inequality in recent decades? It may seem like a straightforward question, but it is one that has been difficult for economists to answer. A new NBER working paper from economist David Autor, an Equitable Growth grantee and a member of Equitable Growth’s Research Advisory Board, explains what we can learn from the evolution of mainstream economic thinking on this question over the past four decades—and shows how much we still have to uncover.

In the working paper, “The Labor Market Impacts of Technological Change: From Unbridled Enthusiasm to Qualified Optimism to Vast Uncertainty,” Autor describes the changing economic approaches to studying the relationship between technology and wage inequality through four frameworks. These are the “education race,” the “task polarization model,” the “automation-reinstatement race,” and the “era of Artificial Intelligence uncertainty.” Throughout, Autor examines key developments in a large body of economic research, and the questions they raise as he and other economists seek to chart the impacts of technologies yet to come.

The first framework Autor discusses, the metaphor of a “race” between education and technology, juxtaposes an ever-increasing rise in demand for educated workers and the ability of a labor market to meet that demand with rising supply. In this model, technology’s role in the workplace is generally assumed to advance over time, but as Autor notes, it is not directly measured. This model also shows the rise of the college wage premium and a similar rise in earnings inequality by educational attainment.

The “education race” framework could illustrate some dynamics of wage inequality in the 20th century, but it cannot explain it on its own. Evidence does not show that there is or has been an ongoing shortage of college-educated workers in practice, and Autor also notes that pay for workers without college degrees in the United States has fallen in ways that would not be predicted by this framework for seeking to understand this “education race.”

Over time, economists have developed methods that attempt to directly or indirectly measure and model the growing presence of new technologies in a variety of ways, from tracing supplier records of industrial robots to analyzing text from patent applications. Researchers also have taken a more granular look at the tasks involved in jobs themselves to understand why the use of technology has affected some jobs more than others, and how tasks shift between and within the jobs themselves.

This discussion of occupational change underscores another challenge for economic research, which is how to capture changes not only in the jobs themselves, but even the types of tasks that workers may need to do. Autor describes how this leads to the “automation-reinstatement race,” a paradigm that attempts to navigate the ways automation technologies can be used to not just replace human output, but also to enhance human labor and even create new types of work. Whether and how each path is taken has important implications for inequality in wages and other aspects of job quality.

Indeed, some other evidence suggests that employers are deploying technologies to replace workers for automation’s sake rather than because of any gains in productivity or quality. Companies also may deploy technology in ways that appear to create “new” forms of work, such as ridehail drivers, which differ from the “old” work not in their composition of tasks but in their rights, protections, and legal classifications.

Going forward, can the labor market effects of new technological capabilities in machine learning and “artificial intelligence” be captured by previous models of economic thinking? Autor thinks that the potential implications for work and wage inequality are broad and nuanced enough that new frameworks will be needed. Referring to this present era as one of “Artificial Intelligence uncertainty,” he discusses some of the questions that new frameworks will need to confront, such as the potential paths that the development of artificial intelligence and other technologies will take, and what new roles and areas of specialization will open for workers as these innovations enter workplaces.

Raising these questions does not mean Autor expects a jobless future, whether utopian or dystopian. Rather, he writes, “I do not foresee a moment when labor scarcity (and hence, labor income) is eliminated.”

Autor’s working paper examines how economists have explored whether technological change plays at least some role in widening wage inequality, but also notes that technological change is only one of the many forces at work. In understanding the college wage premium, for instance, Autor mentions that the worsening outcomes for workers without college degrees has taken place in the larger context of declining minimum wages, weakened unions, and other broader structural changes to the U.S. labor market.

The importance of this broader context is reinforced by recent research that shows the importance of policies that strengthen workers’ bargaining power in reducing inequality. Not only is the United States unique among comparison countries in the poor outcomes for its workers without college degrees, but this divergence also can be traced to the countries’ policy choices relating to labor protections, wage setting, and social policies over the past four decades.

Many challenges remain for economic researchers as they seek to understand how technological advances have been used in the workplace, as well as their impact on workers and work in all its forms. Industrial robots can be counted, for example, but technology’s presence elsewhere in workplaces and work processes is often invisible. One case in point: The question of whether management jobs will be automated it still debated, but technology is already deeply layered into many management processes through algorithmic management, a practice that already has widespread consequences for workers and on the organization of work itself.

Similarly, even the question of what tasks make up a job is not driven by technological necessity, but by human decisions within the present policy landscape. Many employers have responded to possibilities opened by technology by reorganizing and deskilling work to be more easily outsourced and automated. And digital technologies have made it easier for employers to monitor and manage workers across these increasingly fractured work arrangements. 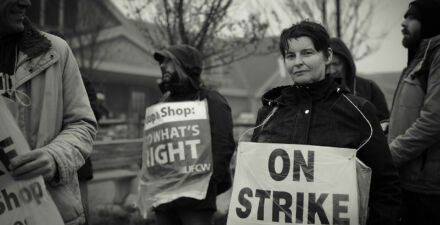 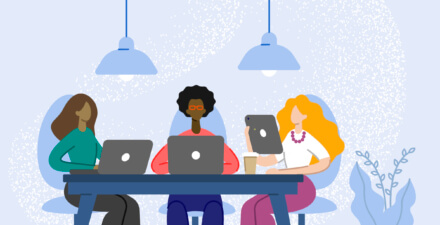 Yet these decisions around the deployment of new automation and digital technologies in the workplace—and even the design of the technology itself—are not a natural “consequence” of new technologies, but rather a series of choices enabled and shaped by existing labor and employment law.

Autor in his new working paper cautions against the dangers of assuming there is only one path of technological advancement, writing that “forecasting the ‘consequences’ of technological change treats the future as a fate to be divined rather than an expedition to be undertaken.” In fact, new technologies could be used to benefit workers, such as by making physically demanding jobs less strenuous or enhancing workers’ health and safety, rather than being used to undermine job quality and destabilize work in a downward job-quality spiral.

Policymakers can make real and actionable policy choices that can affect how employers implement automation and digital technologies in their workplaces—choices that can build “high-road” supply chains and strengthen the rights of workers so that they can navigate these technological changes more effectively. 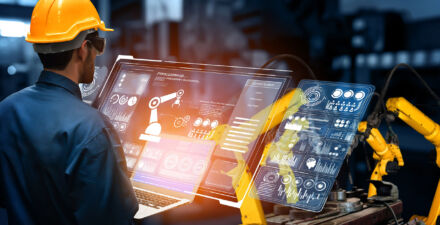 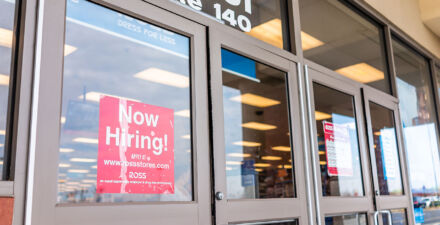 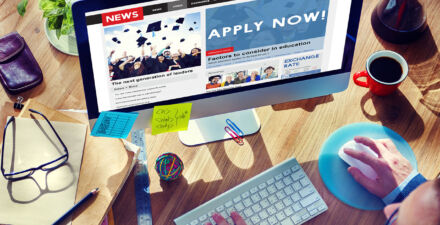