The United States celebrates Labor Day in September, but May 1 is a day on which many other nations around the world celebrate worker power and labor movements. The first May Day in 1886 was marked by widespread demonstrations in the United States by workers demanding an 8-hour workday. Since then, unions have played an outsized role in securing adequate working conditions for the U.S. workforce, beginning in earnest in the early 20th century and building the middle class in the post-World War II era.

This is not the case today. The drastic decline in unionization since the 1980s has exacerbated income and wealth inequality, both of which are rampant and growing in the U.S. economy. Yet there are promising signs recently that the U.S. labor movement is headed toward a resurgence in the 21st century. A wide range of workplaces—from Starbucks coffee shops to Amazon.com Inc warehouses, and national newspaper staff to policy and research institutes, such as the Washington Center for Equitable Growth—are organizing.

In the lead-up to this year’s May Day, this month’s Expert Focus is dedicated to scholars known for their research on worker power and labor movements, and the impact unions have on economic, income, and wealth inequality in the United States. These researchers are advancing the literature on such topics as labor and employment law, union strategies, unions and racial solidarity, immigrant organizing, and wage-setting processes.

The list below is certainly not exhaustive, and indeed, several distinguished scholars in this field have already been featured in previous editions of Expert Focus, including economists Arindrajit Dube at the University of Massachusetts Amherst, Alexander Hertel-Fernandez at Columbia University (on leave while serving as the deputy assistant secretary for research and evaluation at the U.S. Department of Labor), and William Spriggs at Howard University and the AFL-CIO.

Kate Andrias is a professor of law at Columbia Law School. She recently served as commissioner and rapporteur for the Presidential Commission on the Supreme Court. Her areas of expertise are in constitutional law, labor and employment law, law and social movements, and law and democracy. In particular, her work looks at the failures of U.S. law to protect workers’ rights, the historical and contemporary labor movements’ efforts to transform legal structures, the tie between the Constitution, inequality, and political economy, and the relationships between the law and the perpetuation of economic inequality. Andrias has written extensively on labor law and political organizing, including an in-depth overview, published in The Yale Law Journal, of the early Fair Labor Standards Act of 1938, its relationship to collective bargaining, and its role in building the U.S. labor movement. She previously worked for several years as an organizer for the Service Employees International Union.

Kate Bronfenbrenner is the director of labor education research and a senior lecturer at Cornell University’s School of Industrial and Labor Relations. She is also the co-director of the Worker Empowerment Research Project, which will be releasing a policy report on the state of labor organizing and collective actions in May 2022. Her research explores union strategies and labor relations; labor, race, and gender; and the impact of labor laws and trade policy on employment, wages, and unionization. Her most recent book focuses on union and employer strategies on organizing and bargaining in the global economy, and she has edited and co-authored several peer-reviewed books on these and similar issues. Bronfenbrenner also worked for many years as an organizer and union representative. In 2015, she received an Equitable Growth grant to study the gains that low-wage workers—and especially women and workers of color—make when they join unions in terms of wages, benefits, health and safety protections, grievance procedures, training and skill-building, and work flexibility and regularity.

Jake Grumbach is an assistant professor of political science at the University of Washington. His research focuses on political economy, with a particular interest in public policy and race. Recently, he has studied labor unions and business, political and economic inequality, and race and gender in campaign finance. Grumbach contributed a chapter, along with political scientists Paul Frymer at Princeton University and Thomas Ogorzalek at TKO Research, to The Cambridge Handbook of Labor and Democracy on how unions can help White workers become more racially tolerant—a topic on which he also published an article (co-authored by Frymer) in 2021 in the American Journal of Political Science that was highlighted by Equitable Growth. They find that union membership, in addition to upholding labor standards, boosting wages, and addressing economic inequality, also works to promote racial solidarity and foster support for public policy that benefits Black workers, families, and communities, such as affirmative action.

Ruth Milkman is a distinguished professor of sociology and chair of the Labor Studies Department at the City University of New York. Her area of study centers on labor and labor movements in the United States, including low-wage immigrant labor, women workers and gender inequality, and unionization among auto workers in the 1980s and 1990s. She also studies paid family and sick leave policies and violations of employment and labor law. Milkman received a grant from Equitable Growth in 2020, along with Suresh Naidu and Adam Reich at Columbia University and Luke Elliot-Negri at the Graduate Center of the City University of New York, to study the effects of collective action and worker power on platform businesses—specifically, those related to food workers, such as Instacart—as well as public perception of these workers and jobs amid strikes and worker safety concerns during the pandemic. She also received a grant in 2014 to study the effects of paid sick days on workers and their families in New York City.

Suresh Naidu is a professor of economics and international and public affairs at Columbia University. His research lies in the economic history of slavery, unions, and other U.S. labor institutions, intergenerational mobility and the dynamics of inequality, monopsony in the United States, and the economic effects of political transitions. He recently co-authored “Unions and inequality over the 20th century: new evidence from survey data” in the Quarterly Journal of Economics, which constructed the first data on individual union membership during the rise and heyday of union power, showing that union density was an important force driving the increase in economic and racial equality in the mid-20th century. Naidu has received multiple grants from Equitable Growth as part of research teams to study the role of unions in defining contract language, worker power and collective action in platform businesses, and monopsony’s role in the low-wage labor market. He also co-authored an essay as part of Equitable Growth’s Vision 2020: Evidence for a stronger economy book of essays, in which he and co-author and Equitable Growth grantee Sydnee Caldwell of the University of California, Berkeley dissect the wage and employment implications of monopsony and offer policy solutions to combat these consequences.

Jake Rosenfeld is a professor of sociology at Washington University in St. Louis. His research focus is on the political and economic determinants of inequality in the United States and other advanced democracies. He looks at wage-setting across time and place and the role of unions and the consequences of the decline in labor power in the United States, including the racial wage divide. In March 2021, Rosenfeld joined Equitable Growth’s director of labor market policy and chief economist Kate Bahn for a conversation on the role of power in setting wages, policy ideas to improve pay-setting practices for U.S. workers, and more, including his most recent book, You’re Paid What You’re Worth and Other Myths of the Modern Economy. The book outlines incorrect assumptions around how wages are set in the U.S. economy, placing power and social conflict at the heart of economic analysis. 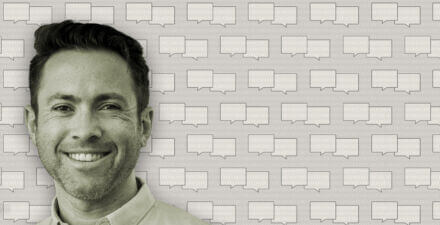 In Conversation with Jake Rosenfeld 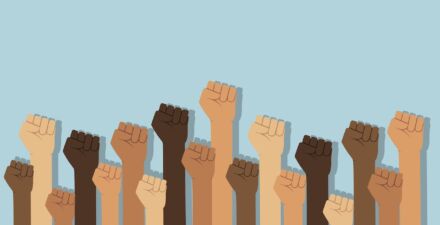 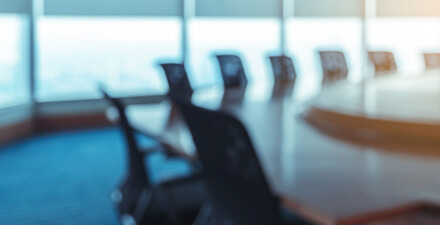