1. Back when I worked at the U.S. Department of the Treasury during the Clinton administration, it was completely and totally routine for us to have distribution tables by income—not by race, but the ones by income were not an unreasonable proxy. It was a problem that distributional tables were not very good. To make them good would’ve required a significant staff boost. The same will be true for the Congressional Budget Office. That’s why the CBO budget needs a substantial boost to do a good job of carrying out this increase in its mission. Read Corey Husak, “Congress needs distribution analyses to make informed, equitable policy choices and the CBO FAIR Scoring Act would deliver it,” in which he writes: “Before voting on legislation, members of Congress usually receive a cost estimate, or score, for that legislation from the Congressional Budget Office. This score provides nonpartisan CBO analysts’ best estimate of how the legislation will affect the federal budget deficit. A cost estimate … represents only one side of the equation. … Members of Congress rarely receive analysis to assess who will benefit from bills and by how much. … Reps. Ro Khanna (D-CA) and Dean Phillips (D-MN) in the U.S. House of Representatives and Sens. Elizabeth Warren (D-MA) and Michael Bennet (D-CO) in the Senate introduced the CBO FAIR Scoring Act … directing the Congressional Budget Office to prepare distribution analyses by race and income for all legislation with substantial budgetary effects … provid[ing] members … with CBO analysts’ best estimate of how the legislation would affect different groups of people—critical information for evaluating who would benefit.”

2. Michelle Meagher is a truly impressive economist and policy analyst, and this is one of the most insightful and interesting interview sessions I have seen this year. Read Michael Kades “In Conversation with Michelle Meagher,” in which they discuss: “The Balanced Economy Project and the missing infrastructure of antitrust policy. … The global monopoly problem. … The problem with worshiping competition. … The broader impact of failing competition on the environment and society. … The monopoly problem with global supply chains. … The problem of monopoly power in global economic development. … The big antitrust and competition research questions.”

3. I hoisted this still very relevant column by Leah Stokes and Matto Mildenburger from February of last year. I would say that it is not so much that the coronavirus recession increased income or wealth inequality but rather that it has very much sharpened the stakes. Differences that you could say were differences between convenience and inconvenience before are now differences that are matters of health and sickness, and within the limit of life and death. Read their “A plan for equitable climate policy in the United States,” in which they write: “This crisis will increasingly and dramatically exacerbate economic inequality in the United States. Low- and middle-income Americans have minimal safety net protections from the impact of climate change. These communities are more vulnerable to health-related risks, don’t have the financial resources to recover from climate disasters, and are more vulnerable to climate-related hazards in the first instance. And U.S. workers and communities who may face economic costs from the energy transition to a more clean economy don’t have guaranteed access to healthcare, pensions, and the necessary assistance to maintain their dignity and quality of life. Already, insurers are declining coverage for housing against growing climate risks such as flooding and wildfires. Without equitable climate policies in place, low-income Americans will have to face a double threat. They will be more likely to die in heatwaves, struggle to recover from hurricanes and wildfires, and, without health insurance, face greater burdens from diseases pushing into new ranges as the planet warms. At the same time, they will struggle the most to pay for the costs associated with preventing even worse climate change impacts. … Equitable climate policy is both good economic policy and good politics.”

1. As I predicted. Read Matthew C. Klein, “U.S. Inflation Is Normalizing,” in which he writes: “The temporary acceleration in price increases is already fading. But keep an eye on a few consumer services dependent on low-wage workers. … Prices that were depressed during the pandemic continue to normalize and as consumer demand for motor vehicles continues to moderate. The Consumer Price Index in July was 0.47 percent higher than in June on a seasonally adjusted basis. That’s the slowest monthly CPI inflation rate since February 2021 (0.35 percent) and significantly slower than in June (0.90 percent). Inflation is currently running just 1.1 standard deviations faster than the January 1995-February 2020 average, compared to 2.7 standard deviations faster in June.”

2. I think this is painting things a bit too rosy. Whether it is true will ultimately depend on the shape the congressional budget reconciliation bill takes, and whether it passes. And it may not pass at all, not in any form. Read Noah Smith, “Score 2 for Bidenomics,” in which he writes: “The bipartisan infrastructure bill is a solid success for the new economic paradigm. … It’s a very rare thing for Republicans to pass legislation that helps the country while a Democrat is President; if Dems act too triumphant about the bill, it could cause the GOP to lose face, since that would mean they handed Biden a partisan victory. Instead, they have to wail and moan, both to allow Republicans to say “Hey look, we got away with stiffing the Dems,” and to leave no doubt in the Dems’ mind that they’ll be letting their voters down if the reconciliation bill gets watered down. In fact, the bill is a major success for the Bidenomics agenda, even if Biden himself ends up reaping only modest political rewards. Remember that government investment is a core element of Biden’s program. Government investment has been falling as a percent of GDP for decades, even as private investment has mostly held up. … Cleaning up lead is an amazing landmark initiative, and of course electric vehicles are great, but I’d have probably skipped the rural broadband (as the technology threatens to be obsolete soon). But you know what? These kinds of spending initiatives are highly encouraging, because they suggest that our leaders have at least some small smidgen of vision for a country that doesn’t just look like a patched-up version of 1985. I mean, come on—we just got Republicans to vote to replace all the lead pipes in the nation. How cool is that??” 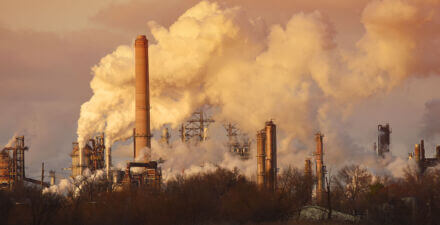 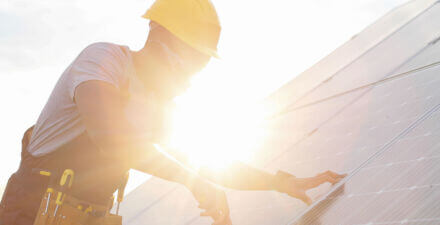