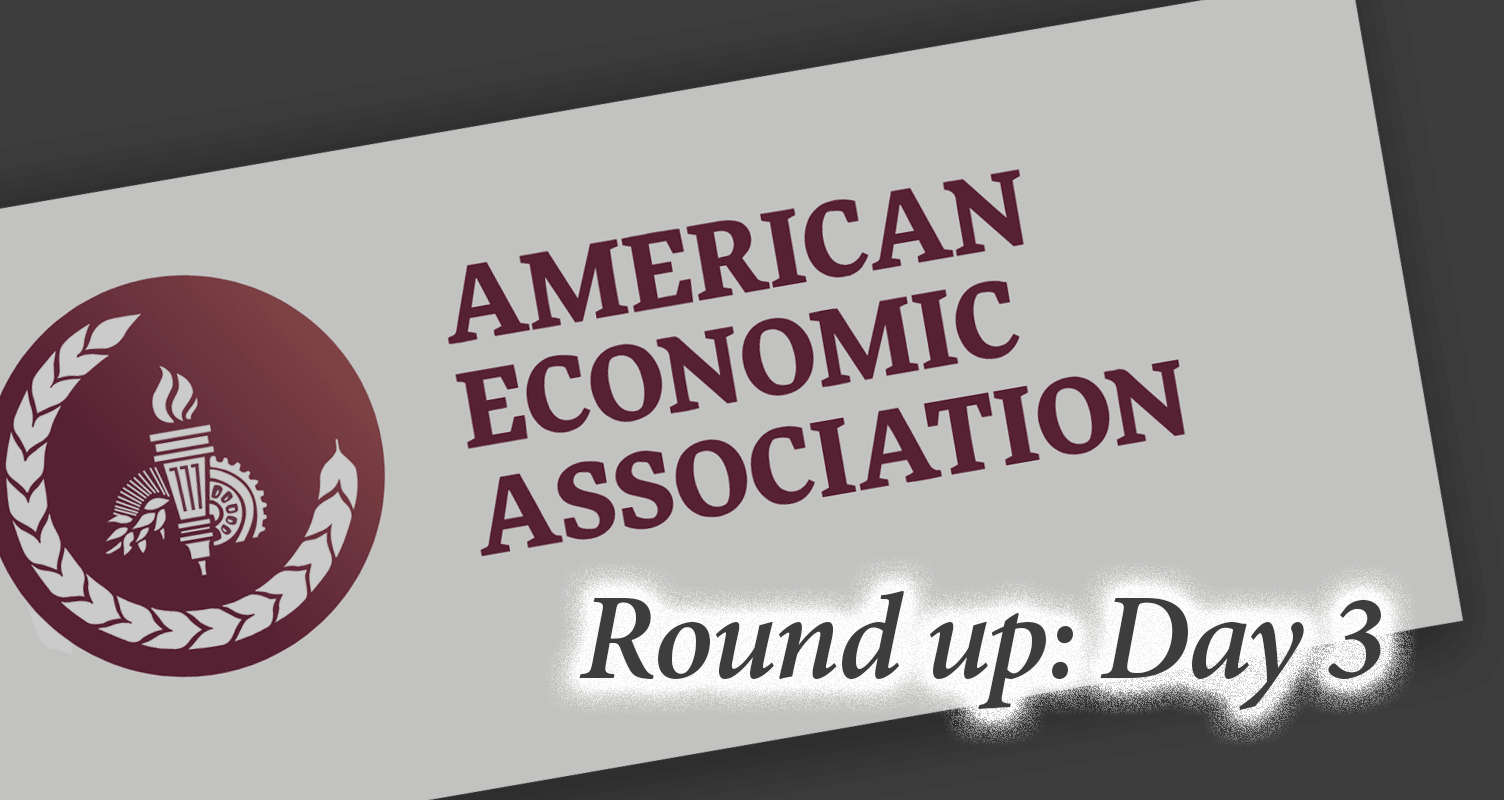 Today was the third and last day of the three-day annual meeting of the Allied Social Science Associations. The conference, held in Atlanta this year, features hundreds of sessions covering a wide variety of economics research. Interesting research is all over the place here, so below are some of the papers that caught the attention of Equitable Growth staff during the third day. Included below are the abstracts from those papers as well as links to the sessions at which they were presented. Check out the highlights from day one and day two of the conference.

“Returning to the Promise of Full Employment: A Federal Job Guarantee in the United States”

Abstract: We propose the passage of legislation guaranteeing every American over the age of eighteen a job provided by the government through a National Investment Employment Corps (NIEC). The permanent establishment of the NIEC would eliminate persistent involuntary unemployment and improve economic well-being, ensuring that the United States is able to achieve full employment, as outlined by the Full Employment and Balanced Growth Act of 1978. The Federal Job Guarantee (FJG) would provide a job, at wages that lead to a higher standard of living, to all Americans seeking employment. Benefits of a job guarantee would be felt far beyond those directly employed under the NIEC. For one, workers under the program would be providing socially useful goods and services to our society. If history is any guide, we can look at the wonders built under the Works Progress Administration, which employed over 8.5 million unique workers from 1935-1943. Workers could rebuild our crumbling infrastructure, help facilitate our transition to a green economy, provide high quality universal child care and education, and more. Such a policy would fundamentally transform the current labor market in the United States, greatly altering the current power dynamics between labor and capital – particularly for those at the less compensated end of the labor market and traditionally marginalized groups. While worker compensation historically tracked productivity growth, we have witnessed a troubling divergence in their paths since the 1970s. This relationship can be restored through bold policies, such as the Federal Job Guarantee, that empower workers. Indeed, such a program constitutes a direct route to producing full employment by eradicating involuntary unemployment, and reversing the trend of lost worker bargaining power by removing the employer threat of unemployment. Since the Federal Job Guarantee achieves, and maintains, full employment it relaxes some of the burden on the Federal Reserve with regards to its dual mandate of achieving price stability and stimulating the economy. Such a policy reform will effectively allow monetary policy to focus more on stable prices.

“Saving Behavior Across the Wealth Distribution”

Abstract: Do wealthier households save a larger share of their incomes than poorer ones? We use Norwegian administrative panel data on income and wealth to examine how saving rates vary across the wealth distribution. We compare our findings to the prediction of workhorse macro models that saving rates are either independent of or decreasing with wealth. We find that the relation between saving rates and wealth depends on whether saving includes capital gains. Saving rates net of capital gains (“net saving rates”) are approximately constant across the wealth distribution, seemingly consistent with workhorse models. However, saving rates including capital gains (“gross saving rates”) increase markedly with wealth. Since the predictions of economic theories are about gross saving, our findings challenge workhorse models with approximately constant saving rates. In contrast, our empirical findings are consistent with a theory featuring multiple assets and portfolio adjustment frictions.

“The ACA Medicaid Expansion in Michigan and Financial Health”

Abstract: Medicaid coverage is expected to relieve financial hardships associated with seeking and using medical care. This project evaluates the impact of the Michigan ACA Medicaid expansion, which resulted in the creation of the Healthy Michigan Plan (HMP), on the financial well-being of enrollees. We use a difference-in-differences approach that compares changes in financial outcomes among HMP enrollees prior to the expansion (July 2011- January 2014) and after the expansion (July 2014- January 2016) relative to individuals in low-income zip codes in states that did not adopt the ACA Medicaid expansions. The sample consisted of 282,150 HMP enrollees and 830,181 individuals living in low-income zip codes in non-expansion states. All individuals were linked at the individual-level to their credit reports for a six year period. We also examined the effect of HMP among subgroups based on income level, use of medical services, and presence of a chronic disease during the first 12 months of enrollment. We find that enrollment in HMP was associated with significant and large reductions in the amount of debt sent to a collection agency, the amount of medical debt sent to a collection agency, and the amount of credit market debt 30 days past due or more. Surprisingly, effects were quite consistent across all subgroups, suggesting that the financial benefits of Medicaid enrollment extend to almost all types of enrollees.

Abstract: In models of job search, unemployment benefits lengthen unemployment duration by decreasing search effort and increasing job selectivity or the reservation wage, but few studies can shed light on these mechanisms. I provide new evidence on job search behaviors using audits of unemployment insurance claimants surveyed as part of the US Department of Labor’s Benefit Accuracy Management program. When state unemployment is high, claimants have lower reservation wages and search for lower-paying occupations. Reservation wages are strongly predictive of reemployment earnings and, in a regression kink design, I find that they positively respond to unemployment benefits. Search effort (measured by the number of weekly work contacts) and occupational choice show no response to benefits.

Abstract: Many of the positive economic trends coming out of the Civil Rights Era for black men stagnated or reversed during the late 1970s and early 1980s. These changes were concurrent with a rapid rise in import competition from Japan. We assess the impact of this trade shock on racial disparities using commuting zone level variation in exposure. We find it decreased black manufacturing employment, labor force participation, and median earnings, and increased public assistance recipiency. However these manufacturing losses for blacks were offset by increased white manufacturing employment. This compositional shift appears to have been caused by skill upgrading in the manufacturing sector. Losses were concentrated among black high school dropouts and gains among college educated whites. We also see a shifting of manufacturing employment towards professionals, engineers, and college educated production workers. We find no evidence the heterogeneous effect of trade can be explained by unionization, prejudice, or changes in spatial mismatch. Our results can explain 66-86% of the relative decrease in black manufacturing employment, 17-23% of the relative rise in black non-labor force participation, and 34-44% of the relative decline in black median male earnings from 1970-1990.

“Discrimination in Hiring: Evidence from Retail”

Abstract: Using data from a major U.S. retailer, we find that black, white and Hispanic managers within the same store are 2-3% more likely to hire workers of their own race. This segregation may be caused by taste-based discrimination, whereby managers intrinsically prefer same-race applicants, or by screening discrimination, whereby managers have better information about same-race applicants. To separate between these hypotheses we use the productivity distributions of commission-based salespeople. We find workers are generally more productive when hired by a same-race manager, and that white and Hispanic workers also have lower productivity variance when hired by a same-race manager, suggesting that screening discrimination is more important than taste-based discrimination.

“The Effect of Residential Evictions on Low-Income Adults”

Abstract: Rising rents have increased attention to the consequences of housing instability and evictions. We assemble novel data linking housing court cases in New York City with administrative data from a number of sources and leverage the random assignment of cases to courtrooms to estimate the causal effect of evictions on homelessness, employment, earnings, public assistance receipt, and health. We find that evictions in housing court substantially increase the probability of applying to a homeless shelter and time spent in shelter. Evictions also increase the likelihood of mental hospitalizations and cause an increase in residential instability beyond the initial move-out. We find some evidence that evictions reduce quarterly earnings and employment modestly, but find no effect on receipt of public assistance. 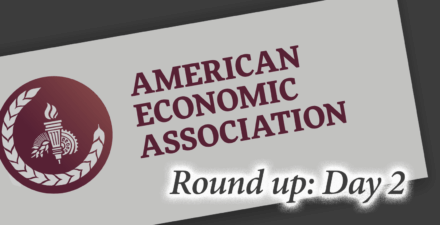 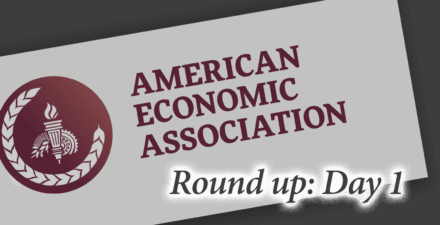 The color of wealth in Boston