Age discrimination in the U.S. labor market is a major economic obstruction 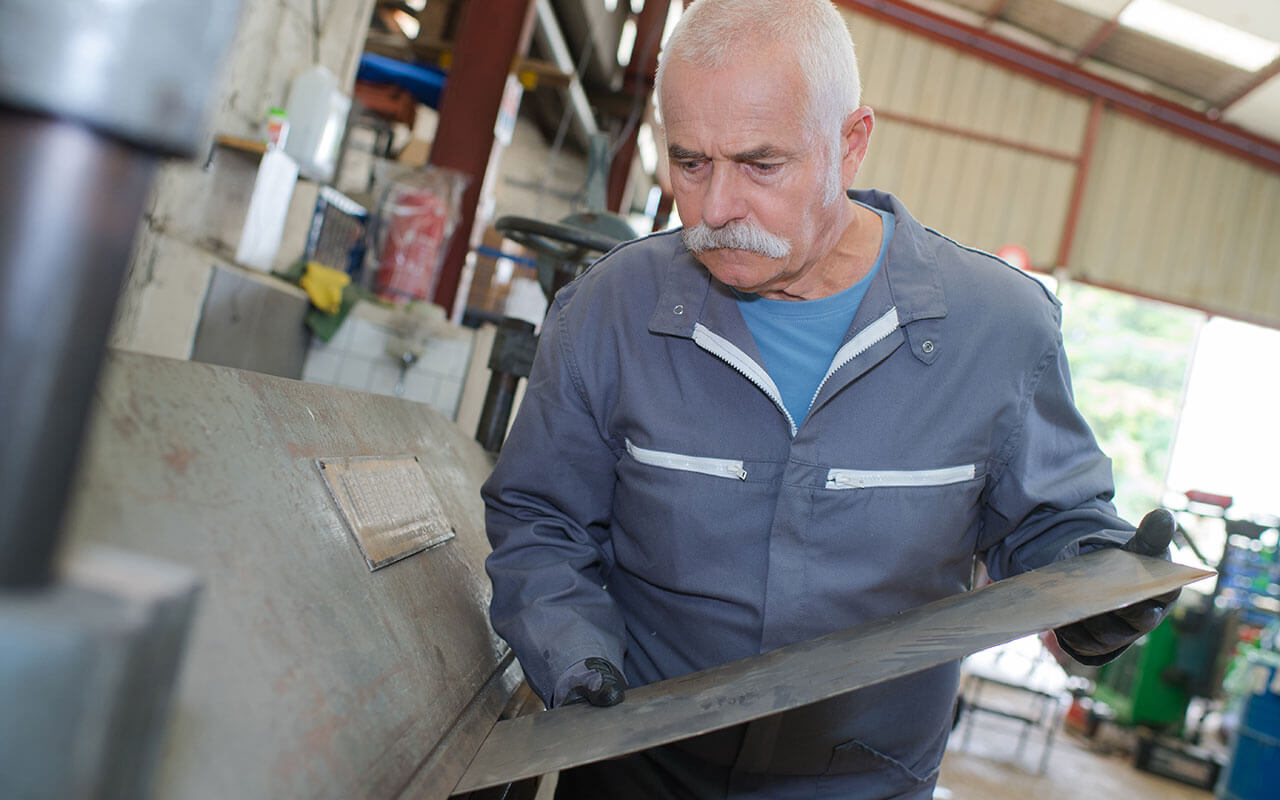 There is ample evidence that employers in the United States discriminate against older workers, particularly in hiring and firing. Such discrimination is illegal, on paper. In reality, age discrimination goes on routinely because U.S. Supreme Court decisions have undermined the laws passed by Congress to outlaw it and because enforcement resources are inadequate. It’s time for Congress to impose a real ban on age discrimination by strengthening the law and providing robust funding for enforcement.

As in much of the world, the U.S. labor force is getting older. In a 2019 paper reviewing studies on demand for older workers and age discrimination, Steven G. Allen of North Carolina State University notes that the share of the U.S. labor force consisting of workers 55 and older has risen from 12.4 percent in 1998 to 23.1 percent in 2018. This, he reports, is for two main reasons. First, our population is aging, due in part to increased longevity—in 2010, 65-year-old Americans could expect to live another 19 years, a 20 percent increase from four decades earlier—and low birth rates. Second, labor participation rates for older workers are increasing, due to improved health, the better earning opportunities that come with our society’s increased educational attainment, greater work incentives in Social Security, the replacement of defined-benefit pensions by defined-contribution plans, and, possibly, the concerns of seniors that they cannot afford to retire.

Produced as part of a lawsuit, the data show that when potential employers knew the age of job applicants from the start, those over 40 were far less likely to be called in for an interview than those under 40. The result was that younger applicants were a whopping 68 percent more likely to be hired. In the other process, when employers did not know the age of applicants, older applicants were invited for interviews at a similar or higher rate than younger ones. Yet during this process, once interviews took place, revealing applicants’ ages, younger people were hired at a 40 percent higher rate.

Discrimination also occurs on the job. A 2018 survey by the American Association of Retired People found that nearly one in four workers age 45 and older had negative comments about their age directed toward them by supervisors or co-workers. And about three in five older workers say they have experienced or seen age discrimination at work.

Finally, a chilling example of how a large employer can systematically lay off older workers to replace them with younger ones is the technology giant IBM Corp., which, for decades, had a reputation of treating its workers well. An in-depth 2018 report by ProPublica shows that the company not only carried out a comprehensive campaign to “correct seniority mix” and “reprofile current talent,” but also managed to evade numerous provisions of federal law in doing so.

Job discrimination, especially in hiring and firing, can have a devastating impact on individual workers. According to a 2018 analysis by the Urban Institute and ProPublica, 56 percent of U.S. workers over the age of 50 reported losing full-time, long-held positions before they were ready to retire, and the researchers suggest that the real figure could be higher. Only 1 in 10 of these workers who experienced a significant drop in earnings ever earned as much again.

The IBM case, which is the subject of a class-action lawsuit, illustrates one of the stereotypes that contributes to many employers’ negative attitudes about older employees—that they are less knowledgeable about, and adept with, new technologies. That was a significant factor in IBM’s decision to lay off so many workers. Other stereotypes, some of which also figured into IBM’s actions, are that older workers have worse interpersonal skills and less physical ability, that they are less flexible and adapt poorly to change, and that they have lower productivity.

These stereotypes are used by many employers as a means of weeding out older job applicants even before they apply for a position. In a 2019 paper, Ian Burn of the Swedish Institute for Social Research, Patrick Button of Tulane University, and Luis Felipe Munguia Corella and David Neumark of the University of California, Irvine use computational linguistics to describe how certain language in ads is associated with age discrimination. The Age Discrimination in Employment Act generally prohibits the use of language in job ads that refers to age, such as “age 25 to 35,” “young,” “college student,” or “recent college graduate.” But the authors used sophisticated linguistic analysis, combined with the data used in a previous paper by Neumark, Burn, and Button, to show that when employers use key phrases associated with stereotypes about older workers, fewer older applicants get called in for interviews.

According to classical economic models, discrimination is a market inefficiency that should harm employers. Those models say that employers must set wages at workers’ “marginal product.” In other words, workers’ wages should reflect the economic value their work creates. Age discrimination, like other forms of discrimination, should be “competed away,” as firms that do not discriminate against older workers, and are therefore more productive, enter and thrive in the market. However, monopsony, or the ability of employers to set wages below marginal product, is gaining increasing attention as a possible factor in lagging U.S. wages. And Equitable Growth Director of Labor Market Policy and economist Kate Bahn describes in a recent article how monopsony may be enabling such discrimination against older women.

Allen’s review of studies on age discrimination looks at the productivity of older workers and finds mixed results. While wages and benefits generally increase with age, productivity might or might not. Allen points to studies that suggest an aging workforce slows down growth of Gross Domestic Product. Yet a European study of physical laborers found that their slower speed was offset by the greater care they took in their work, which resulted in fewer serious mistakes. Also, the value of mentoring younger workers is hard to measure. And older workers have had the opportunity to gain greater experience in the workforce and, perhaps, at a particular firm.

It’s understandable that employers might not want to pay more for mixed productivity results, but again, it’s uncertain what those results are, and, of course, it’s against the law to discriminate. There are steps employers can take to address, say, certain older workers’ lack of immediate familiarity with new technologies—on-the-job training, for example.

Even if some part of discrimination is “rational,” do we want to live in a society where older people are discarded by the labor market, the only channel through which most Americans can make ends meet? As Equitable Growth President and CEO Heather Boushey points out in her book Unbound: How Inequality Constricts Our Economy and What We Can Do about It, labor market discrimination that obstructs certain Americans, including older Americans, from fulfilling their potential creates a drag on productivity and, by extension, economic growth.

There is some risk that older workers crowd out job opportunities for younger workers. Again, Allen’s review of studies finds mixed evidence, with some papers suggesting that employers consider older and younger workers to be substitutes for one another, meaning worker longevity might be harmful to younger workers, but other papers finding no such relationship and therefore no harm to younger workers when older workers stay in the labor force longer. (There is also some anecdotal evidence that younger workers can be the direct victims of ageism, in the form of so-called reverse age discrimination, but more research is needed to determine how serious this problem really is.)

Age discrimination has been against the law for more than a half-century. Congress enacted the original Age Discrimination in Employment Act in 1967, at the urging of President Lyndon B. Johnson. The language of the ADEA was based in large part on the employment discrimination title of the Civil Rights Act of 1964, Title VII. (The rationale for not including age discrimination in that bill was that discrimination based on race and religion was thought to be fueled, at least in part, by hostility to those minority groups, whereas older Americans did not face such hostility.) As with Title VII, the prohibitions on employer discrimination in the ADEA included an exception for bona fide requirements, such as casting age-appropriate actors for TV shows and movies. While the ADEA applied initially only to ages 40 to 64, the upper age limit was eventually raised and then abandoned in subsequent legislation.

Two developments have undermined protections against age discrimination: decisions by the Supreme Court and Congress’ weakening of funding for the federal Equal Employment Opportunity Commission, which is charged with enforcing the law against discrimination.

Three major Supreme Court decisions seriously undermined the ADEA. The first, in 1993, enabled an employer to flout the law when it said the plaintiff’s firing at age 62, weeks before he would have been eligible for his pension, was not age discrimination because it was based on length of service. Given the ease with which employers can use length of service as a proxy for age, that decision suggested the Court did not take age discrimination very seriously.

A third decision, in 2018, has an impact that is broader than age discrimination but nevertheless weakens the ability of workers to sue employers who discriminate based on age. The decision essentially enables employers to obtain from workers when they are hired a waiver of their right to engage in class-action lawsuits against their employer. An inability of older workers to sue as a class is yet one more way in which the Court has effectively undermined the ADEA.

Finally, as AARP puts it, the Equal Employment Opportunity Commission is a watchdog that has lost its bark. According to an analysis by Vox, while the commission seeks to maintain a focus on age discrimination, its shrinking staff is overwhelmed by the number of cases.

Members of Congress are fighting back. On January 15, a strong bipartisan majority of the House of Representatives passed the Protecting Older Workers Against Discrimination Act, a bill that would reverse the 2009 Supreme Court decision, Gross v. FBL Financial Services, Inc., returning to the pre-2009 level of proof required to show age discrimination. The bill is now pending in the Senate, where it also enjoys bipartisan support, though a floor vote there is still unlikely.

There are other things Congress can do. It can respond to the 2018 Supreme Court action by preventing employers from effectively barring collective action by their workers. In addition, Congress should consider giving older workers the legal right to a phased retirement, lowering the stakes for employers that might be reticent to make long-term commitments to older workers and giving workers the chance to delay claiming Social Security. Finally, despite modest funding increases in recent years, the Equal Employment Opportunity Commission needs more money; Congress should raise appropriations to a level that would enable the commission to do its job and protect aging workers and others who are victims of discrimination.

Employers as well bear responsibility for eliminating discrimination in the workplace. They should be fighting stereotypes through job training and educational campaigns. And their application processes should be made as age-blind as possible, enabling older workers to compete fairly for positions.

The older our society becomes, the more damage age discrimination will cause. Now is the time for Congress, the Equal Employment Opportunity Commission, and employers to recognize discrimination, ensure that federal law against discrimination is meaningfully interpreted and enforced, and, ultimately, give all workers the ability to make a contribution in the workplace as long as they can do the job. Every worker deserves that opportunity. 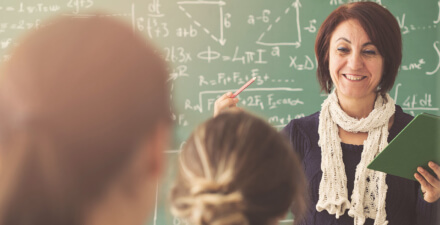 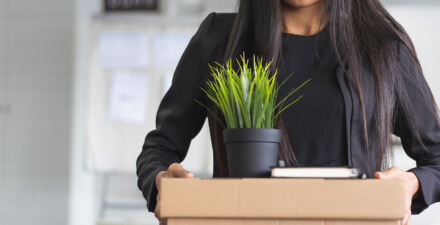 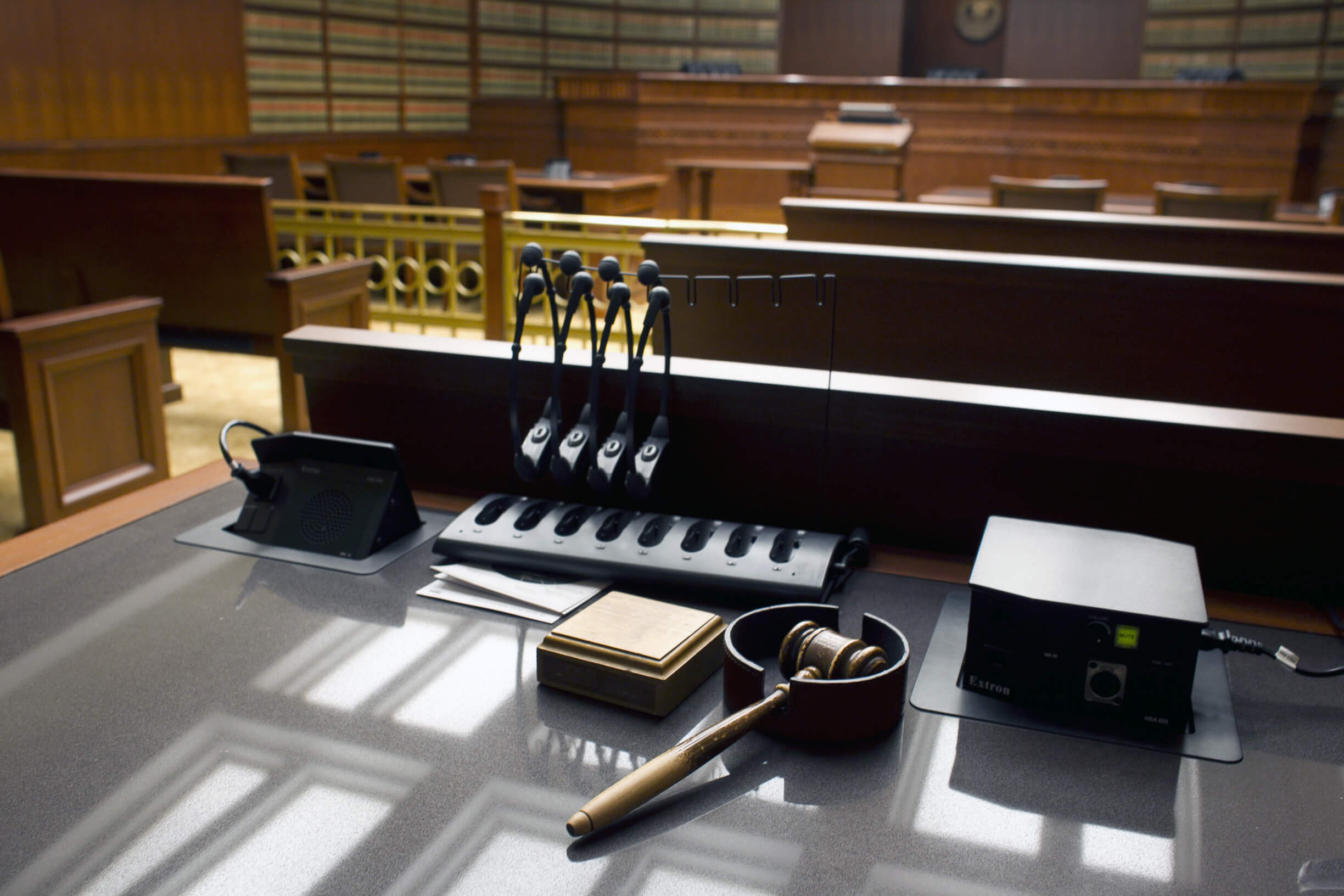 The unfortunate power of stereotypes