What is Gross Domestic Product, and what does it measure?

Gross Domestic Product growth may once have indicated good fortune for the vast majority of Americans, but over the past several decades, many Americans were left increasingly behind. This reality is masked by a widely shared misunderstanding of what average growth really means for individual people. Growth tells us little about who actually prospers when the economy grows. As such, policymakers’ diagnoses of the U.S. economy, and their prescriptions for what ails it, are based on the wrong metric.

What is Gross Domestic Product?

Gross Domestic Product, or GDP, measures the total goods and services produced in a nation in a given time period. GDP growth is simply the percent change in this measure over time, indicating whether the economy in aggregate is growing or contracting. The problem with measuring GDP growth in the aggregate is that it misses completely the central economic issue of our time—how income growth diverged between those at the top of the income spectrum and the rest of society over the past four decades. (See Figure 1.) 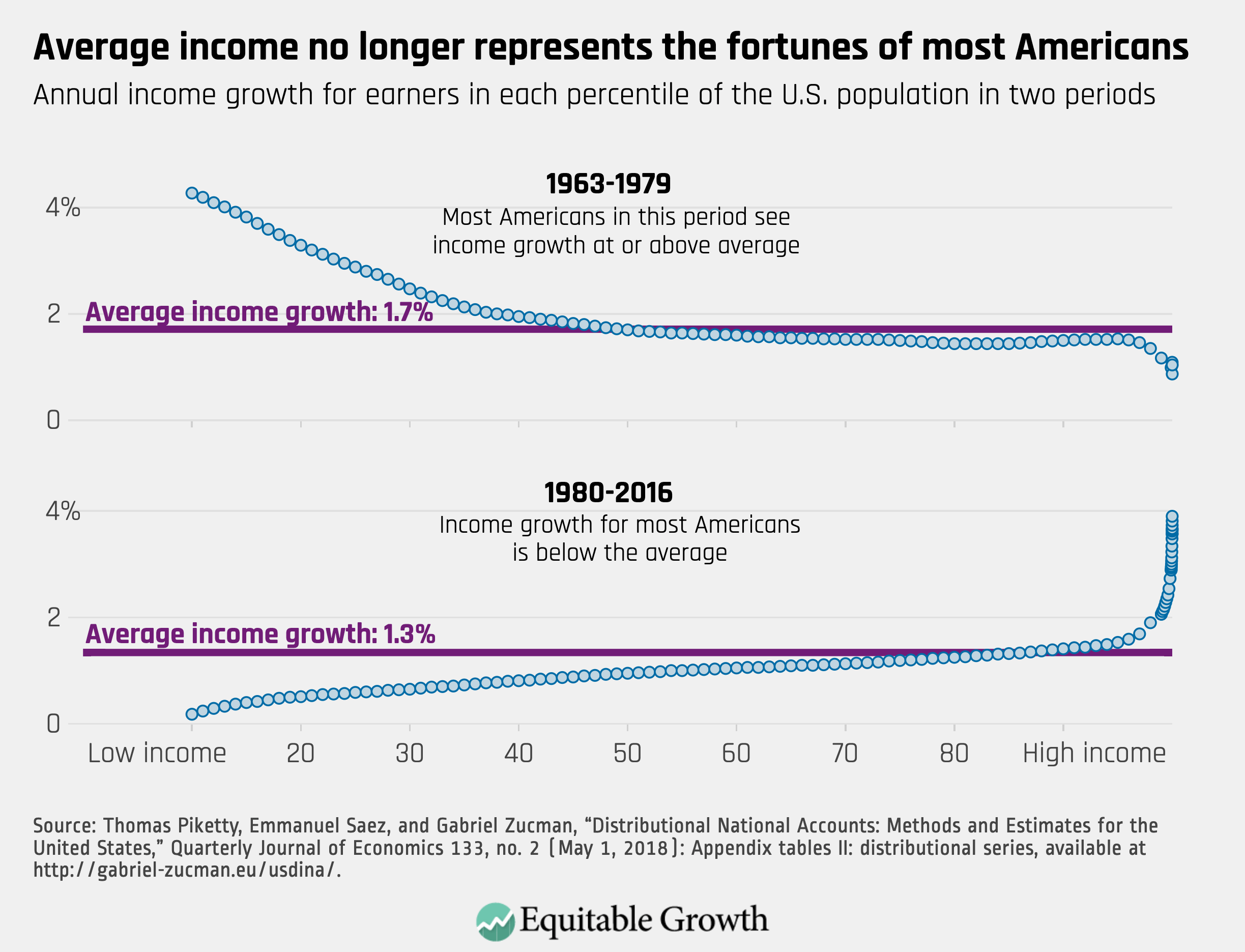 What does GDP measure?

Gross Domestic Product can be understood as measuring the average progress of the economy. Our national preoccupation with GDP and the worldwide standardization of GDP as a measure of a country’s economic fortunes results today in policies justified by the economic maxim of “growing the pie.” But GDP was never intended to serve as a measure of well-being for the workers and families that make up the economy. For that, we need to understand how the economic pie is distributed.

If we wish to reverse the course of the past four decades, where income inequality grew rapidly, the first step is to measure how income inequality is changing right now. Aggregate GDP is no longer representative of the fortunes of most Americans. (See Figure 2.) A better understanding of how typical Americans are faring in the modern economy will require new metrics that build upon GDP or, in some cases, move beyond it completely. 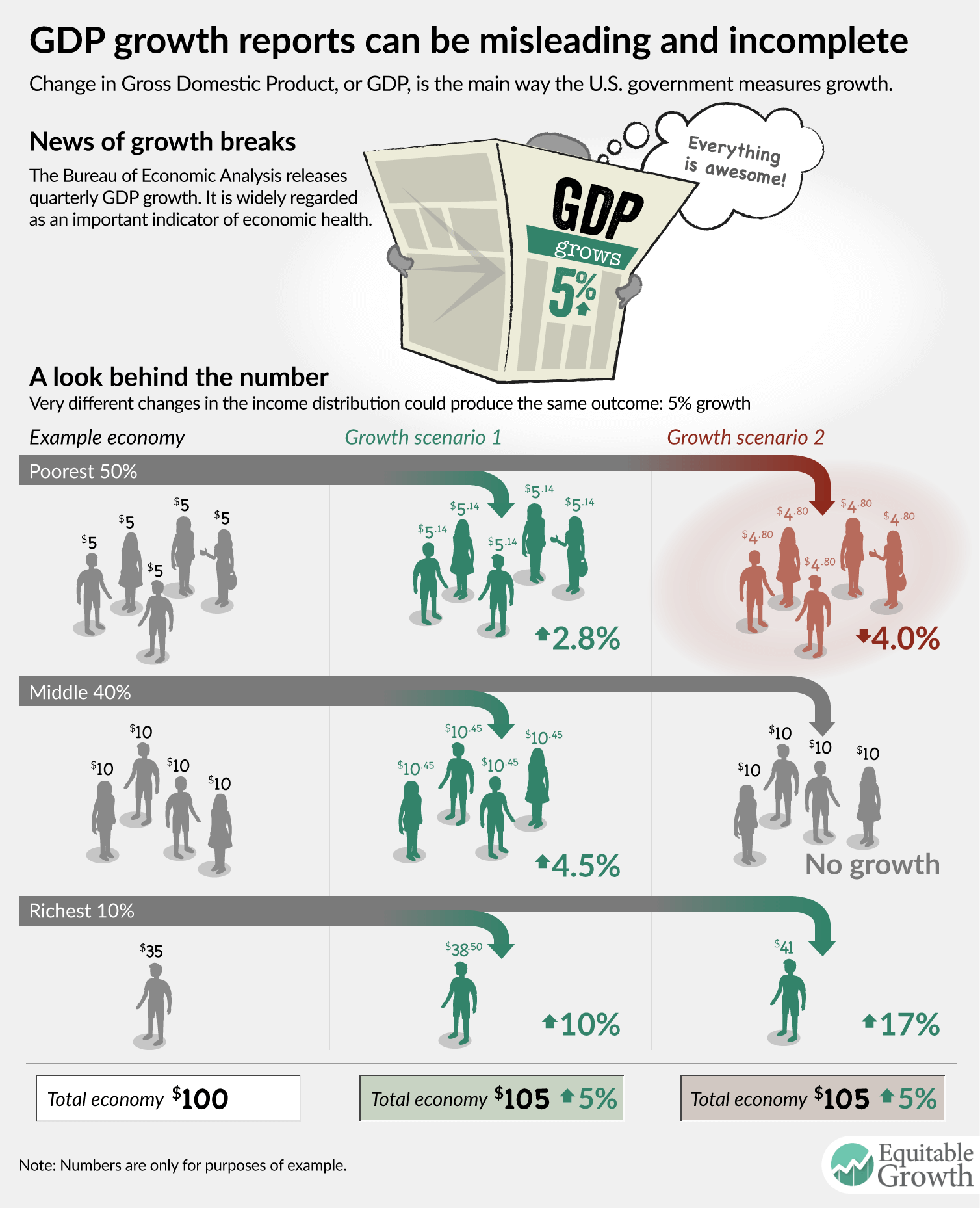 GDP 2.0 is a policy proposal by Equitable Growth that would extend existing GDP reports by adding a distributional component, so that policymakers and the American public alike know not just how much the economy grew overall but also how much incomes grew for those at the bottom, middle, and top of the income distribution. If realizing the promise of the American Dream is important, then adopting GDP 2.0 will align our economic policies with our values. (See Figure 3.)

What progress has been made to change how we measure economic growth?

Equitable Growth has been working for 5 years to change how the U.S. Department of Commerce’s Bureau of Economic Analysis reports economic growth. Thanks to this work, the dedication of BEA statisticians, and the many academics and advocates who have studied and critiqued the concept of growth over the years, real progress is being made to change how we think about economic progress. In March 2020, the agency released a prototype data series that shows how incomes have grown all along the income distribution. This prototype demonstrates that the economy treats people very differently at the bottom, middle, and top of the income distribution. These data should be released frequently, so every American can see not just how the economy is growing in aggregate, but also how it is growing for people like them.