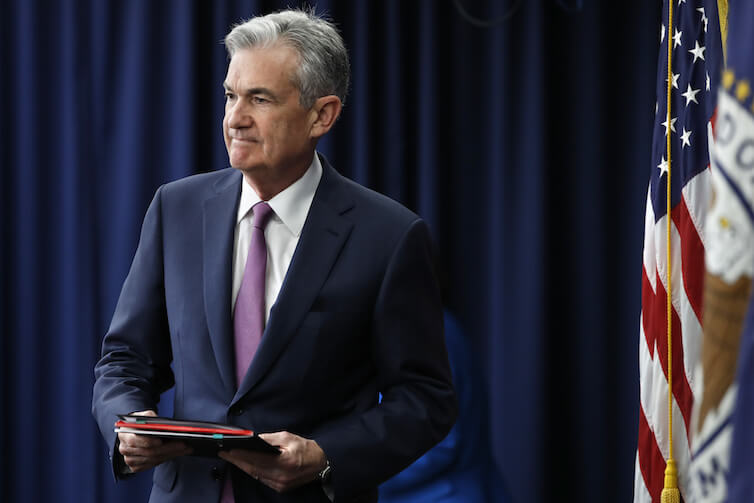 The meeting this week of the Federal Open Market Committee—the principal policymaking body of the U.S. Federal Reserve system—is overwhelmingly likely to raise the benchmark interest rate it controls, the Federal Funds rate. The rate, which governs short-term safe nominal bonds, is likely to go up by one-quarter of a percentage point, from the range of 1.75 percent to 2 percent per year to the range of 2 percent to 2.25 percent per year. That would make it a little more expensive to borrow and spend and a little more attractive to cut spending and save. Thus, there would be a little less spending in the economy, and so a few fewer jobs. Economic growth would be a little slower. The U.S. economy would be a little less resilient in the face of adverse shocks to resources or confidence that might generate a recession. These are all minuses—small minuses from a 25-basis-point increase in the Federal Funds rate, but minuses nonetheless.

Offsetting these minuses is supposed to be a plus: Raising the Federal Funds rate by 25 basis points is supposed to lessen the chances of a disruptive upward outbreak of inflation. But I really do not see this plus as valuable enough to offset even these small minuses.

This particular widely anticipated move, however, will not shake the economy in any way because it is already baked into the cake, in the sense that economic and financial decision-makers have already taken it into account and readjusted their portfolios and plans assuming it will come to pass. It is a continuation of the existing policy, another step on a well-marked path. The relevant question is: Is this the best policy path?

The Federal Reserve is on this policy path right now because the typical member of the Federal Open Market Committee believes that:

Of these six beliefs, the fourth is essentially a definition of what the “neutral” Federal Funds rate is, so the fifth and sixth beliefs then follow from the first three beliefs. That’s how the Federal Reserve arrived at the decision that its primary mission is to stabilize inflation at a low level and not to seek higher employment levels when doing so would conflict with that mission.

The problem—or, at least, the problem as I see it—is that the Fed’s first three beliefs are all extremely debatable, especially the belief that 2 percent per year is a proper inflation target, which is surely erroneous. I, at least, see it as surely erroneous because, as Jeffrey Frankel put it late last month: “In the past, the Fed has moderated recessions by cutting short-term interest rates by around 500 basis points. But, with those rates currently standing at only 2 percent, such a move is impossible.”

Thus, successful recession-fighting would turn on the competence, ability, and willingness of others to use the budget of the federal government to keep the economy on an even keel when the next recession comes. Yet there is unpleasant stabilization policy arithmetic that suggests a lack of ability by the federal government to do so and an even more unpleasant failure to learn the lessons of 2008–2018 that produced a lack of willingness to do so. The only feasible plan to repair the situation would be for the Federal Reserve to raise its inflation target from 2 percent per year to 4 percent per year—because the costs to the economy in the long run from returning to the inflation rates of the 1990s would be vastly less than the consequences of accepting the crippling of the ability to fight recessions.

But the Federal Reserve does not see it that way.

I, at least, see the notion that the unemployment rate at 3.9 percent is already so low that employers are having a hard time finding workers without offering wages that would accelerate inflation as not surely erroneous but probably wrong. I think this for two reasons. First, while the unemployment rate is especially low today, the share of working age adults ages 25 to 54 with jobs is not especially high. And as Adam Ozimek of Moody’s reiterated yet again earlier this month, the employment share of workers ages 25 to 54 and other wider measures of labor-market slack that see no high labor pressure in the economy right now have done a better job of capturing the reality of inflationary pressures over the past generation. Second, the higher wage growth that we would be seeing in a high labor-pressure economy is not there. Employers are not yet willing to offer workers wages higher than last year’s level plus inflation plus productivity growth. Wage pressure is still markedly weaker than it was at the last business cycle peak in 2007.

But the Federal Reserve does not see it that way.

And I, at least, see the belief that the current Federal Funds rate is a full 1 percentage point lower than “neutral” as debatable. I would just note, as current Federal Reserve Chair Jerome Powell does, that the Federal Open Market Committee has steadily lowered its estimate of the “neutral” rate by fully 1.5 percentage points over the past five years. And I would also note that history shows us that there is a lot of momentum in the trajectory of the Committee’s estimates of the structure of the economy: The way to bet is that a process of revision in one direction or the other will continue. It is a committee, after all.

I could well be wrong. But I think it is more likely than not that 10 years from today, those on the Committee will wish that they would have cut interest rates this week rather than raise them. 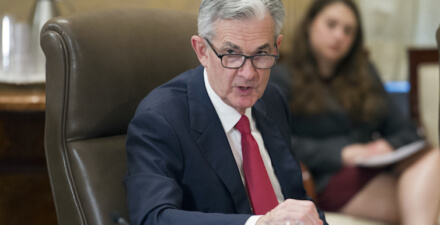