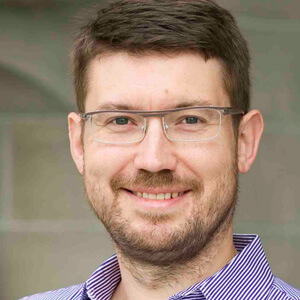 Andrei Levchenko is a professor of economics at the University of Michigan, a research associate at the National Bureau of Economic Research, a research fellow at the Center for Economic Policy Research, and a member of the editorial boards of Journal of International Economics, Journal of Comparative Economics, and IMF Economic Review. Previously, he was an economist at the International Monetary Fund, and has held visiting positions at the University of Chicago Booth School of Business and the University of Zurich. He received a Ph.D. in economics from the Massachusetts Institute of Technology in 2004 and a Bachelor of Arts degree in economics, mathematics, and Italian from Indiana University in 1999. Levchenko’s current research focuses on the propagation of macroeconomic shocks within and across borders. His research has been funded by the U.S. National Science Foundation and the U.K. Department for International Development, and has appeared in a variety of journals, including American Economic Review, Econometrica, Journal of Political Economy, Quarterly Journal of Economics, and Review of Economic Studies.