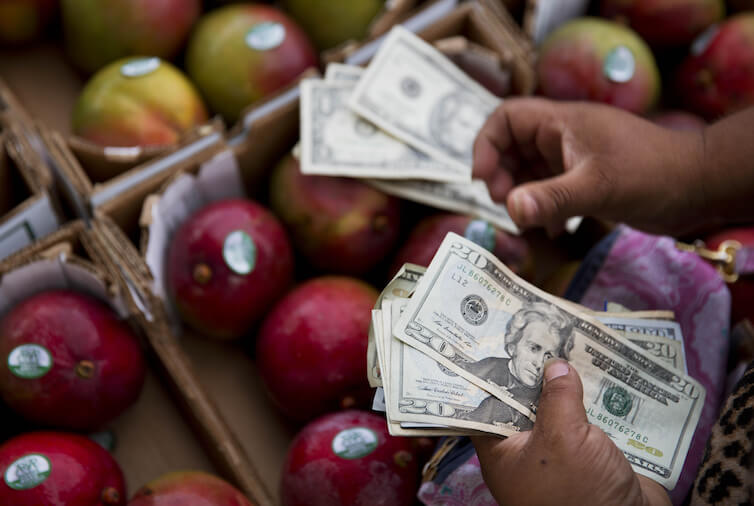 Headlines regarding the state of the U.S. economy often tout statistics that indicate robust economic expansion and a booming stock market. High Gross Domestic Product growth rates and low unemployment rates are important, but these single aggregate data points do not capture how economic growth is experienced by different people in very different ways. Similarly, a galloping stock market does not benefit all that many people because a majority of the population doesn’t own stocks.

Underscoring the importance of knowing who specifically benefits from a strong economy is a new survey by the Center for Financial Services Innovation, “U.S. Financial Health Pulse: 2018 Baseline Survey,” which takes aim at addressing this information deficit by disaggregating the data collected on U.S. households’ financial health and preparedness. The survey contains metrics that explain how the current economic expansion is being felt by various socioeconomic and demographic groups.

The Center, in collaboration with researchers at the University of Southern California’s Dornsife Center for Economic and Social Research, circulated the baseline survey to members of the university’s “Understanding America” study, which recruits participants using address-based sampling. Of the 6,161 panelists invited, 5,109 completed the survey, and 5,019 respondents were used to create the baseline survey sample. Questions asked revolved around the financial behavior of the respondents’ households, though the survey also collected the demographic data of individual respondents.

Their first survey, released last month, found that of the approximately 5,100 respondents, 55 percent are financially coping and 17 percent are financially vulnerable. Those in the “financially vulnerable” group are individuals “struggling with all, or nearly all, aspects of their financial lives,” while their counterparts in the “financially coping” category are those “struggling with some, but not necessarily all, aspects of their financial lives.” (See Figure 1, pulled from the report.) 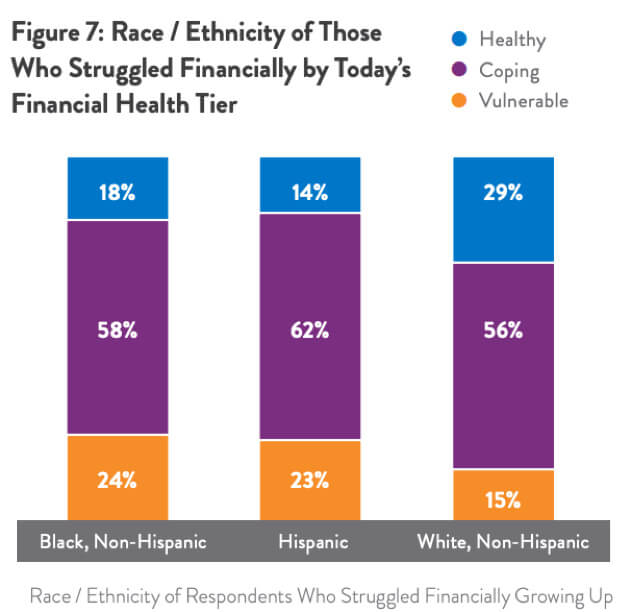 Poor financial health in a good economy can have effects on the ability of individuals to save in preparation for emergencies or negative income shocks. The survey suggests that many Americans are shockingly unprepared for emergencies. Approximately 45 percent of those who are financially vulnerable said that if they had to live off the savings they had readily available, without withdrawing from retirement accounts or taking out a loan, they would survive less than a week. This could be because only 2 percent of financially vulnerable respondents said they were actively saving in a checking account, and only 6 percent were actively saving in a savings account. There is a $3,200 difference in the total median value of liquid savings accounts between financially coping and financially vulnerable respondents.

These savings and retirements findings underscore that we should approach the glut of good news about the aggregate growth of the U.S. economy cautiously. Even amid a strong economy, when savings are poor, small downturns in the labor market can lead to crisis for many households and can result in widespread economic problems.