McDonald’s Corp. is involved in a case with the National Labor Relations Board regarding the company’s responsibility under the so-called joint employer standard for the firing of workers at their franchises for labor organizing under the “Fight for Fifteen” campaign to raise the minimum wage. The corporation reached a resolution with the NLRB, and there will be a settlement hearing on April 5. The settlement, however, is a result of the Trump administration’s vacating Obama administration standards for joint employment—standards that held a corporation responsible for the labor decisions and outcomes at its agency franchises. How the resolution is worded when it’s unveiled tomorrow may well determine whether rising income inequality in the United States can be addressed through collective bargaining in one of the most important industries for low-wage workers.

The joint employer standard is significant for labor organizing because it is easier to unionize across establishments within the same company than at individual establishments one by one. More specifically, recognizing this standard could help address wage stagnation resulting from the dual effects of increasing market concentration and so-called job search frictions in the fast-food industry, which can lead to depressed wages across the industry alongside the fissuring of the workplace—similar to the franchising model that divides workers within a single corporate business model. These twin forces contribute to stagnating wages, including a federal minimum wage that has not kept up with inflation, and decreasing worker power.

Economists have a term for this kind of situation in the marketplace and in the labor market. It’s called monopsony—originally conceptualized by Joan Robinson in The Economics of Imperfect Competition in 1933 as a labor market with only one employer who holds complete sway over the wages it offers to its workers rather than the competitive market determining the going wage rate. More recently, job search theory demonstrates that search frictions result in monopsonistic conditions, where a small group of employers exert wage-setting power in an uncompetitive labor market. Recent research supports the idea that low-wage labor markets show signs of lack of competition, resulting in persistent low pay, which in turn indicates that the U.S. labor market can bear an increase in the federal minimum wage and also more clout for workers to collectively bargain for their wages.

Monopsony theory predicts the situation facing workers at McDonald’s franchises today. But to understand more fully why joint employer standards are important for industries such as fast food, we need to understand the most recent data-driven evidence of monopsony and what the theory of monopsony tells us about collective bargaining. Let’s turn first to a recent working paper by economists Arin Dube at the University of Massachusetts, Amherst, Alan Manning at the London School of Economics, and Suresh Naidu at Columbia University. They find that the lack of competition in labor markets help explain why wages are often “bunched” around round numbers similar to how they are today around the current minimum wage in the fast-food restaurant industry. Prior research by Dube, along with his colleague Doruk Cengiz at the University of Massachusetts, Atilla Lindner at the Institute of Labor Economics, and Ben Zipperer (now at the Economic Policy Institute) also found that this kind of bunching around the minimum wage, common in the fast-food industry, was prevalent.

Dube, Manning, and Naidu in their recent paper provide evidence that many markets have a combination of imperfect competition, as in monopsony, and imperfect firm optimization, which is when firms aren’t earning the maximum possible profits. Competitive markets economic theory explains bunching as “left-digit bias,” where workers (or consumers) believe a wage (or a consumer good price) of $10 is much higher than a wage (price) of $9.90. Dube, Manning, and Naidu use administrative unemployment insurance data from Washington and Minnesota, two states that collect detailed hourly information in their payroll taxes, to estimate the extent to which bunching is explained by this left-digit bias. They also examine labor market competition—measured by labor supply elasticity, which estimates the degree of monopsony—and employer mis-optimization, which is how much profit employers are willing to give up in order to pay their employees a round number. Their study explicitly examines wage bunching at $10, which is within the universe of pay among restaurant workers.

With limited evidence of worker left-digit bias, the three economists find a trade-off between employer market power and optimization frictions—when employers exert market power and thus are able to maintain subcompetitive wages at a “bunched” level. When there are optimization frictions, firms give up profits in order to maintain wages at a bunched level. This kind of monopsony in low-wage work is further supported by a 2010 study by Dube, T. William Lester at the University of North Carolina at Chapel Hill and Michael Reich at the University of California, Berkeley. They found that minimum-wage increases did not decrease employment levels in restaurant employment, as would be predicted under the assumption of competitive markets. That 2010 study estimated the effect of an increase in the minimum wage across contiguous counties using the Quarterly Census of Employment and Wages. The three researchers found that restaurant workers in those counties that had a minimum-wage increase experienced increases in their incomes with no discernible disemployment effects.

Further work by Dube, Lester, and Reich from a 2014 study using Quarterly Workforce Indicators examined the underlying dynamics behind this earlier finding. That study noted that if there were search frictions in a labor market, as described by Alan Manning, then increases in the minimum wage would reduce job-to-job transitions. Using information on the duration of nonemployment in the industry for restaurant workers and teen workers—two common minimum wage groups—they find this to be the case. The authors note these findings are “rough,” but they are able to roughly estimate that job-to-job transitions account for more than half of separations (economics-speak for leaving a job) for restaurant workers. The authors find that an increase in the minimum wage of 10 percent reduces the turnover of restaurant workers by 2.1 percent, which means workers’ tenure increased, and did not result in less employment.

Indeed, one of the important implications of these findings as they relate to the theory of monopsony is that employers can bear higher wages such as those induced by government increases in the minimum wage. The same monopsonistic findings hold for collective bargaining, too. When individual employers face an upward sloping supply-of-labor curve that falls below their marginal-cost curve, they pay less and employ fewer workers than would be predicted by a competitive model. If wages were collectively bargained to go higher along the labor supply curve, then employers could bear wage increases up to the point where supply and demand meet. Unionization, then, among fast-food workers can lead to the wage and employment levels that would be predicted by such a supply-demand equilibrium in a competitive model.

Because of the structure of fast-food employment generally, and the business model of McDonald’s in particular, workers may face low wages due to monopsonistic forces, yet they are constrained in their ability to bargain collectively for wages that would correspond to their productivity. Joint employer responsibility is a key tool for workers to organize across establishments so they can garner the power through collective action needed to balance the wage-setting power at individual establishments, both corporate-owned and franchised. 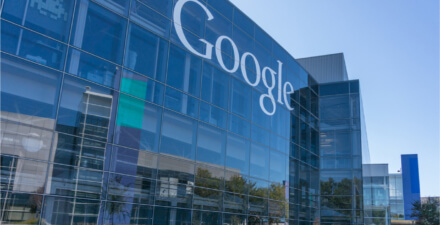