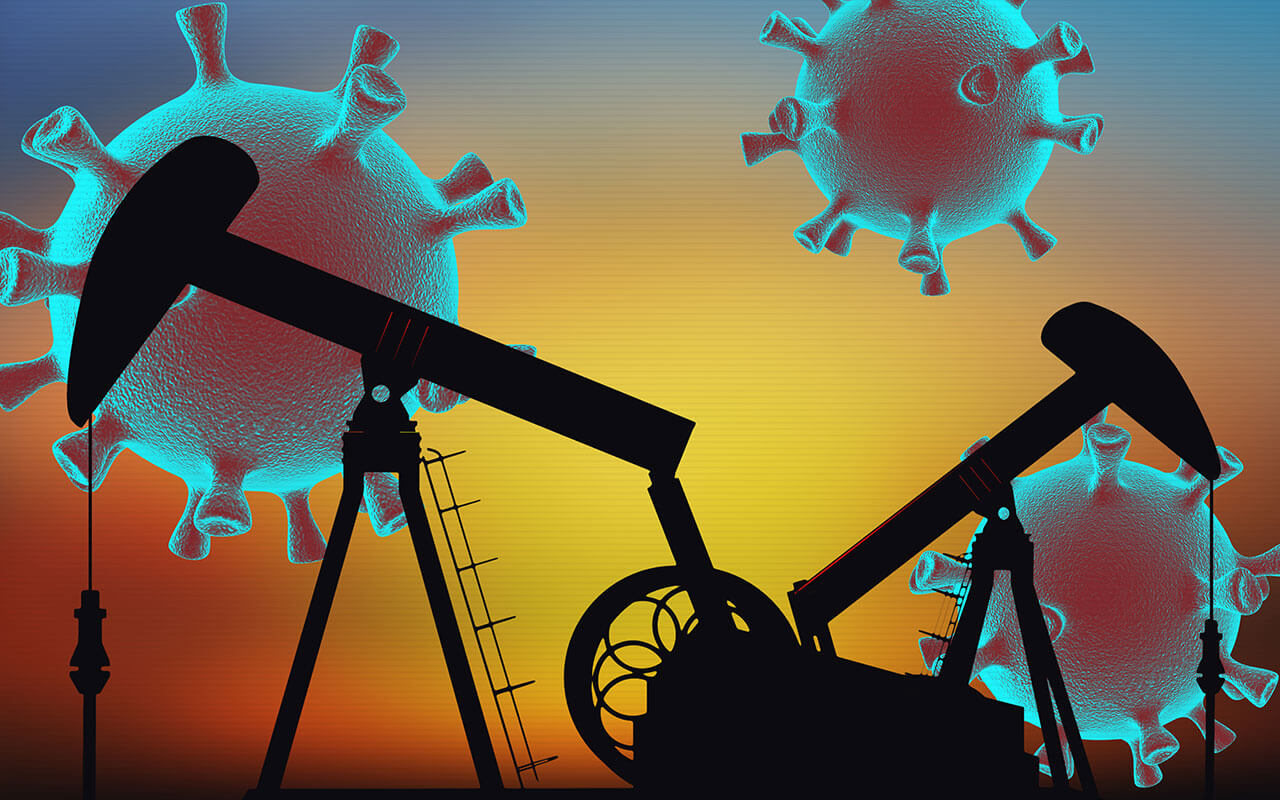 In March, the federal government passed the Coronavirus Aid, Relief, and Economic Security bill, more commonly known as the CARES Act. The law aims to provide relief for businesses and Americans struggling due to the coronavirus pandemic and the resulting economic recession. It also had the potential to accelerate the fight against another crisis—climate change—by funding a green stimulus to accelerate the clean energy transition.

Download File
Green stimulus, not dirty bailouts, is the smart investment strategy during the coronavirus recession

The coronavirus and climate change are, unfortunately, linked. Air pollution from dirty energy infrastructure makes people much more likely to die from COVID-19, the disease caused by the coronavirus. And those dying in the United States are more likely to be people of color, perhaps in part because of environmental injustices that expose communities of color to much higher pollution levels.

We do not have to use dirty energy that damages peoples’ lungs to power our societies. The CARES Act could have helped protect Americans’ health during this pandemic by moving us away from polluting fossil fuels. Yet rather than supporting clean energy, the law is being used to bail out the dirty fossil fuel sector.

If we continue along this terrible path, the accelerating climate crisis will disrupt employment, cause property damage, and destabilize the financial system. Why use the rescue programs from the current crisis to subsidize the industry most likely to cause the next one?

This issue brief examines how the CARES Act was deliberately misapplied to the fossil fuel industry, which was already on the ropes before the coronavirus recession. We also examine how future stimulus funds could be targeted toward clean energy, which would create more and better-paying jobs to power our economic recovery. This approach would not just help us tackle the coronavirus recession, but the climate crisis as well.

The fossil fuel industry was in crisis before the coronavirus hit

Many fossil fuel companies were already struggling before this economic crisis. Since President Donald Trump entered the White House, 11 coal companies have declared bankruptcy. To try to buck this trend, the Trump administration has found creative new ways to distort power markets to advantage coal.

Similarly, shale gas and oil companies have been struggling under high debt levels and underperforming investments. The massive global petroleum glut has only added to their woes. These hard times led carbon-intensive companies to seek refuge in bailouts when the coronavirus recession hit.

Unfortunately, the CARES Act is funding corporate welfare for polluters. The law allows the Federal Reserve to lend money to companies. In theory, these companies should be doing well enough that they are able to pay the government back. But for oil and gas companies, this may not be the case. Given very low oil prices, these companies do not have a clear pathway toward profit. Many are highly leveraged and were already struggling with credit-rating downgrades by the end of 2019. This debt burden would have initially made many oil and gas companies ineligible to receive Federal Reserve loans.

Yet after taking comments, including from the fossil fuel industry, the Federal Reserve watered down their requirements for lending. Oil and gas companies, even with their pre-existing debt, have become newly eligible. In addition, the maximum lending amount was raised from $150 million to $200 million.

Notably, U.S. Secretary of Energy Dan Brouillette said in mid-April that lending would need to be “closer to $200 or $250” million to help the fossil fuel sector, after he met with representatives from the industry. While the Trump administration has been meeting regularly with fossil fuel groups, it has not done the same for the renewable energy industry.

Some commentators have called for federal government ownership or equity stakes to be a conditional requirement for lending to the oil and gas industry, even though the CARES Act prohibits the federal government from exercising any voting power if a government financial investment takes the form of an equity stake. This clause needs to be amended to enable the federal government to influence these corporations, ideally helping to put them on a path toward reducing their fossil fuel extraction and carbon emissions. The Trump administration, however, has clarified that it has no intention of taking ownership stakes in fossil fuel companies.

Instead, fossil fuel companies have been using the coronavirus recession to try to secure immunity against lawsuits for their decades promoting climate denial. In response, 60 members of the U.S. House of Representatives recently wrote a letter opposing liability relief. These disturbing developments are not just happening federally. Across the country, fossil fuel companies and state and local governments are using this crisis as an opportunity to weaken environmental regulations.

What’s more, publicly traded coal companies have received more than $31 million as part of the law’s Paycheck Protection Program, which is designed to go to small businesses, not publicly traded companies capable of other ways of raising cash. The coal industry was initially left out of the package but successfully persuaded the Trump administration to list it as essential. Similarly, Marathon Petroleum Corporation has received more than $400 million from the CARES Act.

Environmentalists have criticized these loans as throwing good money after bad because the coal industry was already struggling financially in recent years. They’re right. These are bad economic investments. Bailing out fossil fuel industries will not yield as many jobs as investing in clean energy would.

A green stimulus can lead an economic recovery

Every dollar spent propping up a dying industry is a dollar that can’t be invested into new careers, training, opportunity, and equitable growth in the clean energy sector. Increasingly, even banks recognize this, as more and more are pulling out of fossil fuel investments that are yielding poor returns.

According to recent research from Heidi Garrett-Peltier, an assistant professor at the University of Massachusetts Amherst, for every $1 million invested in renewable energy or energy efficiency, almost three times as many jobs are created than if the same money were invested in fossil fuels. Investing more money in the fossil fuel industry will not address high and growing unemployment rates. Indeed, the Federal Reserve is not even requiring companies to keep workers as a condition for getting loans.

The seeds of an even more pernicious argument are already sprouting. Some conservative members of Congress are raising concerns about rising federal debt levels and threatening to stop further spending on relief amid the still-deepening recession. This would be the worst of both worlds. With $1.8 trillion in direct spending, the CARES Act is larger than Vice President Joe Biden’s 10-year climate plan. Clearly, the United States is able to spend more money addressing climate change if we treat it as the crisis it is.

We need green stimulus investments because it’s a smart way to spend money. Investments in the clean economy will provide significant returns. As Nobel prize-winning economist Joseph Stiglitz argues, alongside other colleagues, renewable energy and energy efficiency investments typically have high multipliers, delivering even greater returns over time. They also create more jobs, including ones that can’t be taken offshore, such as those in home energy retrofits.

At the end of 2019, Congress had an opportunity to put extensions for basic supports of the green energy sector into place, among them the Investment Tax Credit and the Production Tax Credit, in the year-end budget bill. But Congress decided against it. Congress then could have put these extensions in the CARES Act, but both President Trump and Senate Majority Leader Mitch McConnell (R-KY) opposed it.

This lack of support immediately before and during the coronavirus recession leaves the the renewable energy sector struggling. This quarter, for example, residential solar installations are likely to fall by half. In March alone, the clean energy industry lost more than 100,000 jobs. In wind energy alone, $43 billion in investments are at risk. Despite the terrible state the industry finds itself in, Congress is doing very little to support clean energy jobs.

Despite a complete economic shutdown, global carbon pollution has only declined 5.5 percent so far this year. It may fall as much as 8 percent by year end, marking the largest annual decline on record. But to limit global warming to 1.5 °C (2.7°F), emissions must fall by that amount every year for the next decade. This will not happen without concerted government policy.

Instead, U.S. policymakers could power an economic rebound and prepare to meaningfully address climate change by investing stimulus funds in the renewable energy sector. If the Great Recession of 2007–2009 is any indication, temporary emissions reductions from economic contractions quickly reverse themselves. We should learn a lesson from the previous recession and the current one—ignoring a crisis does not make it go away, be it the coronavirus pandemic or the growing climate threat. 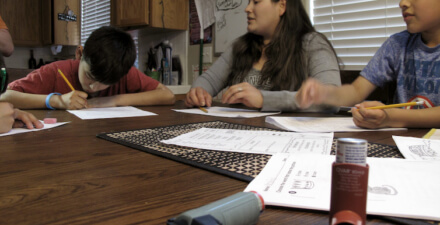 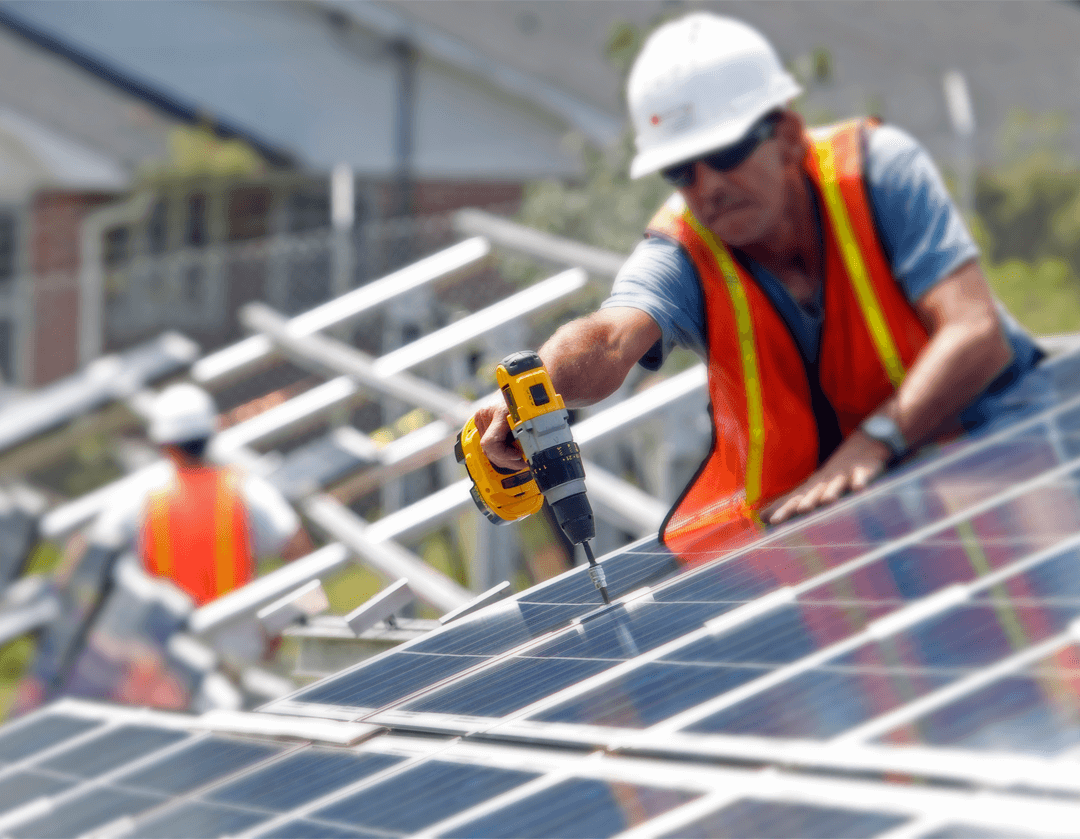