Equitable Growth is committed to building a community of scholars working to understand whether and how inequality affects broadly shared growth and stability. To that end, we have created the monthly series, “Expert Focus.” This series highlights scholars in the Equitable Growth network and beyond who are at the frontier of social science research. We encourage you to learn more about both the researchers featured below and our broader network of experts.

The social sciences are not immune to the ongoing and long overdue reckoning with racial injustice in the United States. In this installment of Expert Focus, we focus on scholars who have been pioneers in their conceptual and empirical approaches to understanding the role of race, ethnicity, and gender in the U.S. economy, and how community and inequality intersect. Their respective work to center racial equity and community more consciously in research and policy analysis helps spur interdisciplinary dialogue on the historic and persistent role structural racism plays in driving wealth and income inequality in the United States.

University of Texas at Austin

Daina Ramey Berry is the Oliver H. Radkey Regents professor of history at the University of Texas at Austin and the incoming chair of the department. Berry’s research focuses on the history of gender and slavery in the United States and Black women’s history. She contributed a key chapter on the role of the slave trade and slave labor in capital and wealth accumulation in the pre-Civil War era in After Piketty: The Agenda for Economics and Inequality, an interdisciplinary commentary on economic debates spurred by Thomas Piketty’s Capitalism in the 21st Century. Her most recent publication, A Black Women’s History of the United States, co-authored with Kali Nicole Gross, is an empowering testament to Black women’s ability to build communities while oppressed and Black women’s continued resistance to systemic racism and sexism. Watch Berry discuss her research on enslaved people at a virtual Economics for Inclusive Property event last month.

Jasmine Hill is a Ph.D. candidate in sociology at Stanford University and a Washington Center for Equitable Growth grantee. She is a self-described “mixed-methods researcher, educator, and scholar-activist” focused on improving the economic conditions of people of color in the United States. Her current work aims to shed light on mechanisms creating and prohibiting social mobility, particularly for low-income communities of color. Hill is co-editor of Inequality in the 21st Century with Equitable Growth grantee David Grusky. Additionally, she regularly designs and evaluates diversity and inclusion initiatives for organizations and corporations to help foster equity and equality in workplace communities.

Marlene Kim is a professor of economics at the University of Massachusetts Boston and specializes in race, gender, and class discrimination, especially their intersection, in employment. She is the editor of Race and Economic Opportunity in the Twenty-First Century, a book that explores the economic and social environments that shape economic outcomes and help explain the persistence of racial disparities. She was the first recipient of the Rhonda Williams Prize for her work on race and gender discrimination. Kim currently serves on the Editorial Boards of Feminist Economics, The Review of Radical Political Economy, and Panoeconomics. Her research challenges the invisibility of Asian Americans in discussions of race in the United States, focuses on the compounded burden of discrimination faced by women of color, and looks at disparities between different racial and ethnic communities.

Manuel Pastor is a distinguished professor of sociology and American studies and ethnicity at the University of Southern California, and a member of the Washington Center for Equitable Growth’s Research Advisory Board. His research focuses on the economic, environmental, and social conditions facing low-income urban communities, and the social movements seeking to change those realities. His book, Equity, Growth, and Community: What the Nation Can Learn from America’s Metro Areas, argues that inequality stunts economic growth and suggests that bringing together equity and growth requires concerted local action. And his book, State of Resistance: What California’s Dizzying Descent and Remarkable Resurgence Mean for America’s Future, explores the role of social movement organizing in terms of shifting the political calculus to move toward racial and economic justice. He is director of the Equity Research Institute at USC, which recently collaborated with PolicyLink to release the National Equity Atlas, a first-of-its-kind data and policy tool containing data on demographic change, racial and economic inclusion, and the potential economic gains from racial equity for the largest 100 cities, largest 150 regions, all 50 states, and aggregate data for the United States as a whole (excluding territories). Additionally, his developing work on solidarity economics argues that caring for others leads to better outcomes.

Patrick Sharkey is a professor of sociology and public affairs at Princeton University. His work focuses on the connection between criminal justice, economic mobility, and inequality. His most recent book, Uneasy Peace: The Great Crime Decline, the Renewal of City Life, and the Next War on Violence, was published in 2018 after the emergence of the Black Lives Matter movement. He recently authored an op-ed calling for long-term investments in community-based public safety institutions and alternatives to law enforcement, and he testified before the Joint Economic Committee in 2019 on how to build stronger communities and spoke on the intersection of community and inequality. Additionally, his current work with Crime Lab New York looks at how the decline of violent crime affects urban inequality.

Equitable Growth is building a network of experts across disciplines and at various stages in their careers who can exchange ideas and ensure that research on inequality and broadly shared growth is relevant, accessible, and informative to both the policymaking process and future research agendas. Explore the ways you can connect with our network or take advantage of the support we offer here. 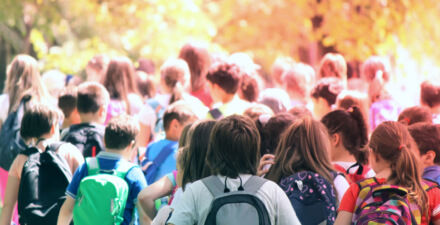 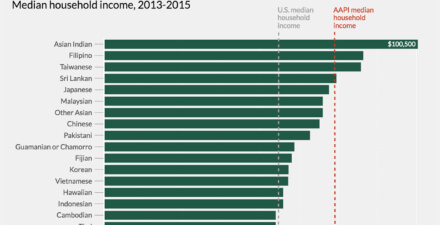