Webinar: Fighting the coronavirus recession and the path forward 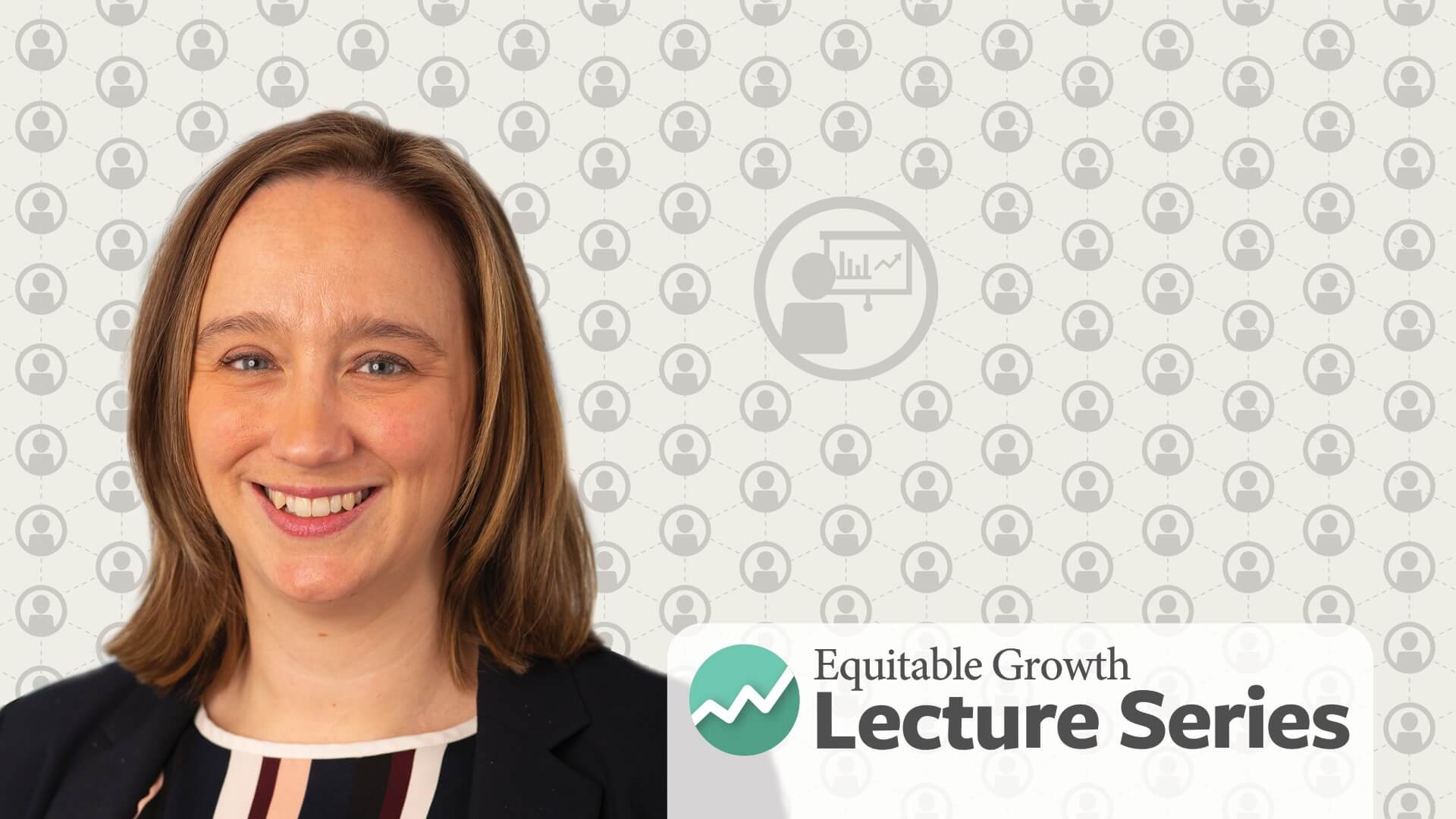 The Washington Center for Equitable Growth hosted a virtual lecture on Wednesday, May 13 led by Claudia Sahm, director of macroeconomic policy at Equitable Growth, who discussed promising research ideas that support a robust response to fight the coronavirus recession, as well as longer-term efforts to ensure a more resilient U.S. economy in the years to come. Sahm built upon evidence in Recession Ready, with a focus on policies that stabilize the economy through supporting families, small businesses, and communities. Her presentation was followed by a conversation with Heather Boushey, president & CEO of Equitable Growth, on various themes, including the role of fiscal and monetary policy to protect workers and their families, as well as the importance of diversity, equity, and inclusion within the field of macroeconomics.

Click here to see the slides from Claudia Sahm’s lecture.

This event was part of a new series that seeks a deeper understanding of cutting-edge research and analysis on economic inequality and growth. Our lectures will bring together leading scholars to explore how new research is shifting important conversations in academia and economic policy.

Heather Boushey is the president & CEO and co-founder of the Washington Center for Equitable Growth, which was launched in 2013. She is one of the nation’s most influential voices on economic policy and a leading economist who focuses on the intersection between economic inequality, growth, and public policy. Her latest book, Unbound: How Economic Inequality Constricts Our Economy and What We Can Do About It (Harvard University Press), which was called “outstanding” and “piercing” by reviewers, was on the Financial Times list of best economics books of 2019. She is also the author of Finding Time: The Economics of Work-Life Conflict and co-edited a volume of 22 essays about how to integrate inequality into economic thinking, titled After Piketty: The Agenda for Economics and Inequality. The New York Times has called Boushey one of the “most vibrant voices in the field,” and Politico twice named her one of the top 50 “thinkers, doers and visionaries transforming American politics.” Boushey writes regularly for popular media, including The New York Times, The Atlantic, and Democracy, and she makes frequent television appearances on Bloomberg, MSNBC, CNBC, and PBS. She previously served as chief economist for Secretary of State Hillary Clinton’s 2016 presidential transition team and as an economist for the Center for American Progress, the Joint Economic Committee of the U.S. Congress, the Center for Economic and Policy Research, and the Economic Policy Institute. She sits on the board of the Opportunity Institute and is an associate editor of Feminist Economics and a senior fellow at the Schwartz Center for Economic and Policy Analysis at the New School for Social Research.

Claudia Sahm is the director of macroeconomic policy at the Washington Center for Equitable Growth. She has policy and research expertise on consumer spending, fiscal stimulus, and the financial well-being of households. She is the author of the “Sahm Rule,” a reliable early signal of recessions that she developed as a way to automatically trigger stimulus payments to individuals in a recession. Previously, Sahm was a section chief in the Division of Consumer and Community Affairs at the Federal Reserve Board, where she oversaw the Survey of Household Economics and Decisionmaking. Before that, she worked for 10 years in the Division of Research and Statistics on the staff’s macroeconomic forecast. She was a senior economist at the Council of Economic Advisers in 2015–2016. Sahm holds a Ph.D. in economics from the University of Michigan (2007) and a B.A. in economics, political science, and German from Denison University (1998).