1. The general flow of news and misinformation in today’s media gives people who are not following closely a very false impression. It greatly understates how far we still are away from full employment. There remain considerable supply constraints on people’s willingness and ability to work—fear of catching Covid-19 and then giving it to immunocompromised and elderly relatives and friends, plus the logistical difficulties that stubbornly remain large, due to the inability to get all of the pieces of the family weekly schedule together, and due to failures of supply chain management in the U.S. economy as a whole. As these supply constraints are relaxed in the future, there will then need to be the demand to pull people back into work, and into the best attainable work for themselves and the economy and to reach full employment. Read Kathryn Zickuhr and Carmen Sanchez Cumming, “Equitable Growth’s Jobs Day Graphs: October 2021 Report Edition,” in which they write: “Total nonfarm employment rose by 531,000 in October, and the prime-age employment rate for prime-age workers rose to 78.3 percent. … The unemployment rate declined to 4.6 percent in October … [but] higher for Black workers (7.9 percent) and Latinx workers (5.9 percent). … Unemployment rates are markedly higher for workers with lower levels of education, at 7.4 percent for those with less than a high school degree and 5.4 percent for high school graduates. … Public-sector employment fell in October and remains significantly below pre-crisis levels, while private sector employment continued to see more rapid gains. … The proportion of unemployed U.S. workers facing long-term unemployment … remains elevated, as 45.0 percent of unemployed workers have now been out of work for more than 15 weeks.”

2. Reproductive autonomy—the ability to effectively engage in family planning—has always been key to what opportunities women have had and what freedom to live their lives as they choose women have been able to grasp. Abortion rights have been a very powerful part of enabling women’s opportunities in America over the past two generations. They now appear to be under considerable threat in Texas, Louisiana, and elsewhere. Read Kate Bahn and Maryam Janani-Flores, “Economic security and opportunity for women under threat after U.S. Supreme Court takes anti-abortion stance in Texas,” in which they write: “Nearly 1 in 4 women in the United States… will have an abortion by the age of 45, and nearly 1 in 20 women will have an unintended pregnancy…. Research by economists and other social scientists repeatedly demonstrates how this link between bodily autonomy and a person’s ability to decide when, how, and under what circumstances to plan for a family is critical to economic security and stability…. The early broad-based dissemination of the birth control pill and on restrictions for abortion services, including gestational limits and targeted restrictions of abortion providers, or TRAP laws, finds that autonomy over family planning choices is directly linked to a woman’s job opportunities and financial security.”

1. The U.S. workforce and job system has so much month-to-month churn, and the value of the local information present in a business’s knowledge of the quirks of an employee and an employee’s knowledge of the quirks of a business and a boss is so large, that I have never, ever understood why the U.S. private sector has not done a better job of maintaining employer-employee ties across all the accidents and disruptions of life that lead people to need to step away from the job for a week, a month, or a season. Requiring medical and caregiving leave be offered, and making it paid leave, would jumpstart a more general shift to preserve much of this valuable information—information now lost when employee-employer ties are completely severed—across time. Read Julia M. Goodman and Daniel Schneider, “The association of paid medical and caregiving leave with the economic security and wellbeing of service sector workers,” in which they write: “Our objective was to determine whether paid leave was associated with improved economic security and wellbeing for workers. … Data collected in 2020 by the Shift Project from 11,689 hourly service-sector workers …[showed that] twenty percent of workers needed medical or caregiving leave in the reference period. Workers who took paid leave reported significantly less difficulty making ends meet, less hunger and utility payment hardship, and better sleep quality than those who had similar serious health or caregiving needs but did not take paid leave. Access to paid leave enables frontline workers to take needed leave from work while maintaining their financial security and wellbeing.”

2. Tax policy at the U.S. Department of the Treasury rightly focuses on exactly how much money the Build Back Better legislation can raise for the federal government by simply collecting taxes that are already owed but have not been collected due to the understanding of the IRS in the past. Read Lily Batchelder, “Preliminary Estimates Show Build Back Better Legislation Will Reduce Deficits,” in which she writes: ‘The Build Back Better Act invests meaningfully in American families and workers, while laying the foundation for meeting imperative climate goals. … The legislation would, as the President proposed, generate more than $2 trillion in savings. These savings come from ensuring large multinational corporations and wealthy Americans pay their fair share and reducing the cost of prescription drugs. These provisions will not raise taxes on any taxpayer making less than $400,000. … At the crux of reforms to the tax code is a historic overhaul of the international tax regime, whose global adoption has been successfully negotiated with 136 countries representing nearly 95 percent of the world’s economy. As a result of these changes, the ability of large corporations to shift profits abroad will be substantially limited, and the race to the bottom in corporate taxation will no longer be a driving force weakening capital taxation. … The largest pay-for in the bill is not a tax increase at all. By collecting taxes that are already owed—and disproportionately unpaid by the highest-earners—the Build Back Better Act will generate at least $400 billion in additional revenue. Over the last decade, an under-resourced IRS has been unable to appropriately focus attention on top earners who are most responsible for the tax gap. … These are historic policy achievements in and of themselves—and they also pay for transformational investments that will improve the lives of American workers, our children, and the generations that will follow.”

3. Here is another very good study strongly suggesting that current news-flow fears of a return to 1970s-style inflation vastly overstate the true risks here. Read Davide Brignone, Alistair Dieppe, and Martino Ricci, “Quantifying risks of persistently higher US inflation,” in which they write: “Using the ECB-Global model, this column estimates the impact on inflation of the fiscal stimulus to be limited. Three scenarios … a steeper Phillips curve, stronger fiscal multipliers, and rising inflation expectations … suggest that the impact on inflation from these sources of risk is likely to be moderate, unless all of the risks materialize simultaneously, and the Fed does not depart from the assumed monetary policy path.” 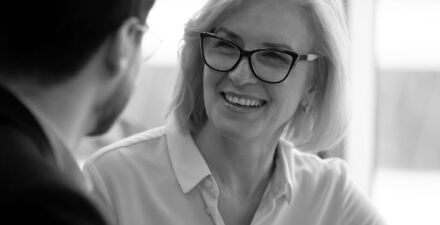 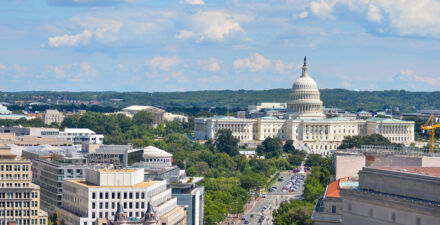