1. This is truly excellent. Brand new from Daniel Reck, Max Risch, & Gabriel Zucman, “Tax evasion at the top of the U.S. income distribution & how to fight it,” in which they write: “How much taxes do high-income Americans evade? And what kinds of evasion tactics do they use? … In collaboration with researchers at the U.S. Internal Revenue Service, we show that American taxpayers with incomes in the top 1 percent are much more sophisticated than the other 99 percent at tax evasion. As a result, conventional estimates significantly underestimate the income and taxes evaded by the rich. Our findings point to several key steps that policymakers could take to combat widespread tax evasion by the very top income earners in the United States. First and foremost is the need for greater fiscal support for the IRS. Second, the IRS and Congress can target the ways in which the rich hide their incomes and obscure their actual tax obligations via so-called pass-through businesses and hidden offshore accounts.”

2. How should U.S. economic policy be shaped over the next 4 to 8 years for equitable growth and inclusive prosperity? The Washington Center for Equitable Growth is re-launching our research happy-hour conversations. I always found this to be an extremely excellent series. And it looks like the relaunch will be definitely up to par. Here are the details: “Research on Tap: Investing in an Equitable Future: April 6, 2021, 3:00 – 4:30 p.m. EDT: Join the Washington Center for Equitable Growth and the Groundwork Collaborative for the relaunch of our popular event series Research on Tap, a space for drinks, dialogue, and debate. In this installment, we’ll discuss the role of increasing investments and revenues to address the underlying structural inequalities laid bare by the coronavirus recession and advance a sustained economic recovery that puts the United States on a path to strong, stable, and broadly shared growth … Featuring a fireside Firechat with Cecilia E. Rouse.”

3. Read this press release, “Equitable Growth Responds to Passage of American Rescue Plan,” which reads in part; “Biden yesterday signed the American Rescue Plan, which provides $1.9 trillion in critical public health investments to fight COVID–19, support struggling families, and grant aid to states, localities, tribes, and territories. The Washington Center for Equitable Growth commends Congress and the president for passing a federal rescue package that meets the scale of the problem and for taking steps to put our nation on a path to recovery that is strong, stable, and broadly shared. In particular, the plan provides a third round of critical relief checks in response to the coronavirus recession and extends enhanced Unemployment Insurance, ensuring workers who have lost their jobs or had their hours cut will continue receiving the supplemental $300 per week through September 6. Research supported by Equitable Growth shows that robust UI benefits and direct stimulus, scaled to meet economic needs, can help mitigate hardship for individuals and families while also boosting the wider economy, preventing a more severe downturn. Also notable is the law’s commitment to invest so that our nation emerges from the coronavirus recession stronger, more resilient, and more equitable. Key investments include: Nearly $100 billion to combat the public health crisis … $350 billion in funding for state and local governments … More than $100 billion to expand and improve the Child Tax Credit and Earned Income Tax Credit … $130 billion to help schools reopen safely and $45 billion for child care relief … $12 billion for nutritional assistance … But while the investments made in the American Rescue Plan are at an appropriate scale given current conditions, a growing body of research highlights the ongoing structural reforms that are necessary to address the underlying racial, climate, and economic crises laid all the more bare by the coronavirus pandemic.”

1. The useful part of macroeconomic theory have always been very, very small. The fact that we now recognize that is progress, of a sort. Read Noah Smith, “The Return of the Macro Wars,” in which he writes: “Everyone quietly stopped believing in the usefulness of academic macro theory. Macro profs are still out there doing their jobs … With folks like Emi Nakamura, Jon Steinsson, Yuriy Gorodnichenko, and Ivan Werning on the job, the field of macro theory is chock full of top talent … But … macro theory is just really, really hard …. The financial crisis and the Great Recession really exposed the fact that macro theory wasn’t ready for prime time. When I gave a talk at the bank of England in 2013, the central bankers there lamented how little usable insight and advice their complex academia-derived models had offered in a crunch … Macro theory is going to remain confined to the ivory tower for a while. In the meantime … heuristics, rules of thumb, and simple calculations … are the order of the day.”

2. No, the United States is not yet close to exceeding its debt capacity. And refusing to run up the national debt to finance the war against global warming carries with it much, much greater risks than does doing so. Read Peter Orszag, “Joe Biden’s climate bill deserves bold fiscal support,” in which he writes: ‘Finally, and perhaps most crucially, the nature of the underlying risks is fundamentally different … Government policy alone is clearly insufficient to bend down the carbon emissions curve. Innovation and changes in business and private activity must do a lot of the work. Yet if we are to have any chance of meeting the 2050 goal of net zero emissions, we can’t afford to miss this moment on the policy front. Climate change is irreversible; the world will never be the same. But fiscal risk is not and, if a fiscal crisis were to arise, we would still have options available. Over the next few months, the US is going to choose between these two. In this unusual moment, the priority should be protecting the globe rather than the budget.”

3. Dani Rodrik tries to make peace among and find common ground for economists, sociologists, ethnographers, and so forth. I agree with Dani that an exclusive focus on “internal validity” does not get us nearly took where we need to be. But I have a different view of where the low-hanging fruit is. I think it lives in using reduced forms and correlations to constrain. I think it lives in using reduced forms and correlations to constrain our set of possible scenarios about how the world might be. We need to recognize more that even where we cannot conclusively fix either a supply or demand curve we can say intelligent things about how the data correlations constrain their possible positions. Read Dani Rodrik, “How Economists and Non-Economists Can Get Along,” in which he writes: “Other sleights of hand … cause economists problems … “identification”… that answer[s] either a narrower or a somewhat different version of the question … randomized social experiments … may not apply to other regions or countries … variation across space may not yield the correct answer to a question that is essentially about changes over time … Economists’ research can rarely substitute for more complete works of synthesis … Judgment necessarily plays a larger role … which in turn leaves greater room for dispute … Nevertheless, such work is essential. Economists would not even know where to start without the work of historians, ethnographers, and other social scientists who provide rich narratives of phenomena and hypothesize about possible causes, but do not claim causal certainty.”

4. This is a remarkably superb piece of work. And a great deal of it comes as a considerable surprise to me. Why is labor-side hysteresis not a bigger thing? How do I reconcile the fact that productivity-side hysteresis is a very big thing with what I think I know about technological progress during the boom of the 1930s? Big questions that I need to grapple with. Read Òscar Jordà, Sanjay R. Singh,  and Alan M. Taylor, “The Long-Run Effects of Monetary Policy,” in which they write: “Does monetary policy have persistent effects on the productive capacity of the economy? Yes, we find that such effects are economically and statistically significant and last for over a decade based on: (1) identification of exogenous monetary policy fluctuations using the trilemma of international finance; (2) merged data from two new international historical cross-country databases reaching back to the nineteenth century; and (3) econometric methods robust to long-horizon inconsistent estimates. Notably, the capital stock and total factor productivity (TFP) exhibit strong hysteresis, whereas labor does not; and money is non-neutral for a much longer period of time than is customarily assumed. We show that a New Keynesian model with endogenous TFP growth can reconcile these empirical findings.” 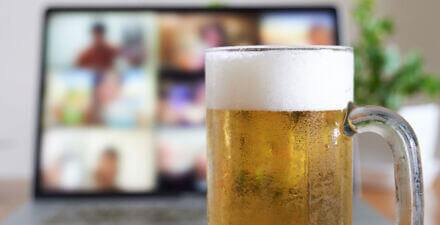 Research on Tap: Investing in an equitable future