1. Although the federal government’s economic spending response to the economic recession caused by the coronavirus pandemic has been large, it is clear that it has been inadequate. It has been inadequate both from an aggregate demand maintenance perspective and from a distributional perspective. More needs to be done. Read Equitable Growth, “More than 150 economists tell Congress: More relief needed to avoid ‘prolonged suffering’ and ‘stunted economic growth’”: “Led by Ben Bernanke, Heather Boushey, and Cecilia Rouse, statement endorsers include two former chairs of the Federal Reserve, four former chairs of the Council of Economic Advisers, and two Nobel laureates, among others … More than 150 scholars [endorsed that a] new bill should be commensurate with the nearly 16 trillion nominal output gap our economy faces over the next decade … Americans … are still suffering from the unprecedented public health and economic crises facing the country … and because state and local governments face potentially disastrous budget shortfalls … The Congressional Budget Office estimates that, without further congressional action, the unemployment will be greater than 11 percent at the end of the year … Moreover, Federal Reserve chair Powell has made it clear that families and the economy need help from Congress.”

2. I confess that this was a remarkable surprise to me. Yes, I knew that social power gets turned into economic power, but it had never occurred to me that it would be a big deal with respect to something like the ratio of property tax assessment to market valuation of houses. I will have to rethink a bunch of issues some more. Read Carlos Avenancio and Troup Howard, “Misvaluations in local property tax assessments cause the tax burden to fall more heavily on Black, Latinx homeowners,” in which they write: “Looking within regions where every homeowner theoretically faces the same rate of taxation, we find that minority homeowners nonetheless end up paying a 10 percent to 13 percent higher tax rate on average within the same local property tax jurisdiction. For the median Black or Hispanic homeowner in the United States, this translates to an extra $300 to $400 annually in additional property taxes. In highly minority communities, the extra tax burden can be several times as large … The wedge between assessed values and market values arises in two ways. The first relates to residential segregation within local property tax jurisdictions. Market prices are highly sensitive to local attributes … Local property tax assessments are much less responsive to highly local, neighborhood-level attributes than market prices are … Divergence isn’t driven by attributes of the home itself, such as the number of bedrooms or size of the home. Rather, the difference arises from hyper-local neighborhood-level characteristics, which do affect market prices but are inadequately reflected in assessments … The remaining inequality in tax burden persists within neighborhoods … We argue that this within-neighborhood inequality arises from racial differences in appeals by homeowners about their individual property tax assessment.”

3. I guarantee this will be a good use of your time. Register for the Vision 2020: Structural change Amid the Coronavirus Recession event:  “On Thursday, June 25, the Washington Center for Equitable Growth will convene two panels of top economic experts to discuss how current finance, banking, and labor laws and institutions exacerbate economic and racial inequality, and what we can do now to set the stage for strong, stable, and broad-based economic growth in the future … Democratizing the Economy: How financial institutions and the Federal Reserve have exacerbated inequality and why we need new institutions, or drastically reformed ones, to ensure broadly shared growth … Building Power for Workers and Families: How enhanced collective bargaining rights, public benefit and social insurance programs, anti-discrimination protections, and other power-building policies can help Black, Latinx, and other workers emerge stronger from this crisis.”

1. Will the economy snapback, and how fast? Three months ago I thought that the coronavirus pandemic would either be quickly stamped out or would roll over the world in a horrific six months with 150 million dead. (We are now, roughly, at perhaps 800,000 dead; and while the virus has been stomped in East Asia and is being stomped in West and Central Europe, it is alive and well and spreading elsewhere.) In either case, I thought the world would then return to normal, save that people’s fevers would be automatically scanned when they boarded planes and trains, and people with respiratory symptoms would be shunned and sent home. But at the current pace of infections it looks as though the time we will spend in at least moderate social distancing will be measured not in months but in years. And we cannot now even guess what the permanent shadow cast by the pandemic will be, or how much poorer and different the global economy will be afterwards. Read Tim Harford, “The economy won’t snap back after Covid-19,” in which he writes: “In the middle of a crisis, it is not always easy to work out what has changed forever, and what will soon fade into history. Has the coronavirus pandemic ushered in the end of the office, the end of the city, the end of air travel, the end of retail and the end of theatre? Or has it merely ruined a lovely spring? … A recession can leave scars that last, even once growth resumes. Good businesses disappear; people who lose jobs can then lose skills, contacts and confidence … Richard Baldwin, author of ‘The Globotics Upheaval,” argues that the world has just run a massive set of experiments in telecommuting. Some have been failures, but the landscape of possibilities has changed. If people can successfully work from home in the suburbs, how long before companies decide they can work from low-wage economies in another time zone? The crisis will also spur automation … There will be scars that last, especially for the young. People who graduate during a recession are at a measurable disadvantage relative to those who are slightly older or younger. The harm is larger for those in disadvantaged groups, such as racial minorities, and it persists for many years. And children can suffer long-term harm when they miss school. Those who lack computers, books, quiet space and parents with the time and confidence to help them study are most vulnerable. Good-quality schooling is supposed to last a lifetime; its absence may be felt for a lifetime, too.”

2. The coronavirus pandemic has, however, given what looks to me to be a five-year boost to the process of telecommuting and the global cloud information infrastructure. It has, quite frankly, been amazing how easily the backbone cloud data storage and bandwidth providers such as Alphabet Inc.’s Google unit and Amazon.com Inc. have been able to deal with the surge in demand for their businesses. Read Ben Thompson, “Zoom’s Earnings, Zoom & AWS,” in which he writes: “We are 14 years into the public cloud revolution, and the impact is probably still underrated. A company in Zoom’s position previously would not only have been incapable of building out so much capacity so quickly—actually building data centers and filling them with servers takes time!—but would not have done so even if they could have. After all, once you build it, you own it, and what happens if demand drops after the pandemic? Instead, though, Zoom could not only meet demand, but it could in fact generate even more demand (by offering Zoom for free to schools, for example) because its costs were marginal, not fixed … The second remarkable fact is that AWS had the capacity to not only support Zoom in this way, but a whole host of other companies that saw usage explode as companies went remote. There was a lot of talk a few years ago that AWS and Microsoft were overbuilding, but AWS in particular never slowed its spending, and that paid off in a big way during the pandemic.”

3. If the coronavirus cannot be stomped, is it worth incurring a substantial depression in order to simply push cases out six months or a year? Here we have real data: relatively cheap interventions have every promise of pushing the bulk of the caseload out beyond the date at which an effective vaccine is developed, and the disease ceases to be a major threat. Read Solomon Hsiang et al., “The effect of large-scale anti-contagion policies on the COVID-19 pandemic,” in which they write: “Governments around the world are responding to the novel coronavirus (COVID-19) pandemic with unprecedented policies designed to slow the growth rate of infections. Many actions, such as closing schools and restricting populations to their homes, impose large and visible costs on society, but their benefits cannot be directly observed and are currently understood only through process-based simulations. Here, we compile new data on 1,717 local, regional, and national non-pharmaceutical interventions deployed in the ongoing pandemic across localities in China, South Korea, Italy, Iran, France, and the United States. We then apply reduced-form econometric methods, commonly used to measure the effect of policies on economic growth, to empirically evaluate the effect that these anti-contagion policies have had on the growth rate of infections. In the absence of policy actions, we estimate that early infections of COVID-19 exhibit exponential growth rates of roughly 38 percent per day. We find that anti-contagion policies have significantly and substantially slowed this growth. Some policies have different impacts on different populations, but we obtain consistent evidence that the policy packages now deployed are achieving large, beneficial, and measurable health outcomes. We estimate that across these six countries, interventions prevented or delayed on the order of 62 million confirmed cases, corresponding to averting roughly 530 million total infections. These findings may help inform whether or when these policies should be deployed, intensified, or lifted, and they can support decision-making in the other 180+ countries where COVID-19 has been reported.” 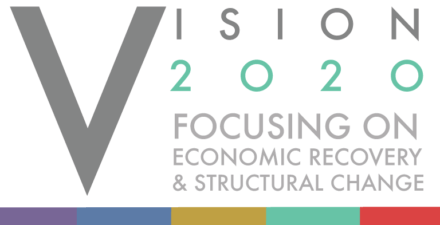 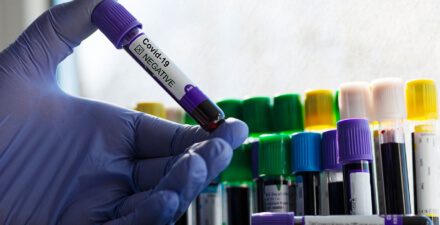 Where should the marginal dollar go in U.S. fiscal policy—to testing or to the safety net—amid a pandemic-induced economic downturn?