1. The old Chicago-school argument was that market pressures would not allow employers to discriminate—not unless their customers strongly and immediately demanded it. This was always subject to a critique: to the extent that market discipline was not immediate and absolute, market power gave running room to bad actors. Now come Kate Bahn and Mark Stelzner to point out that even good actors with market power will reflect, transmit, and amplify discrimination elsewhere in the system: Kate Bahn and Mark Stelzner, “How racial and gendered pay discrimination persists under monopsony in the United States,” in which they write: “There are many obstacles in finding a job … [that] inhibit workers from moving freely … and thus give employers monopsony power … Because these obstacles more commonly confront women and non-White workers, employers have more power over such workers, which means employers can push their wages down more compared to White men … These racialized and gendered wealth disparities reinforce discriminatory pay penalties … Greater protections for collective action and a more pro-worker National Labor Relations Board … can limit the ability of employers to exploit workers based on their gender or race and ethnic backgrounds … Wage disparities, and monopsony power more broadly, are moderated by workers’ ability to act collectively as a countervailing force, and that kind of worker power is a function of institutional supports for collective action … A variety of factors intersect to result in discriminatory wage outcomes for workers along the lines of race, ethnicity, and gender, and likewise shows that a suite of policies in tandem that address these broad constraints would lead to more efficient outcomes and higher levels of social welfare.”

2. We have a Treasury. We have a Federal Reserve. We have an Internal Revenue Service. Those financial operations that can be done at scale and do not require the incentive of profit-seeking expertise—or that are hindered by the deployment of profit seeking expertise—should all be provided by the government. Why weren’t they so provided in the case of the Paycheck Protection Plan? Amanda Fisher asks the question, and give us an answer. Read her “Did the Paycheck Protection Plan work for small businesses across the United States.”

3. Back at the end of 2008 I lobbied the Obama administration to put the unemployed at work going door-to-door treating the chronic diseases of the uninsured. Win-win. Now the same logic applies, both at the federal and at the state level, to put the unemployed at work in public health. Win-win. The states may say they have no money. But states that suppress the coronavirus will end up having much more money, even in the short run, than states that do not. Read Delaney Crampton, “The United States needs a new Works Progress Administration to overcome the coronavirus recession,” in which he writes: “Our nation needs more tracking and tracing of cases so that people can be notified and help limit the contagion of others. Unfortunately, the implementation of contact tracing programs has been uneven … At the same time, more than 44 million Americans have filed for unemployment benefits in less than 4 months. These two dire and worrisome trends—one related to public health and the other economic—also create a singular opportunity. Policymakers could place millions of people searching for work into contact tracing jobs through a modern-day Works Progress Administration … In Massachusetts, the nonprofit global health organization Partners in Health has been tapped to spearhead the state’s new contact-tracing program. Already, it has hired and trained close to 1,000 contact tracers. They are paying workers $27 an hour for their time and providing all contact tracers with health insurance. Massachusetts is taking a step in the right direction, but there are estimates that the United States will need to hire as many as 300,000 contact tracers to track and prevent the spread of COVID-19.”

4. The relative material progress of Black Americans in the United States has been stalled since the 1970s. The black shadow of slavery and Jim Crow and its impact on the wealth distribution means that any “declining significance of race” has been offset by a rising significance of class. And then we need to add in the rising ossification of America’s class structure. Those of us who are African American do not forget this. Those of us who are not African American need to recall this many times each day: when we rise, and when we lie down; when we eat, and when we drink; when we work, and when we rest. Read Liz Hipple, Shanteal Lake, and Maria Monroe, “Reconsidering Progress This Juneteenth: Eight Graphics that underscore the economic racial inequality Black Americans face in the United States,” in which they write: “In observance of Juneteenth, the Washington Center for Equitable Growth is reflecting on the perceived progress made in the lives of Black Americans and highlighting evidenced-backed policy solutions needed to reduce economic racial inequality. Eight graphics on wages, wealth, and health: Black workers, especially Black female workers, have lower salaries than White workers with similar levels of education. While the median White male worker with a college degree earns $31.25 an hour, the median Black male worker with a college degree only earns only $23.08. This is only $5 more than a White male worker with a high school degree. Some of this wage gap is due to occupational segregation, but the majority of it is “unexplained” and is attributed to discrimination.”

1. There is every reason to hope for a rapid economic bounceback toward full employment in Japan and Europe. But as best as I can see, Dan Alpert is right here: The right economic forecast for the short run here in the United States is one of fear and terror of a snowballing depression. Read his “The government needs to step in to save American businesses or the US is going to spiral into a second Great Recession,” in which he writes: “We have now entered the post-PPP Payroll Lay Off Phase (PLOP) of the COVID-19 Pandemic Recession of 2020 in the United States. Efforts by the federal government to soften the blow to businesses and households were bold—but we can see clearly now, not sufficient. America is still hemorrhaging jobs … Workers … not being “re-employed” … but … rather being “re-payrolled”… to meet the requirements of the Payroll Protection Program (PPP) … Many of the 4.9 million borrowers under the program may not be viable as ongoing enterprises. Even more will be non-viable unless they now cut costs and jettison a good number of the workers they added back to payrolls with the PPP dollars. The evidence of this re-furloughing and resumed layoffs is rolling in now like thunder … In addition to the 50 million claims above, there have been 8,792,890 in aggregate initial claims for unemployment insurance benefits made by self-employed persons under the Pandemic Unemployment Assistance Claims (PUAC) program, over one million in just this past week alone … It would be a mistake … to conflate these persistently high initial claims numbers with the new peaks in COVID-19 cases in the Southern and Western states. The data could not more clearly illustrate the opposite to be true … The layoffs and furloughs that are behind the continuing (and soon to be growing) volume of unemployment claims are evidence of the deep recession … deeper than that of the Great Recession. The only questions are whether this Greater Recession will last longer than its predecessor and whether it will turn into an outright economic depression.”

2. In the Clinton and Obama administrations legislative proposals tended to be crafted with an eye toward gaining of the approval of at least 60  Senators. The combination of senate procedural blockages and the belief that bills many Republican senators thought were good policy would be durable victories led to that strategy. It was a catastrophic failure. Joe Biden’s staff appears to have learned from Clinton’s and Obama’s mistakes, and is drafting proposals focusing on what would genuinely be the best policy. It is very nice to see. Read Matthew Yglesias, “Joe Biden’s surprisingly visionary housing policy, explained,” in which he writes: “Joe Biden has a housing policy agenda that is ambitious, technically sound, and politically feasible, and that would—if implemented—be life-changing for millions of low-income and housing-insecure households. According to original modeling by Columbia University scholars, it could cut child poverty by a third, narrow racial opportunity gaps, and potentially drive progress on the broader middle-class affordability crisis in the largest coastal cities as well. The plan hasn’t stirred an intraparty debate or really much attention at all, which could make it politically feasible to enact …The centerpiece is simple. Take America’s biggest rental assistance program — Section 8 housing vouchers — and make it available to every family who qualifies. The current funding structure leaves out around 11 million people, simply because the pot allocated by Congress is too small. Then pair it with regulatory changes to help the housing market work better for more people. It’s the general consensus approach among top Democratic Party politicians and left-of-center policy wonks.”

3. Is it the staying at home with lots of time to think, the economic distress and uncertainty, or the heightened fear and consciousness of mortality, or just chance that turned the coronavirus spring into the Black Lives Matter spring? Barry Eichengreen believes that it is the second. Read his ‘Rage Against the Pandemic,” in which he writes: “The connection running in the other direction—from the pandemic to the demonstrations—has received far less attention …Why now? … Before Floyd, there was the police killing of Michael Brown … Eric Garner … nearly 100 African-Americans who died in police custody over the past six years. One explanation for why Floyd’s killing triggered a national uprising is … an especially horrific recording … But this answer will satisfy only those who have forgotten the equally horrific recording of Garner’s killing. A more convincing explanation must include the pandemic …The COVID-19 mortality rate is 2.4 times as high among black Americans as white Americans … [a] situation … already approaching the unbearable…because of America’s threadbare social safety net … Certain states in the South provide fewer. Indeed, some, such as Florida, have intentionally designed their bureaucracies to make applying for unemployment benefits as difficult as possible.” 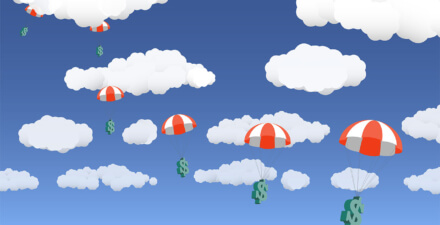 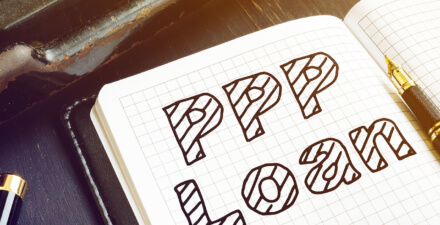