The first working paper comes from Boston University’s Adam M. Guren and Alisdair McKay and Columbia University’s Emi Nakamura and Jon Steinsson. In “Housing wealth effects: The long view,” the authors analyze whether an increase in housing wealth results in increased consumption and retail employment. The paper is accompanied by a policy brief outlining the authors’ results.

The second working paper by University of Pennsylvania’s Ioana Marinescu and Herbert Hovenkamp, entitled “anticompetitive mergers in labor markets,” looks at whether growing market consolidation in the United States has contributed to lower wages. Michael Kades also provides an overview of the work and discusses its implications for U.S. antitrust policy.

Belief in the ability to make a better life for oneself is an American creed as old as the country itself. But do today’s high levels of economic inequality hamper economic mobility? Liz Hipple provides an overview of the research on this topic–much of which finds an inverse correlation between inequality and mobility—and suggests future avenues for exploration.

The political momentum in support of paid family leave continues to gain pace around the United States, but it is important to step back and consider the design of the policy itself, which can be critical in determining whether paid family leave is actually effective. We take a look at the principles necessary to create successful paid leave policies.

Alexia Fernández Campbell looks at the research to see how Initiative 77, which raises the minimum wage to $15 an hour and phases out the tipped minimum wage for Washington, DC workers, could affect workers, businesses, and customers. [vox]

With lots of attention focused on the large number of U.S. men dropping out of the workforce since 2000, Dean Baker wonders why there is not similar notice of women’s declining labor force participation. He writes, “let’s stop looking for labor market explanations that focus on the problem of men not working and instead look for explanations for the problem we actually see in the data: men and women not working.” [cepr]

With the unemployment rate hovering near record-low levels and attitudes around disability shifting, Danielle Paquette writes about how employers are hiring disabled workers at a growing rate—and are often paying higher wages than in the past when doing so. [wapo]

The U.S. economy has been marked by rising market consolidation since the 1980s—and it’s no secret that big businesses are thriving. David Leonhardt writes about what it means for workers and our economy as businesses get bigger and the share of workers employed by a small-businesses continues to fall. [nytimes]

Heather Gillers, Anne Tergesen, and Leslie Scism bring us a feature on how aging Americans today are entering old age with vastly lower levels of financial security compared to those of decades prior due to higher debt burdens, lower wages, and less savings for retirement. This is not a temporary phenomenon as the authors write that “things are likely to get worse for a broader swath of America.” [wsj] 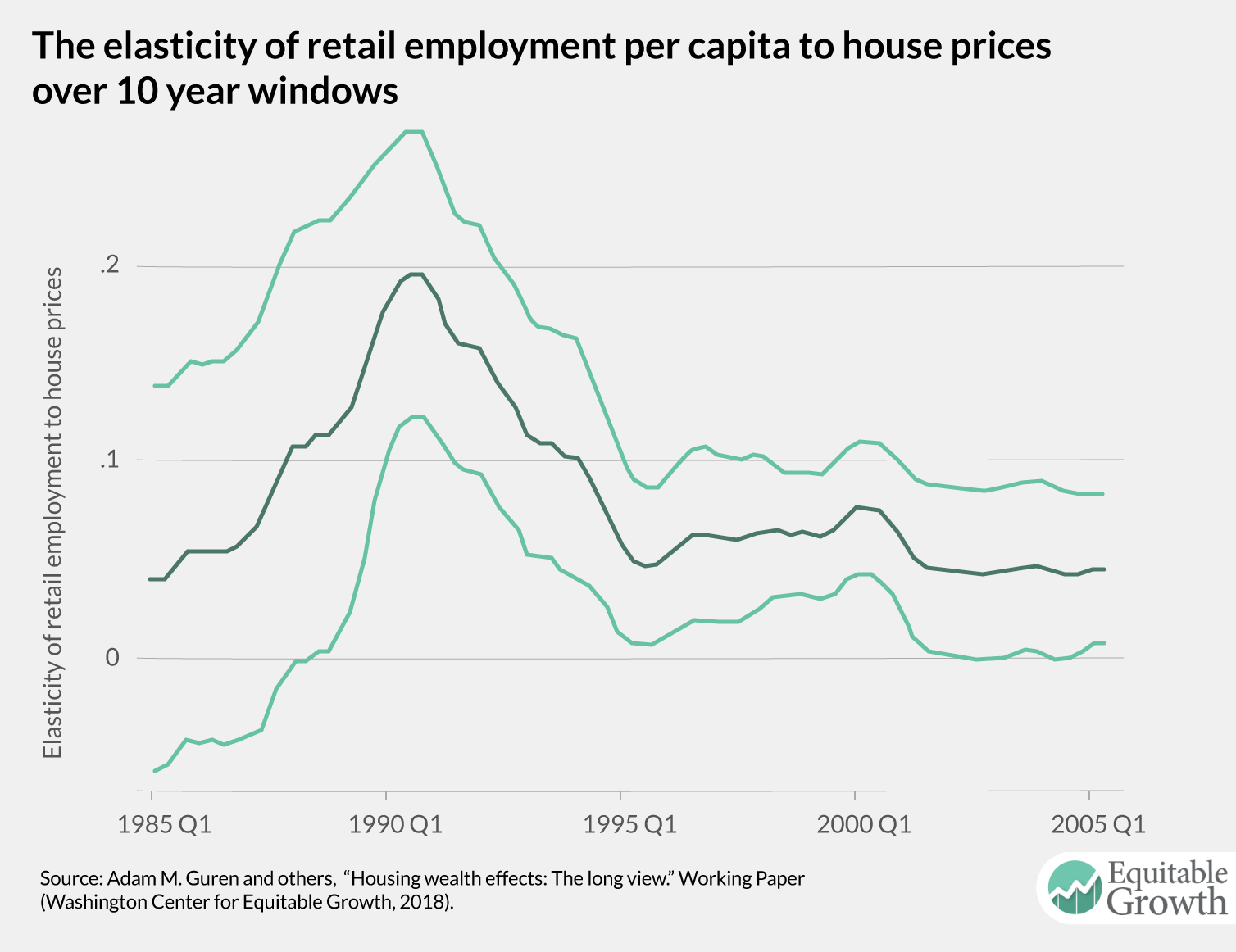 From “The surprisingly constant ‘housing wealth effect’ in the United States.”