David Mitchell explains the findings in a new working paper by economists Christina Romer and David Romer of the University of California, Berkeley that looks at how policymakers’ perceptions of debt and budgetary constraints limit their stimulus spending in economic downturns.

In a new issue brief for Equitable Growth, University of Michigan economists Lisa Cook and Janet Gerson explore why—despite earning an increasing share of postsecondary degrees in STEM fields—there is not a corresponding increase in patenting activity among women and people of color. Discrimination remains at the heart of the problem, and the authors estimate that closing the gender and racial gap in the U.S. innovation process could increase U.S. Gross Domestic Product per capita by 2.7 percent. In an accompanying Value Added blog post, Will McGrew summarizes the authors’ findings about the causes of the problem and their recommended policy solutions, including better mentorship, as well as actions to prevent the role of discrimination in patent review.

Four years ago, Seattle adopted a $15 minimum wage, the highest in the nation. New research from Jennifer Romich of the University of Washington into the effects of the changes found that jobs in restaurants and bars were not lost as a result of the change, and that low-wage workers experienced more rapid hourly wage growth, among other findings. [vox]

This week, the Department of Justice announced it was opening an antitrust review of whether online platforms such as Facebook, Inc., Google, Amazon.com Inc., and Apple Inc. are stifling competition. This is in addition to the taskforce created earlier this year by the Federal Trade Commission, which also has jurisdiction over antitrust, to look into the tech giants. [wsj]

While DoorDash announced a change in its policy for the allocation of tips in response to public outcry that they were not passing them directly along to workers, the issue illustrates the problems caused for delivery workers by their characterization as “independent contractors” rather than employees, allowing employers to avoid labor laws such as a minimum wage. [nyt]

A new working paper by Harvard economists Nathaniel Hendren and Benjamin Sprung-Keyser analyzed U.S. social safety net programs and found that programs that invested in children’s health and education had a net return on taxpayer dollars because they increased their future earnings and therefore how much they paid in taxes. [wsj] 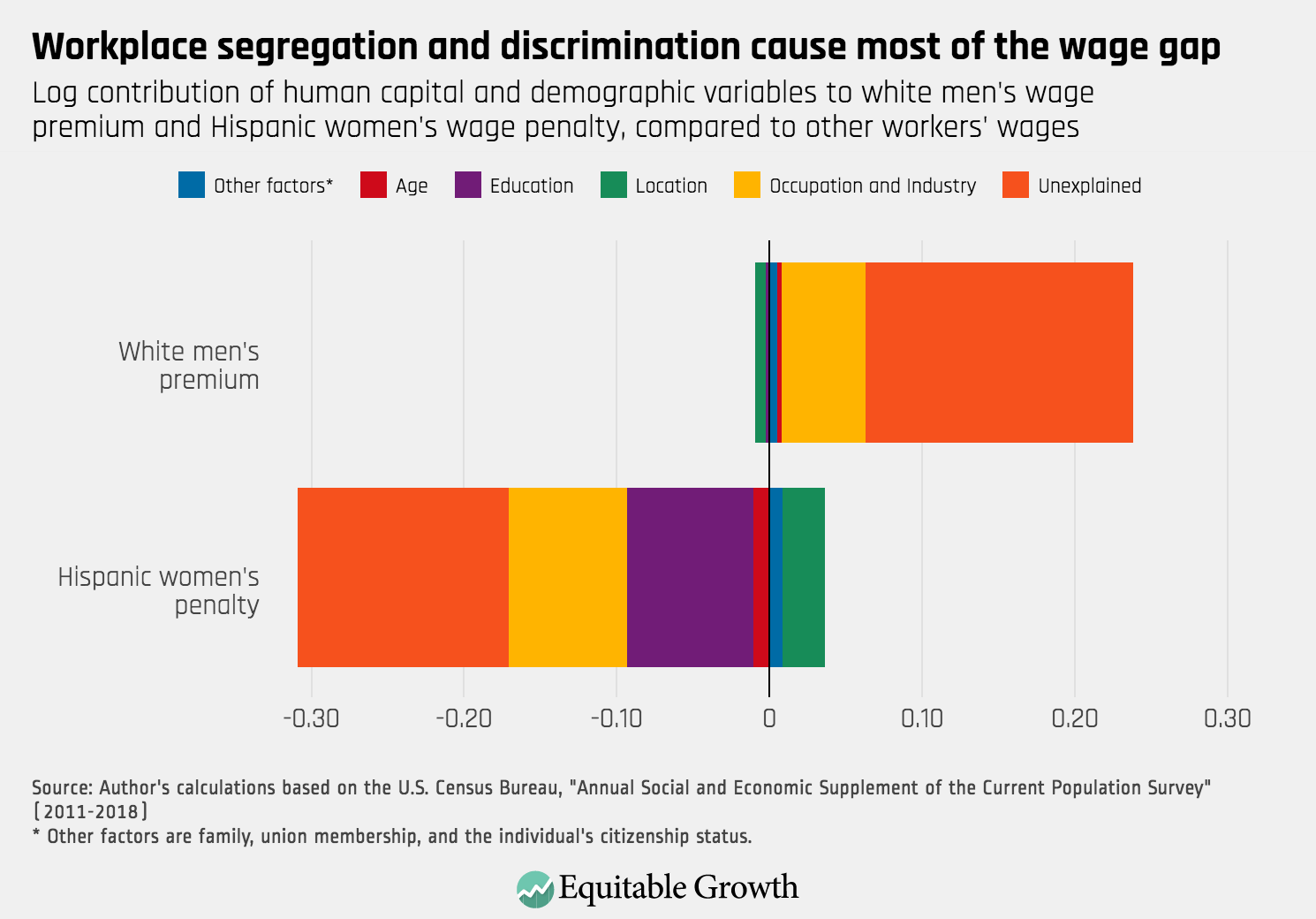 Figure is from Equitable Growth’s “The intersectional wage gaps faced by Latina women in the United States” by Kate Bahn and Will McGrew.