It’s well-established that Black and Latinx workers who lose their jobs are less likely to access Unemployment Insurance benefits than their White peers. And it’s clear this disparity means hardship at the individual level for Black and Latinx families. But what does it mean in the broader context of the COVID-induced economic crisis?

Research released last year by a joint team of researchers from the University of Chicago (Peter Ganong, Damon Jones, and Pascal Noel) and the JP Morgan Chase Institute (Diana Farrell, Fiona Greig, and Chris Wheat) implies that this disparity will slow the eventual recovery of the U.S. economy. To understand why, it’s first important to take a look back at the way unemployment benefits stabilize our economy.

The idea is simple, when you think about it. When people lose their income from work with nothing to replace it, they stop spending their money. When they don’t spend money, businesses suffer and lay off employees. Unemployment spreads contagiously through the economy, like a disease. But income from unemployment benefits can stop the contagious spread. When people receive income from unemployment benefits, they are able to pay for clothing for their children and food for their families. And the stores where they spend money are able to keep their employees on payroll.

For unemployment benefits to have this effect, people have to spend them, and the new research from the University of Chicago and JP Morgan Chase Institute team shows that the spending of some demographic groups is more sensitive to fluctuations in income that the spending of others. Drawing on administrative data capturing 1.8 million households with Chase Bank checking accounts between October 2012 and April 2018, linked with data sources that can identify the race of bank account holders, the research team identifies moments when employers decrease or increase compensation to their entire workforce to see how individual households respond. They find that on aggregate, a $1 change in income leads to a 22-cent change in spending. (See Figure 1.)

There are many ways that a household could see a change in earnings from work. The hours of workers in a household could be cut or extended. They could receive bonuses. Their employers could change the amount they earn from commissions. Or their employment situations could vary with the seasons.

A particularly dramatic change occurs when workers in a household lose their jobs altogether, and this blow can be softened through the receipt of income through the Unemployment Insurance program—another income dramatic change. The research team again finds that spending by Black and Latinx households are more sensitive to fluctuations in income. (See Figure 3.)

Why is spending by Black and Latinx workers and their families so much more sensitive to fluctuations in income than their White counterparts? While the existing literature suggests a variety of reasons, ranging from their ability to lean on their social networks to their ability to borrow, the research team finds one culprit that explains all the variation: the amount of savings available for a rainy day.

When people have funds stored away for a rainy day, they are less sensitive to dips in income. If they miss a paycheck, they can draw on their savings. But some people don’t have savings to turn to. So, when they miss a paycheck, they have no option but to cut back on spending, even if it means foregoing necessities such as paying the electricity bill or buying food. And when they experience an increase in income—including when an unemployment check comes through—they spend it to meet their needs. (See Figure 4.)

And because of racism in our labor markets, our banking system, our housing markets, and our educational institutions, not all racial groups have the same amount of savings at their fingertips. The research team finds that Black and Latinx households have lower levels of savings to draw on when the proverbial rainy day occurs. What’s more, they find that this disparity in liquid savings completely explains the different sensitivities to income changes by racial group. (See Figure 5.)

This is an elegant explanation, but it is also bad news, particularly in the COVID pandemic. The same systemic racism that leads to low bank account balances for Black and Latinx workers also means that they were disproportionately clustered in jobs that were eliminated due to the COVID crisis and resulting recession. Getting unemployment dollars into the hands of Black and Latinx workers is therefore even more crucial to getting the United States to economic recovery.

So, what to do? In the short term, it’s important to extend the clock on UI benefits, as well as their amount. As of the publication of this column, enhancements to unemployment benefits are set to end in the middle of March, and even the currently proposed extensions to UI benefits that were introduced in the U.S. House of Representative’s 2021 budget reconciliation bill will stop abruptly at the end of August.

The research described in this column shows that the sudden cut in income will lead large numbers of Black and Latinx unemployed workers to curtail their spending. This means that unemployment will spread more contagiously, even as the waning of the pandemic is on the horizon. Extending benefits until the public health situation is under control and businesses are fully functioning again would stabilize the U.S. economy.

But even this policy fix will have muted effects because of racial disparities in rates of UI take-up. This research implies that if Black and Latinx workers who lost their jobs through no fault of their own during this pandemic had accessed benefits at the same rate as their White counterparts, the economic fallout would not have been so severe. In the longer term, we need to think about policy fixes that increase rates of unemployment benefit access among Black and Latinx workers. By eliminating racial disparities in UI benefit receipt, policymakers can be prepared for the next economic crisis, whenever it may strike. 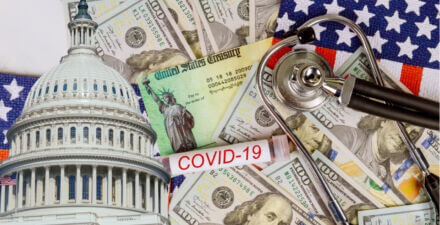 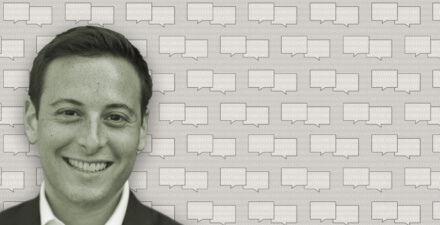