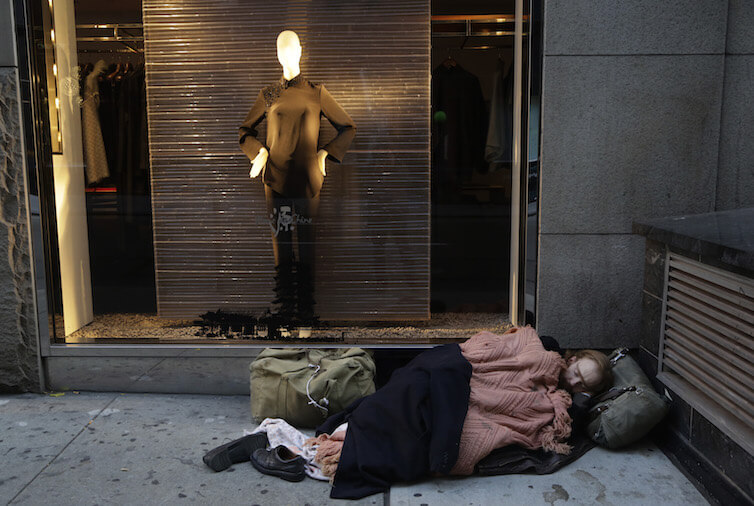 With the launch of our new website, we are reintroducing visitors to our policy issue areas. Informed by the academic research we fund, these issue areas are critical to our mission of advancing evidence-based ideas that promote strong, stable, and broad-based economic growth. Through the rest of June and early July, our expert staff are publishing posts on our Value Added blog about each of these issue areas, describing the work we do and the issues we seek to address. The following post is about Disaggregating Growth. For previous posts on other issue areas, please go to our Value Added home.

Quarterly reports of Gross Domestic Product growth are among the most publicized products of our federal statistical agencies. For journalists, policymakers, and pundits alike, these reports are read as barometers of national economic health. Increasingly, however, these reports do not necessarily reflect the economic fortunes of the average American because inequitable growth patterns mean that most Americans see less income growth than the average. If policymakers want to change these patterns, they first need to change how people think about economic growth. The first step is to measure growth for all Americans.

President John F. Kennedy liked to remark that “a rising tide lifts all boats,” echoing the conventional wisdom that a prosperous economy benefits Americans across the economic spectrum. The conventional wisdom in his era wasn’t wrong: Between 1963 and 1979, average national growth was relatively close to the growth experienced by the vast majority of Americans. For Americans between about the 30th percentile of income and the 95th percentile, average income growth at this time was close to their own income growth, about 1.7 percent per year after accounting for inflation. (See Figure 1.) 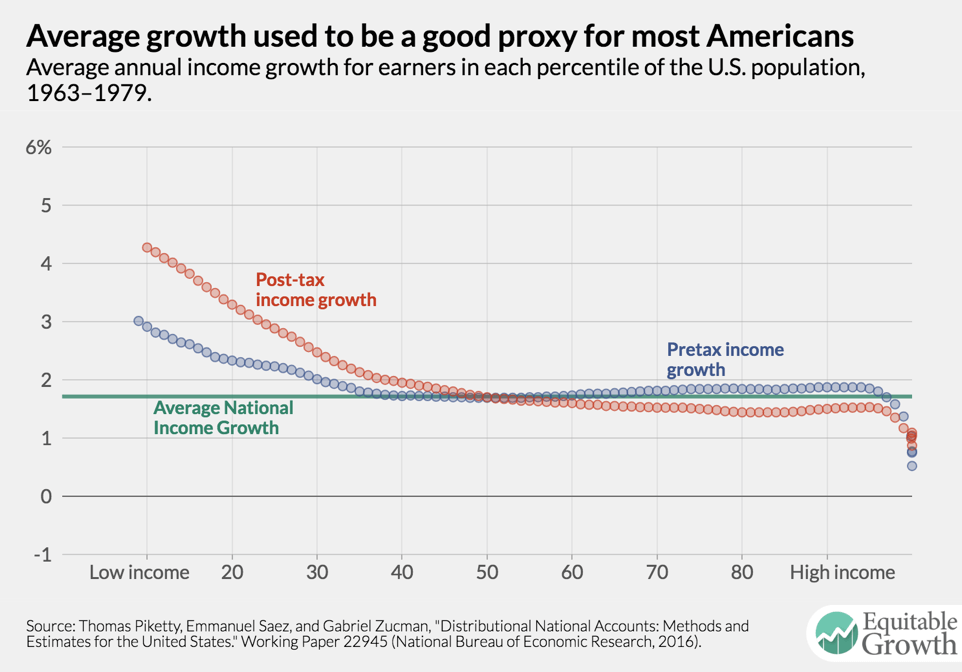 But this relationship dissolved in the 1980s as Americans at the top of the income spectrum started to pull away from the rest. Now, average growth is a poor indicator of economic performance for the average American. Today, only about 15 percent of Americans enjoy income growth at or above the average of 1.4 percent per year, while for the vast majority of Americans—everyone below the 70th percentile—average growth is a poor indicator of their economic fortunes. (See Figure 2.) 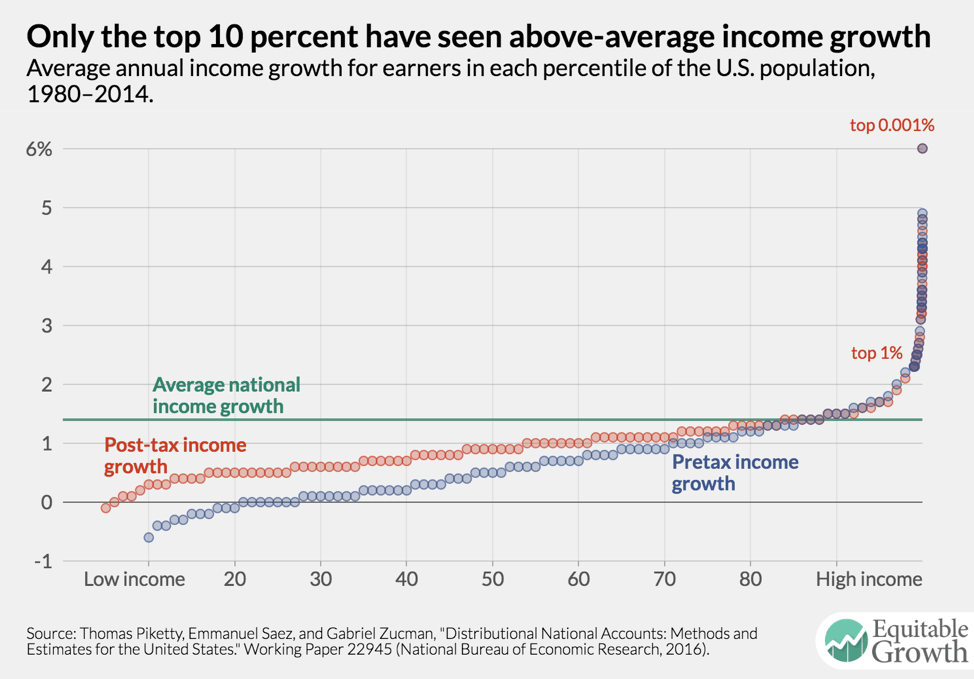 Gene Sperling, who served as director of the National Economic Council under President Bill Clinton and President Barack Obama, modified President Kennedy’s conventional wisdom to fit these new economic facts: “The rising tide will lift some boats, but others will run aground.” GDP growth is no longer a sufficient statistic for understanding the economic fortunes of most Americans.

What we need is to disaggregate growth and report on the progress of all Americans. Instead of the one-number-fits-all approach of GDP growth, this new system would report growth for Americans along the income curve, much as the graphs above do. It might indicate, for example, that the bottom 50 percent of Americans experienced growth of 1.3 percent while Americans in the top 1 percent of earners experienced 4.5 percent income growth.

Unfortunately, such a system is not currently possible. The graphs above were created using academic datasets for which no federally produced analog exists. GDP growth is reported by the U.S. Commerce Department’s Bureau of Economic Analysis, but the BEA is currently incapable of creating a system of distributional national accounts because it lacks the necessary data to do so. This problem is outlined in our recent report on the issue. Correcting it will require action from Congress and the executive branch. Without it, policymakers and pundits will continue to trumpet a measure of economic progress that does not tell the real story of the economy.