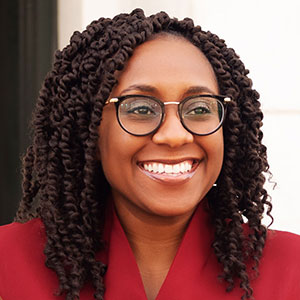 Janelle Jones is the chief economist at the Service Employees International Union. Previously, she was the chief economist at the U.S Department of Labor, the first Black woman to serve in that role. Prior, she was an economic analyst at the Economic Policy Institute working on a variety of labor market topics within EPI’s Program on Race, Ethnicity, and the Economy, and the Economic Analysis and Research Network. She was also a research associate at the Center for Economic and Policy Research, where she worked on topics including racial inequality, unemployment, job quality, and unions, and an economist at the U.S. Bureau of Economic Analysis. Her research has been cited in The New Yorker, The Economist, Harper’s, The Washington Post, The Review of Black Political Economy, and other publications. Jones holds a B.S. in mathematics from Spelman College and an M.A. in applied economics from Illinois State University.