Are markets becoming less competitive and, if so, why, and what are the larger implications?

The premise of a market economy is that broad-based economic gains come from a well-functioning market. Yet there is evidence that growing economic inequality is undermining our society’s ability to act collectively in pursuit of the nation’s welfare. When stakeholders who comprise economic systems subvert institutions for their own gain, the economy loses. If markets are becoming less competitive, the resulting increase in monopoly power could be contributing to these problems.

New data-driven research provides more evidence that markets are increasingly concentrated and that, in many cases, this is indicative of a reduction in competition. Markups, the traditional measure of monopoly power, are growing. Investment and new business start-ups have been falling steadily even as corporate profits are rising. At the same time, labor income as a share of national income is falling. Does the economy suffer from a monopoly problem and, if so, why, and what are the larger implications?

We are interested in research from an aggregate perspective, which has been common in the macroeconomic and labor literatures, as well as sectoral analysis that has been the focus of industrial organization literatures.

This project aims to provide a detailed, comprehensive analysis of the Amazon.com Inc. platform, its evolution, market power, and welfare implications. Gutierrez will utilize a massive dataset that has product information, alongside prices and sales ranks, for products sold on Amazon’s platform to produce three papers. The first will provide an overview of the Amazon platform and study the evolution and heterogeneity of fees in order to empirically test whether Amazon’s fees to sellers reflect market power. The second will consist of a structural analysis of reselling to test whether Amazon competing on its own platform is anticompetitive. And the third paper will analyze the impact of private label products. This research not only examines the Amazon platform but also provides empirical evidence on whether these types of activities can be anticompetitive.

The Welfare Effects of Price Discrimination Under Endogenous Product Entry: the case of Implantable Medical Devices

This project seeks to answer two questions: What are the welfare effects of third-degree price discrimination, and what are the effects of third-degree price discrimination on the take-up of newer and better technologies? Goel will address this question in the context of a particular type of implantable medical device: defibrillators. The implantable medical device industry has three features that make it a compelling setting to study. First, manufacturers are able to prevent hospitals from disclosing prices, allowing them to charge different prices for the same device in different hospitals. Second, the industry is very concentrated, with more than 95 percent of the market share captured by just four firms. And third, there is a lot of product variety. On average, a manufacturer offers six brands of this particular device per year from 2014–2019. Goel will utilize a rich dataset with purchase volumes, prices, and characteristics of defibrillators, and will combine this with approval information from the U.S. Food and Drug Administration. She will then estimate a model of supply and demand, and conduct a counterfactual analysis in which third-degree price discrimination is banned in order to understand the dynamics of price discrimination.

In virtually all areas of the U.S. healthcare service sector, physicians are barred from referring patients to entities in which they have an ownership stake. But this is not the case for the dialysis industry, which is exempt from such restrictions. Joint ventures between physicians and dialysis facilities exist at nearly 20 percent of facilities. This research will explore how physicians’ ownership ties with dialysis firms affect steering, spending, and outcomes. Using data obtained from a Freedom of Information Act request from the Centers for Medicare and Medicaid Services, Eliason, McDevitt, and Roberts will construct a first-of-its-kind dataset that tracks the ownership of dialysis facilities, including whether physicians have an ownership stake. They will add in data on dialysis providers and patients, including detailed Medicare claims and rich information on patient characteristics and health outcomes. An event-study analysis will allow the three researchers to test whether there is a clear trend-break in new patient arrivals and referrals when parties enter into a joint venture in order to examine how integration affects competition. The analysis will enable the researchers to study how patient caseloads and referrals at unintegrated facilities change after a nearby rival forms a joint venture, along with the impact of vertical integration on patient outcomes such as hospitalizations and mortality, as well as overall Medicare spending. Prior research has found that Black, Latinx, and low-income patients suffer disproportionately from kidney failure and often receive worse care, potentially making these groups especially vulnerable to providers’ growing market power and physicians’ conflicting interests.

Jorring and Buchak propose to study the impact of local concentration of mortgage lenders on household credit access and homeownership. Homeownership is the primary channel through which most U.S. households build wealth. Existing literature finds little to no relationship between local lender concentration and mortgage interest rates. Therefore, federal regulators regard mortgage markets as national and view their local concentration as irrelevant to financial regulation and monetary policy. The two researchers argue that this view is incomplete, showing that although local concentration has no influence on interest rates, it strongly affects lending standards and upfront fees. In more concentrated areas, preliminary results show that lenders charge higher fees, mortgage application rejection rates are higher, and the pool of originated mortgages is less risky in terms of both credit scores and default. This may be particularly true for low-income, female, and applicants of color, suggesting that local lender concentration is particularly important when it comes to questions of credit access for traditionally underserved borrowers. Jorring and Buchak plan to combine public data from the Home Mortgage Disclosure Act, which covers the near universe of U.S. mortgage applications, as well as data from Fannie Mae and Freddie Mac on single-family loan origination and performance, with private data to explore the effects of local concentration in mortgage lending.

Buyer Power in the Beef Industry

Agricultural supply chains in the United States include hundreds or thousands of farmers and large agribusinesses that process and distribute the produce. Following a series of mergers over the past five decades, the farmers that contribute to the production of meat and grain each have the option of selling to only four predominant buyers, with the buyers varying by product. Given the disparity between the sizes of individual farmers and the agribusinesses, it is natural to wonder whether transaction prices reflect the marginal value of farmers’ product, as they would in a competitive market, or whether agribusinesses are able to exercise oligopsony power to artificially depress prices. These concerns are particularly salient now, given indictments for price-fixing and anticompetitive practices in the meatpacking industry. Yet farm bankruptcies have increased each year for the past decade. This project will study oligopsony power in cattle markets by quantifying the market power of the packers, assessing the causes and consequences of the market power, and examining how it has changed over the past two decades. Outcomes of interest include the degree of local market concentration, plant-specific mark-ups and the mechanisms that support the mark-ups, and evaluation of specific mergers.

The common ownership hypothesis suggests that when large investors own shares in more than one firm within the same industry, those firms may have reduced incentives to compete. Firms can soften competition by producing fewer units, raising prices, reducing investment, innovating less, or limiting entry into new markets. The U.S. Department of Justice, the Federal Trade Commission, the European Commission, and the Organisation for Economic Co-operation and Development have all acknowledged concerns about the anticompetitive effects of common ownership and have relied on the theory and evidence of common ownership in major merger cases. This is a series of four separate projects by the four researchers. The first project seeks to show a link between executive compensation and measures of common ownership, providing a "mechanism" for how common ownership might affect competition and consumption. The second focuses on innovation, building on recent work and seeking to incorporate effects of common ownership, which are predicted to vary according to technological and product-market relationships. The third project is largely theoretical and will study the size and magnitude of the relationship between common ownership and innovation and the extent to which that varies across the universe of publicly listed U.S. corporations. Finally, the fourth project is a data collection effort, expanding the universe of high-quality common ownership data outside of the United States.
Load More 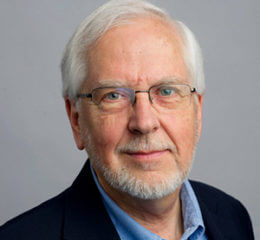 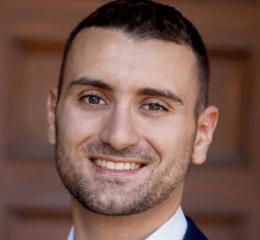 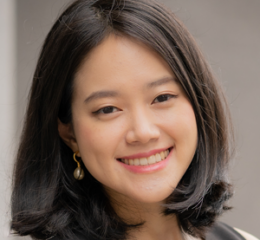 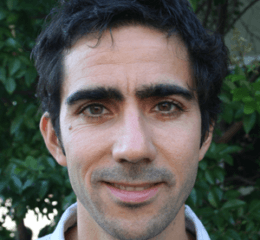 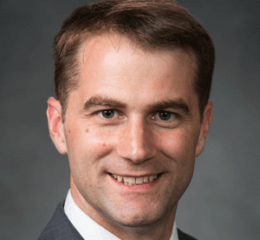