Over the past four decades, geographic inequality between regions of the United States has grown dramatically. A handful of metropolitan areas, largely along the coasts, have become some of the richest economic regions in world history, while elsewhere, large swaths of the country have been trapped in economic decline. These regional disparities—both a driver and a consequence of racial inequality—harm national growth and are exacerbated by our current system of fiscal federalism.

Yet while regional economic divergence appears to be the result of many different local trends, it is fundamentally a national process driven in large part by national economic trends and federal policies. As recent research shows, much of the increase in interregional inequality since the 1970s is attributable to federal policy changes that seem geographically neutral at first glance, but which interacted with existing spatial patterns in the economy in ways that systematically helped some places while disadvantaging others.

This virtual event dived into the research on how national actions have driven regional inequalities and what this means for policy solutions. It featured Equitable Growth grantee Robert Manduca, assistant professor of sociology at the University of Michigan, whose work shows how addressing interregional inequality will be most effectively accomplished at the federal level through “place-conscious policies.” It also included a panel of researchers and policy experts exploring how a suite of policy solutions, from universal anti-poverty programs to state and local finance reform, can reduce interregional inequality, without explicitly targeting struggling regions for subsidies or investment. Read more about the event speakers below.

Watch video of the event:

Olugbenga (Gbenga) Ajilore is a senior advisor in the Office of the Under Secretary for Rural Development at the United States Department of Agriculture. Prior to his current role, he was a senior economist at the Center for American Progress and former associate professor of economics at the University of Toledo. His expertise includes regional economic development, macroeconomic policy, and issues in diversity and inclusion. He has been invited to testify before Congress and has been featured in The New York Times, the Wall Street Journal, and The Washington Post. He holds a Ph.D in economics from Claremont Graduate University and a bachelor’s degree from the University of California, Berkeley.

Dominique Derbigny Sims is the senior vice president of the Georgia Budget & Policy Institute. She previously served as the the deputy director of Closing the Women’s Wealth Gap, a national network of more than 600 advocates and leaders focused on changing federal policies to strengthen economic security for women of color. She has also served as associate director of the Savings & Financial Capability Team at Prosperity Now and program director at MetroCASH, the Earned Income Tax Credit coalition serving Richmond, Va.

Bradley Hardy is an associate professor in the School of Public Affairs at American University and nonresident senior fellow in Economic Studies at the Brookings Institution. His research interests lie within labor economics, with an emphasis on economic instability, intergenerational mobility, poverty policy, and socioeconomic outcomes. His recent work examines trends and sources of income volatility, intergenerational mobility, and neighborhood economic development within the United States, with a focus on socioeconomically disadvantaged families. He also conducts research on the role of anti-poverty transfer programs such as the Supplemental NutritionAssistance Program and the Earned Income Tax Credit for improving economic well-being among low-income individuals and families. Hardy holds a Ph.D. in economics from the University of Kentucky, a master’s of public policy from Georgetown University, and a B.A. in economics from Morehouse College.

Robert Manduca is an assistant professor of sociology at the University of Michigan. His research explores the drivers of interregional inequality in the United States, asking why some cities and regions are more economically prosperous than others and how local economic conditions impact residents’ lives. Another line of his work examines the consequences of rising income inequality for intergenerational mobility and other social outcomes. Manduca received his Ph.D. in sociology and social policy from Harvard University and his M.C.P. in city planning from the Massachusetts Institute of Technology.

Whitney Tucker is the Deputy Director of Research on the State Fiscal Policy team at the Center on Budget and Policy Priorities. She joins the Center from NC Child, where she spent two years as Research Director before transitioning to Policy Director and leading the organization’s legislative advocacy strategy and policy analysis. Whitney brings a deep commitment to the advancement of public policy solutions that affirm the dignity of every person and community. Her work has included the research and promotion of a variety of anti-poverty issues, including state EITCs, public benefit access, and enumeration in the U.S. decennial census. Prior to joining NC Child, she spent four years at Children’s Trust of South Carolina, where she coordinated a statewide coalition that promoted data- and equity-informed public policy changes on behalf of children ages 0-5. A South Carolina native, Whitney holds a Master of Public Health from the University of South Carolina as well as a bachelor’s degree in public policy from Vanderbilt University.

About Boosting Wages for U.S. Workers in the New Economy

This event drew from Manduca’s essay, “Place-conscious federal policies to reduce regional economic disparities in the United States,” which appeared in Equitable Growth’s book, Boosting Wages for U.S. Workers in the New Economy. The book features 10 essays by leading scholars on policies to raise wages by addressing underlying structures and dynamics in our economy. The essays—developed in partnership with the Institute for Research on Labor and Employment at the University of California, Berkeley and with funding from the Bernard and Anne Spitzer Charitable Trust—guide policymakers on how to deliver broadly shared economic prosperity by making wages a key outcome to structural economic policy at the federal and state levels. 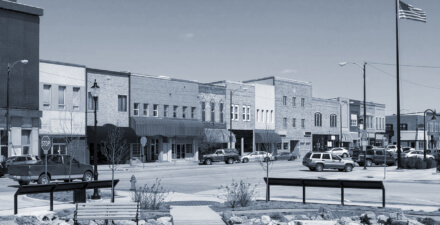