1. A good society will need an extremely robust income support program. But the problem has always been that enough voters in the United States would rather see 10 people who would be appropriate users not get social insurance than to see 1 person among the “undeserving” actually receive benefits. Curiously, however, this set of judgments is never—or rarely—applied to systems that reward the undeserving rich. Their comeuppance is limited to entertainment fantasies. Read Liz Hipple and Alix Gould-Werth, “Weak income support infrastructure harms U.S. Workers and their families & constrains economic growth,” in which they write: “Economists Jesse Rothstein … and Sandra Black … argue it is inefficient to have families self-insure against unpredictable risks they cannot reasonably calculate. … Black and Rothstein explain, ‘The federal government can provide social insurance protections at a much lower overall cost, and … enable families to stretch their market earnings further.’ … Most people will need income support at some point in their lives. … In any given month, nearly 1 in 5 people benefit from SNAP, Supplemental Security Income, TANF, public or subsidized housing, the Women, Infants, and Children, or WIC, program, or the Child Care and Development Fund.”

2. I wonder if the government can be flexible enough to handle this problem, and I certainly doubt the ability of our current legal system to handle it. So I would rather focus on mechanisms to give more workers more bargaining power, and more channels and intermediary institutions through which they can bargain and to bargain on their behalf. Read Kathryn Zickuhr, “Workplace surveillance is becoming the new normal for U.S. workers,” in which she writes: Invasive and exploitative workplace surveillance in the United States is now growing largely unchecked due to weak worker power and a lack of legal protections or regulatory restrictions. … Workplace surveillance … enables illegal discrimination, hampers worker organizing … [and] is part of a cycle of fractured work arrangements through which firms de-skill work and misclassify employees. … The dangers posed by workplace surveillance fall most heavily on the most vulnerable.”

3. From two years ago. Read Austin Clemens, “Eight graphs that tell the story of U.S. economic inequality,” in which he writes: “Rising economic inequality over the past 40 years has redrawn the U.S. wealth and income landscape, shifting many of the gains of prosperity into the hands of a smaller and smaller group of people and marginalizing members of vulnerable communities. This transformation is in turn reducing income mobility and opening gulfs in educational achievement and health outcomes between different levels of income. The eight graphs in the three sections below visually illustrate these findings. … The first graphic tracks the share of all earned income accrued by the top 1 percent of earners, along with the next 9 percent, the upper 40 percent (from the 50th percentile to the 90th) and the bottom 50 percent. The share of income controlled by the top 10 percent bottomed out in the 1970s but has reached new highs—the top 10 percent of all income earners now control around 38 percent of national income.”

1. I confess that the correlation between political polarization and COVID denialism at the state level makes me significantly more depressed than I believe Bradley L. Hardy and Trevon D. Logan are. Read their “The Way Back: Assessing Economic Recovery Among Black Americans During COVID–19,” in which they write: “Varying state and local public health and economic policy choices could present clear challenges to the speed and persistence of a broader national economic recovery. … Recent federal policies will mandate that employers require employees to either be vaccinated or submit to weekly testing. Economic policy evidence and theory show that businesses value and benefit from a consistent application of regulatory policies. Federal policy is converging with a private sector that is increasingly adopting a more consistent, aggressive stance on mask-wearing and vaccination policy for employees as a mechanism to avoid another large-scale shutdown of economic activity. Black Americans have experienced an especially large, harmful public health and economic shock from COVID–19. The consequences from historically high job loss and COVID–19 mortality and morbidity, along with K–12 learning loss, will likely transmit a substantial intra- and intergenerational consequence onto Black families and their communities. These communities will benefit from sustained public health, economic policy, and educational interventions to moderate the effects of COVID–19.”

2. Heather Boushey is doing a good job from her perch in the Executive Office Building. Read her “I’m One of Biden’s Advisers. Here’s How I Think About His Economic Agenda,” in which she writes: “In the early 1980s … my father was “pink slipped” from his machinist job building 747s at Boeing, an event that upended our family finances. … We were lucky; the recession was relatively short, and between my mom’s paycheck and my dad’s benefits, we got by until the orders for planes resumed. … I recall being shocked by how much power Boeing had over our lives. When my dad was laid off, the economic security my parents had long worked for disappeared overnight. … It got me thinking about … how can … things like unions and democratic governments that respond to crises … [and] cushion individual families against the whims of the marketplace? … Biden has set out to mend broken supply chains as aggressively as he tackled other challenges with the American Rescue Plan. But getting back to where we were is not enough. We need to emerge stronger and more resilient. And that’s why we need a more robust government. … Congress has a choice to make. Does it want to grow our economy by investing in the middle class and the public sector, and fundamentally recalibrating the relationship between government and the people it represents, or continue giving billions in tax handouts to the wealthiest Americans and multinational corporations? It’s time to build back better.”

3. Remember, the collapse of Lehman Brothers in 2008 should not have been a Lehman moment for the U.S. economy. There is no good reason that Evergrande today should be for China. Whether what I now tend to think of as the safe-asset-shortage problem is about to come to China big time, and trigger an example of the middle-income trap—that is a very interesting idea that I think I need to spend significant amounts of time trying to assess. Read Paul Krugman, “Wonking Out: This Might Be China’s ‘Babaru’ Moment,” in which he writes: “Suppose that the conventional wisdom is right and that Evergrande isn’t another Lehman moment. That still won’t mean that things are OK. For it seems quite possible, at least to me, that China is having a “babaru” moment … the Japanese bubble economy—or as the Japanese themselves called it, the “babaru economy”—of the late 1980s, when prices of many assets, above all commercial real estate, went completely crazy. At one point it was widely claimed that the land under the Imperial Palace was worth more than the whole state of California. Then everything crashed. … The bursting of the Japanese bubble didn’t lead to a financial meltdown. But it was followed by a prolonged period of economic weakness. At first many observers attributed that weakness to a hangover from previous financial excess: Japanese corporations had too much debt, they argued, or Japanese banks had too many nonperforming loans. But the weakness went on and on, and indeed in some ways continues to this day. … Japan has been able to maintain more or less full employment only through constant economic stimulus: ultralow interest rates and persistent budget deficits that have pushed the national debt above 200 percent of GDP. True, that debt hasn’t posed any problems so far, and the Japanese arguably deserve praise for managing a difficult economic situation with relatively little mass suffering. … Here’s the thing: While China is vastly different from Japan in many ways, China’s macroeconomic situation bears a striking resemblance to that of Japan around the time the Japanese bubble burst.” 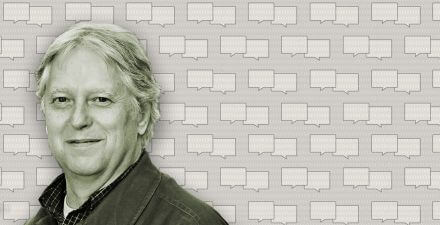 In Conversation with Mark Rank 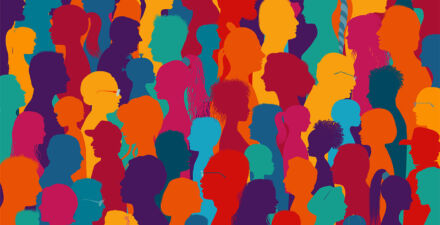