1. Remember: prime-age employment was something like 80 percent before the novel coronavirus hit. Fortunately for all of us, so far this shock is still predominantly supply-side and not demand-side. If it turns into a demand shock we will have a whole extra set of problems. Read “Equitable Growth’s Jobs Day Graphs: August 2020 Report Edition.”

2. It is a very good idea to do this. In fact, it is so good that I am astonished it is not yet been done, but it has not. Read Equitable Growth 20202 grantees’ Jose Joaquín Lopez and Jamein Cunningham’s grant description, “The evolution of civil rights enforcement and economic prosperity of minorities,” in which they write: “Despite the existence of a vast literature on U.S. labor market discrimination, there is still a lack of empirical evidence on the degree to which the private enforcement of anti-discrimination legislation through the federal courts has influenced racial divides … The authors will create a set of comprehensive measures of civil rights enforcement at the court level, providing the opportunity to track changes in enforcement across 90 U.S. District Courts between 1970 and 2019. These measures of enforcement will be linked to socioeconomic outcomes using data at the individual and household levels in order to shed light on how enforcement of civil rights legislation via the courts influence labor market outcomes and intergenerational mobility of minority groups. In addition, the authors will create a comprehensive dataset on the political party composition of judges across courts and over time to examine how presidential appointees have influenced the evolution of civil rights enforcement and their implications for racial inequities in U.S. labor market outcomes and intergenerational income mobility.”

1. We are squeezing a generation’s worth of structural change into a year. A small amount of it will be reversed. But probably not much. Read John Quiggin, “The Economic Consequences of the Pandemic,” in which he writes: “The potential benefits of remote work and the likely struggle over who will get those benefits … the end of the goods economy and its replacement by an information and services economy … [means that] Investment demand by private firms is likely to stay low, even as greater public investment is desperately needed … We need to invest in human services like health (mental and physical), education and childcare, and in information platforms that break the monopoly power of the tech giants.”

2. The question of whether and how much harm the end of affirmative action had on California education is a much-disputed one. Here is evidence that the harm was great. Read Zach Bleemer. “Proposition 209 and Affirmative Action at the University of California,” in which he writes: “Affirmative action provided very large admissions advantages to mostly-lower-income Black and Hispanic applicants at every UC campus, especially the more- selective … enabled those URM applicants to enroll at more-selective and higher-quality universities, leading to higher degree attainment and higher California wages over the subsequent 15 years. As a result, Prop 209 caused a substantial decline in the number of high-earning, early-career URM Californians that persists more than 20 years later. Affirmative action policies have ‘winners’ and ‘losers,’ but because white and Asian students had alternative access to high-quality public and private universities, there is little evidence that they benefited by the end of affirmative action at UC. Several previous studies have suggested that Prop 209 caused improvements in overall and STEM degree attainment among URM Californians, potentially as a result of “mismatch” between more-selective universities and the academic preparedness of the URM students who benefited from affirmative action.”

3. And here is evidence on the strong positive effect of the 10 percent opportunity program in Texas. Read Sandra E. Black, Jeffrey T. Denning, and Jesse Rothstein, “Winners and Losers?: The Effect of Gaining and Losing Access to Selective Colleges on Education and Labor Market Outcomes,” in which they write: “College admissions processes are fundamentally a question of tradeoffs: given capacity, admitting one student means rejecting another. Research to date has generally estimated average effects of college selectivity, and has been unable to distinguish between the gains to students gaining access and the losses to students losing access. We use the introduction of the Top Ten Percent Rule and administrative data from the state of Texas to estimate the effect of access to a selective college on student graduation and earnings outcomes. Notably, we separately estimate the effects for students who gain and lose access due to the policy. We find that students who gain access to the University of Texas at Austin see increases in college enrollment and graduation with some evidence of positive earnings gains 7-9 years after college. In contrast, students who lose access do not see declines in overall college enrollment, graduation, or earnings.” 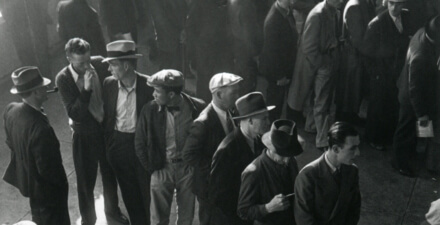