The Washington Center for Equitable Growth recently announced our 2023 Request for Proposals to support research investigating the various channels through which economic inequality, in all its forms, may or may not impact economic growth and stability. One particular area of interest is monetary policy. Indeed, in recent years, policymakers and economists alike have been interested in the distributional effects of monetary policy, especially in the aftermath of policies implemented after the 2008 global financial crisis.

More recently, in light of the current state of inflation, the economic recovery from the COVID-19 recession, and the Federal Reserve’s response, there has been renewed interest in how monetary policy—both expansionary and contractionary—can affect economic inequality and growth. New research examines how monetary policy can affect inequality across different types of workers and firms. As part of Equitable Growth’s Working Paper series, Martina Jasova of Barnard College and her co-authors provide novel evidence on the heterogeneous effects of monetary policy on workers’ labor market outcomes and how effects on firms via the credit channel affect their wages.

The co-authors also find a 1 percentage point decrease in the monetary policy rate reduces the wage gap between small and large firms by approximately 5 percent, and between young and old firms by about 4.4 percent. This is probably because expansionary monetary policy relaxes financial constraints that hit growing firms harder and therefore enables firms to increase the wages of their workers whose wages were previously back-loaded—that is, wages that were lower at the beginning stages of a job in exchange for higher wages at a later stage.

Furthermore, Jasova and her co-authors find that these skills-premium effects are concentrated in smaller, younger firms. As high-skilled and high-wage workers tend to be already employed by large and high-wage firms, expansionary monetary policy is associated with a labor reallocation of the skilled workforce toward smaller firms. The co-authors argue, consistent with the capital-skill complementarity mechanism, that expansionary monetary policy disproportionately enables financially constrained firms to increase both capital investment and employment of skilled workers. These results are consistent with the typical macroeconomic explanation for monetary policy driving faster economic growth, but this research provides novel details that map that macro story onto different firms and workers.

To be sure, expansionary monetary policy is associated with economically and statistically significant wage effects in small and young firms only if they have previous bank-borrowing relationships. In contrast, the effects are null for workers in firms that do not have any bank borrowing in the previous periods. The research therefore illuminates the importance of the credit channel for the distributional effects of monetary policy through the labor market. That is, while smaller and younger firms can benefit the most from the increased access to credit during times of expansionary monetary policy, insofar as it can help alleviate financial constraints, this only matters if the firm has an existing bank-borrowing relationship.

Other economists also have highlighted the ways in which expansionary monetary policies may reduce inequality. For example, a paper by University of Texas at Austin economist Olivier Coibion and his co-authors finds that expansionary monetary policies by the Federal Reserve reduce income and consumption inequality across U.S. households, while contractionary monetary policy shocks increase U.S. income and consumption inequality. The contrasting effects are primarily due to the differences in the composition of incomes and household balance sheets across the U.S. income distribution. Contrary to claims that expansionary policy in the form of low interest rates drove up inequality through asset prices, this work shows the opposite.

In Confronting Inequality: How Societies Can Choose Inclusive Growth, economists Jonathan D. Ostry, Prakash Loungani, and Andrew Berg also find that expansionary periods of monetary policy are associated with reduced income inequality across the globe, with the labor share of income rising and the shares of income going to the top 10 percent, 5 percent, and 1 percent all falling. They conclude that there is evidence that unanticipated, or exogenous, monetary policy easing lowers income inequality.

Monetary policy may have distributional effects on wealth, too, although these effects are less understood. Research by Michele Lenza and Jiri Slacalek at the European Central Bank find that with expansionary monetary policy, high-wealth households tend to benefit from higher stock prices, while middle-wealth households benefit from higher house prices. There are household balance sheet effects, but many low-income households have too little (positive or negative) wealth to be affected through this channel.

Nevertheless, more research is needed to make definite conclusions about the distributional effects of monetary policy, especially during bouts of inflation. We are in the middle of an historic contractionary monetary policy, and research will be needed to understand how today’s policy affected inequality.

There also are other important questions to investigate in order to provide a comprehensive picture of the relationship between monetary policy, inequality, and growth. How do financial market responses to changes in monetary policy affect wealth inequality? How do the costs of inflation vary across household characteristics, such as age, income, or race? How do a household’s asset and debt positions affect its experience of inflation? Equitable Growth seeks to support researchers answering these questions and more. 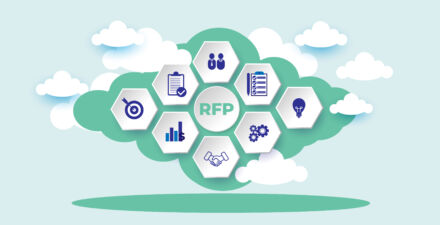 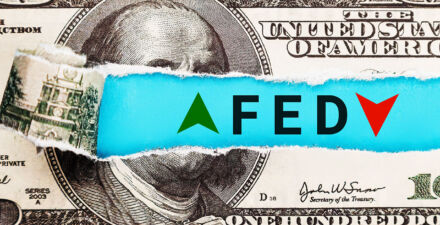