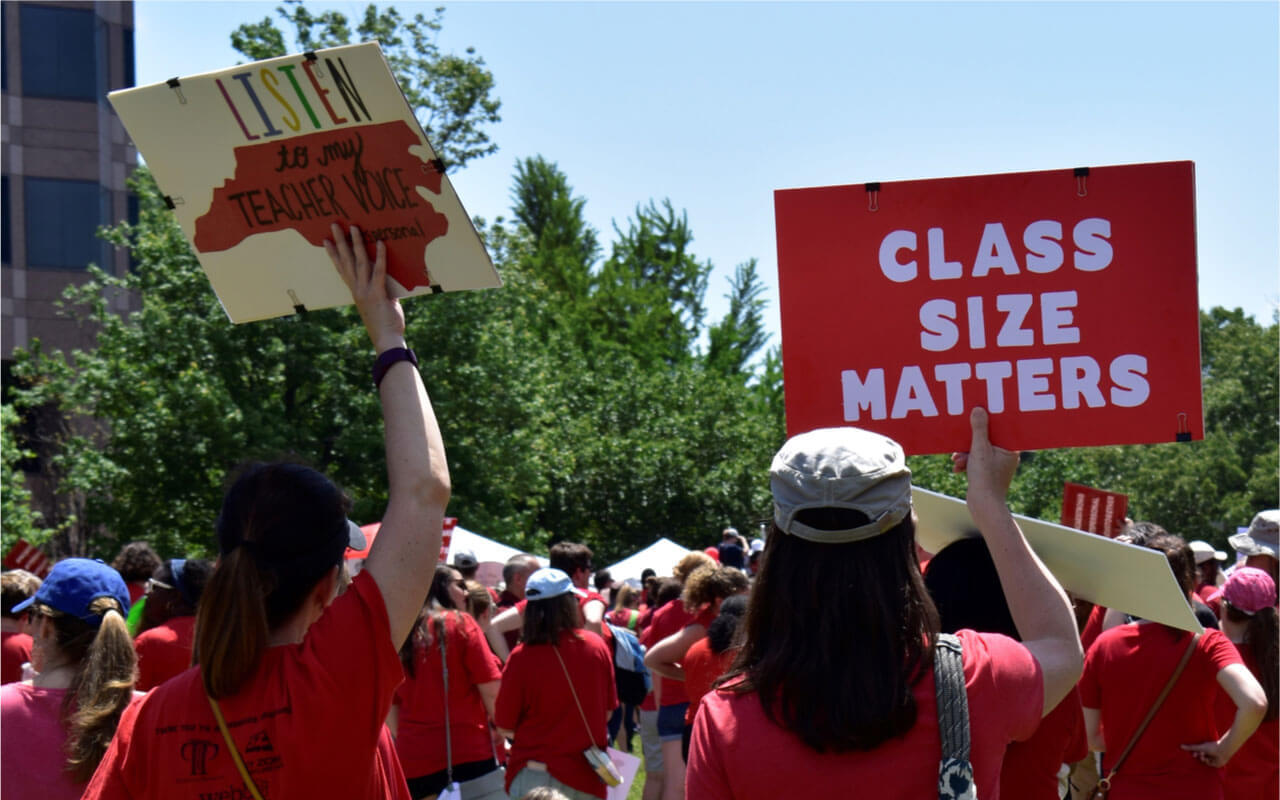 After 40 years of decline in the frequency and scale of labor strikes, U.S. workers are engaging in walkouts, strikes, and other workplace actions in record numbers. Nearly half a million workers were affected by labor action in 2018, the highest number since 1986. Most notable among these actions were the walkouts by public school teachers in traditionally conservative states that became known as the “Red for Ed” movement. The Chicago Teachers Union also is now on strike for the second time in 10 years.

What’s new about these actions is not just the level of activity but also the scope of their demands. In the Chicago strike, as in the Red for Ed walkouts more generally, teachers are demanding both better working conditions for themselves, as well as more resources for their communities. This new surge in strikes is markedly different from the past several decades of relative quiet labor union action. Several new academic studies examine why U.S. workers’ attitudes are changing toward engaging in strikes, but before we examine those studies, let’s first briefly examine the recent history of strikes.

Strikes in the United States have declined in recent decades for multiple reasons. Since the 1980s—and especially since the unsuccessful 1981 strike by the Professional Air Traffic Controllers Organization—employers are willing to simply replace striking workers. That reflects a more general tendency of U.S. businesses to wage a “no holds barred” offensive against labor organizing—even if it means flouting labor law and counting on weak enforcement and penalties from the federal government.

The minimal protections that remain on the books for labor unions are also poorly matched to cope with an increasingly fissured workplace, in which businesses shed legal responsibility for their workers through franchising or subcontracting relationships. Because labor law bars secondary boycotts or strikes of businesses that are not workers’ direct employers, workers in fissured firms often lack the right to strike.

Workers’ diminished ability to exercise collective action has undercut wages since there is no countervailing power against employers who exploit their workers under conditions of monopsony. This decline in worker power has contributed to wage stagnation even amid the current economic expansion and low unemployment levels. Accordingly, the rise in income inequality has closely tracked the decline in union density.

Workers have recognized these developments. Recent research by William Kimball and Thomas Kochan of the Massachusetts Institute of Technology finds that workers are increasingly supportive of the idea of having unions in their workplaces. The percentage of nonunion workers saying that they would vote for a union at their job increased from about a third in the mid-1990s to nearly half by 2017.

Building off of this, recent Equitable Growth-funded research by one of the authors of this column, Alexander Hertel-Fernandez of Columbia University, along with Kimball and Kochan, looks into the specific aspects of labor organizations in which workers are interested. They find that workers prioritize collective bargaining, portable social benefits and training, and help with searching for jobs. Yet they also find that workers, especially conservative and Republican workers, tend to dislike the use of strikes.

Workers’ ambivalence toward strikes may be driven by the decline of strikes themselves. As fewer unions engage in large-scale labor actions, fewer workers have had an opportunity to understand the connection between strikes, labor power, and gains in wages and working conditions. Just-released research by Hertel-Fernandez along with Suresh Naidu and Adam Reich, also of Columbia University, finds strong support for this idea, examining the families who were directly affected by teacher strikes and walkouts in the 2018 Red for Ed states.

Hertel-Fernandez, Naidu, and Reich conducted an online survey of nearly 4,500 adults living in the six original states that experienced teacher walkouts—Arizona, Colorado, Kentucky, North Carolina, Oklahoma, and West Virginia—in January 2019. The survey thus came about six months to a year after the first strikes and walkouts unfolded. A large proportion of respondents—80 percent—overall still remembered the teacher walkouts and were able to correctly articulate the striking teachers’ demands. Most respondents—about two-thirds across all six states—said that they “strongly” or “somewhat” supported the walkouts and their demands.

Perhaps surprisingly, respondents were equally supportive of future teacher strikes in their states, especially related to school spending. Sixty-eight percent of respondents said that they would approve of future strikes by teachers to boost state funding of schools.

But the most striking finding was that parents exposed to the teacher walkouts also became more interested in taking labor action such as strikes at their own jobs. Parents were not, however, necessarily more interested in joining traditional labor unions.

The effect of firsthand exposure to the walkouts on interest in labor action was especially large for parents who were Republican, conservative, or who lacked friends or family in unions—exactly the groups least likely to support the labor movement before the teacher walkouts. This confirms the idea that greater exposure to strikes can generate public support for the strikes and interest in imitating them, rather than backlash, as some might predict.

Both sets of surveys by Hertel-Fernandez and his co-authors reveal a disconnect in the public’s understanding of unions and strikes. In the first survey about preferences for new forms of labor representation, respondents were interested in collective bargaining but not strikes—even though workers’ strike rights grant the bargaining power needed to make collective demands of employers. In the second survey on the teacher walkouts, parents with firsthand exposure to the teacher walkouts correctly recognized strikes as a tool for advancing worker interests but did not necessarily perceive the role of traditional unions in organizing and/or supporting strikes.

The Red for Ed movement is emblematic of nontraditional forms of labor action. Along with Fight for Fifteen and OUR Walmart, these movements did not conduct traditional collective bargaining over a contract between a union and an employer and using the strike as a threat when the bargaining process faltered. Instead, they waged successful public campaigns that pressured powerful stakeholders to support improved job quality for broad sets of occupations and industries. Ruth Milkman of the City University of New York has noted that these are similar to those actions of workers and unions prior to the passage of the 1935 National Labor Relations Act, which protected the right to strike. While these successes have been heartening, the labor movement and effective pro-labor enforcement can also play a role in supporting collective action to build on these gains.

Ultimately, a revived U.S. labor movement will require both greater grassroots energy and collective action—such as the teacher strikes and walkouts—and stronger traditional institutions of bargaining and representation. Widespread grassroots collective action is needed to build public awareness of, and support for, labor reform, while stronger traditional labor organizations are needed to translate worker demands into better wages, benefits, and working conditions at scale across the U.S. economy. Recent research, including the studies reviewed here, can play an important role in understanding how workers think about the labor movement and labor action—and the possibilities for rebuilding worker voice in the United States.

How U.S. Workers Think About Workplace Democracy: The Structure of Individual Worker Preferences for Labor Representation