Read media mentions of Equitable Growth, our staff, and our network.

New report aims to restore competition in next administration, new Congress FOR IMMEDIATE RELEASENovember 19, 2020CONTACT:Erica Handloff, 202-746-5747ehandloff@equitablegrowth.org WASHINGTON – Today, the Washington Center for Equitable Growth released a new report outlining a roadmap for the next administration and the incoming 117th Congress to address rising market power and restore a competitive U.S. economy. The […]

New round of grants places a particular emphasis on racial and ethnic elements of inequality, economic mobility, the impact of domestic outsourcing, market concentration, and climate and the environment CONTACT:Erica Handloff, ehandloff@equitablegrowth.org Washington, D.C. – The Washington Center for Equitable Growth today announced that it will award research grants totaling $1,074,060 to seek evidence on important issues […]

Washington, DC – When Congress passed the CARES Act in March, leaders of many progressive organizations supported their efforts to provide relief to millions of people across America, while acknowledging that the CARES Act was an initial step, but wholly insufficient on its own, to address the massive economic crisis catalyzed by COVID-19. In the ensuing […]

Following is a statement from Heather Boushey, president and CEO of the Washington Center for Equitable Growth: At Equitable Growth, we stand with our Black colleagues and Black families across the country who every day shoulder the legacy of White supremacy and systemic violence older than the United States itself. We condemn the recent murders […]

“The legislation that just passed the Senate is a small, but wholly insufficient, step in the right direction.” “This is not a moment for small measures or early declarations of victory. Congress must get to work immediately on additional legislation.” Washington, DC – Today, following the Senate passage of interim coronavirus response legislation, leaders of […]

Washington, DC – Today, leaders of progressive research, policy, and advocacy groups released the following statement calling on Congress to move quickly to pass a robust legislative package that meets the scale of this crisis. The leaders laid out four specific principles that must guide congressional action to ensure that upcoming legislation puts workers, Black […] 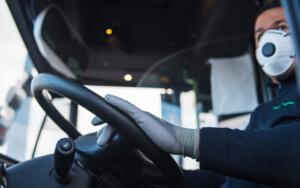